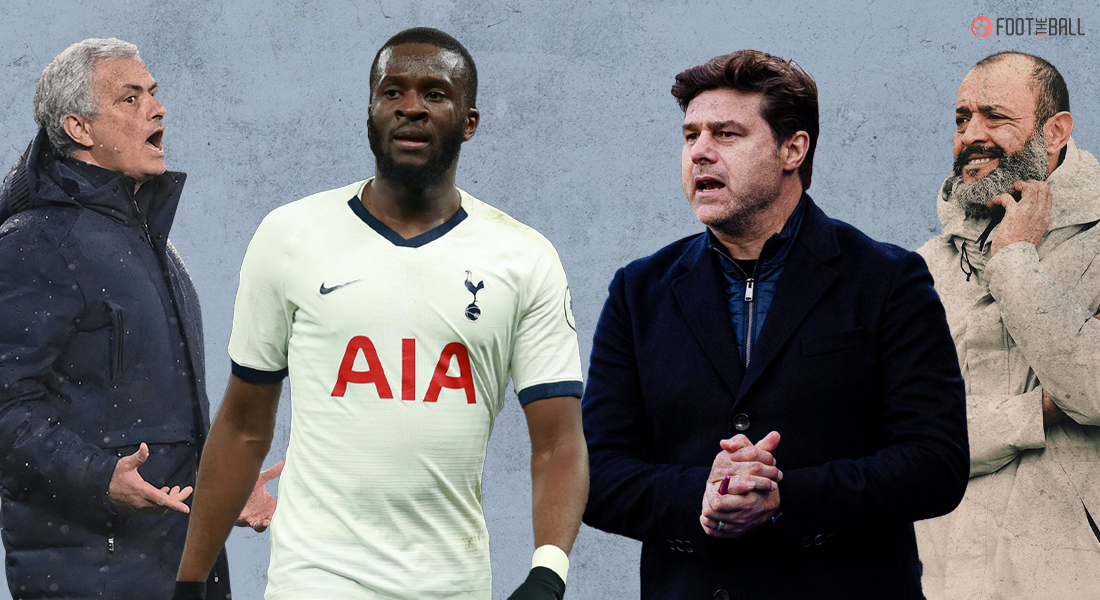 “Ndomballer” is the term used by Tottenham fans dearly whenever Tanguy Ndombele drops a sensational performance on the field. But according to the recent reports from England, Ndombele has told the club that he wants to leave this summer.

After being snubbed by Nuno Espirito Santo in their recent conference league fixture, the French midfielder has decided to leave the club. Ndombele is the most expensive signing in the history of Tottenham Hotspurs.

Tanguy Ndombele has asked to leave Tottenham this month…

How would you describe his time at Spurs using just one word? 🤔 pic.twitter.com/L0b3CWGeIh

Ndombele has failed to live up to the hype in North London after his big-money move in 2019. Though there were flashes of brilliance, they weren’t consistent enough for him to build his Tottenham career. He has only eight goals and as many assists to his name in two years at the Tottenham stadium. Though it’s hard to judge him by his goal returns, it does tell something about him given he has made 75 appearances for them.

Ndombele was plagued by injuries and a strange lack of stamina throughout his spell in London. His career was one step forward and two steps backwards due to the managerial changes too. Ndombele played under as many as four managers in two years and failed to completely impress any one of them. Recently, the new manager Nuno Espirito Santo has excluded Ndodmbele from all games this season. This made Ndombele submit his transfer request. Tottenham have to deal with this saga as well as Harry Kane’s.

Tottenham manager Nuno on Ndombele situation: “I can be completely honest with you, Tanguy is not going to be involved in the squad on Sunday”, he said to @jonathandveal83. ⚪️ #THFC

Spurs board are now looking for a solution in order to sell Ndombele in the next 12 days.

A top-class midfielder and only 24 years old, there’ll be no shortage of suitors for Ndombele. Foreign clubs like PSG, Barcelona and Inter Milan have all shown interest in the past. But Tottenham in today’s pandemic riddled market would struggle to recoup their hefty fee paid for Ndombele and might suffer a loss.

Tottenham reached the Champions League finals in 2019 and were a formidable side under Pochettino. What they lacked was a dynamic midfielder who could defend as well go forward and have an impact. They decided to dip into the market to address that issue.

Ndombele was a stand-out star in the Lyon side that was on the up in France. His dribbling ability is absolutely world-class and his tenacity to shift between attack and defence made him an undroppable starter for the Ligue 1 side. He was also a versatile player who could succeed as a 6 or an 8 or a 10 in the midfield.

Pochettino was impressed with the French man and they shelled nearly £60 million to bring him to London. Though it takes time to settle in the Premier League, Ndombele showed no glimpses of it on his debut. He scored a sensational goal from outside the box to help his side recover from a 1-0 deficit against Aston Villa. He showed immediately what he brought to the table at Tottenham. But as the season rolled on Ndombele struggled to adjust to the pace and intensity of the Premier League.

Mauricio Pochettino on #thfc debutant Tanguy Ndombele: "It was a fantastic performance. But to be honest there is a lot to improve, he only showed 30 or 40 per cent of his potential. He has amazing potential to improve." pic.twitter.com/f6UzJOyMMP

Besides, he just walked into a side that played some of its better football in the past few years. Naturally, their game dropped and the manager Pochettino was axed as a result of their poor form. It proved to be a premature decision as he just led them to a Champions League final. Pochettinno was just trying to bring the best out of Ndombele and ease him into the squad again. As soon as he left, Ndombele was left at a crossroads.

In a stunning turn of events, Jose Mourinho was drafted into the Tottenham stadium. The Portuguese manager was a master of winning trophies, something that Tottenham craved for. Mourinho is a perfectionist and demands maximum efficiency from each and every player. At times, he uses harsh tactics like calling out a player in public to improve him.

🗣 "His words didn't hurt me. They didn't necessarily motivate me either"

📅 Tanguy Ndombele speaking about Jose Mourinho's criticisms of him in October 2020 pic.twitter.com/pz3Tsv2DaH

Ndombele has low stamina on the pitch which doesn’t let him perform to his full capacity. He also has few lapses of concentration in games during critical junctures. Mourinho was clearly frustrated with him as he failed to track back opposition players.

After a 1-1 draw with Burnley, he said, “He’s a player with great talent. He has to know he has to do much better and know I cannot keep giving him opportunities to play because the team is much more important”. Ndombele’s attitude was constantly questioned at times and tensions escalated when he returned from the pandemic enforced stoppage in the season.

Mourinho criticized Ndombele’s fitness and the player didn’t want to play any further under Mourinho. He wanted to leave the club after a solitary season and the arrival of Pierre-Emile Hojbjerg meant things only got worse. PSG considered buying Ndombele but were put off by his price tag set by Tottenham.

But Ndombele stayed beyond the window and his relation with Mourinho healed. He was freed from his defensive role and given an attacking role where he played some of his best football in Tottenham. A magical performance against Sheffield United, cute skills dropping N’Golo Kante to the floor were some highlights. He won Mourinho’s trust only for Mourinho to be dismissed midway again.

Interim manager Ryan Mason was never impressed with Ndombele in training and froze him out of the squad near the end of the season.

NO NONSENSE WITH NUNO

Another new manager meant a fresh chance for Ndombele to impress at Tottenham. Nuno Espirito Santo wasn’t Spurs’ first choice but they ended up with the Portuguese manager. Since Ndombele wasn’t involved with France national team in the summer, he reported to the training camp at the earliest.

Nuno got a glimpse of the versatile midfielder but wasn’t fully convinced by him. His commitment in the training wasn’t enough for Nuno to include him in his pre-season friendly squads.

❌"My job here is not to convince players to play for Tottenham Hotspur.”

💪🏾”It is to prepare players to play for Tottenham Hotspur."#THFC #COYSpic.twitter.com/VH4oc9m2HI

Despite missing the pre-season friendly games, he was hoping to be a part of the matchday squad against Manchester City on the opening day. Left out again, he was furious at Nuno. The final nail in the coffin was struck midweek when Nuno opted to field a second-string eleven including two teenagers against Pacos Ferreira in the inaugural Conference League.

Ndombele didn’t make it to the 25 man squad either. This prompted him to hand in a transfer request as he seeks a new challenge to reinvigorate his spark.

🚨| Ndombele has his eyes set on a move to Real Madrid / Barcelona / Bayern but to be honest in this window that feels unlikely. No-one has any money! Still, a lot can happen in the last 11 days of a transfer window so let's see if they can find a solution.

With less than 10 days remaining in the window, Ndombele has to find a club soon. PSG signed Wijnaldum and might not return for him. Inter Milan are on the look for a creative midfielder to cover for Eriksen. Barcelona might also need Ndomeble as they look to ease Pedri and de Jong in the season. The story of Tottenham’s most expensive signing might end sadly with a loss for the club.