The 2021-22 season is finally on the cards and teams are not bowing down to anyone in the transfer market as they continue to splash the cash in order to bring their primary target for the upcoming campaign.

The coronavirus pandemic has seen clubs lose a lot of revenue last summer which hampered their transfers but that is not the case this time around as matchday revenue is set to return to the clubs when the season starts.

So we, at FootTheBall, are here to look at ten of the most expensive transfers that have happened this summer and how much each of them has gone for.

Note: All prices are the principal amounts (without add-ons) and are reported in Euros to have uniformity.

Jadon Sancho is finally a Manchester United player after a long-lasting saga that saw nearly hundreds of negotiations between United and Borussia Dortmund regarding the fee of the transfer. The German club demanded a straight-up €120 million last season for the youngster and Ed Woodward and his colleagues at United will be quite happy that they did not cough up last season and managed to bring him in nearly €35 million cheaper.

The 21-year-old steps into Old Trafford as the second most expensive English player, after his Red Devils captain Harry Maguire and at €85 million, Manchester United have got hold of a relative bargain in the transfers of the summer, when compared to the winger’s quality.

After losing out on the league title to Lille and crashing out from the Champions League once again, Paris Saint-Germain looked determined to compete on both fronts strongly this time around. They have not wasted any time in not only bringing in world-class players on free transfers this summer such as Gianluigi Donnarumma, Sergio Ramos, and Georginio Wijnaldum but also splashed the cash to bring Achraf Hakimi from Inter Milan.

The Moroccan arrives in the French capital for a principal amount of €60 million and an additional €11 million in addons. With the right-back position being an eternal problem for PSG, it is now solidified potentially for the next decade with the arrival of the former Real Madrid youth product.

After being linked with a move away from RB Leipzig since the start of the 2020-21 season, Dayot Upamecano has finally got his transfer, with Bayern Munich being his destination. Although it will be a new atmosphere for him in Bavaria, he will be joined by his head coach at Leipzig, Julian Nagelsmann, who has been appointed as the manager of the German Champions in place of Hansi Flick.

Although the fee hasn’t been officially announced, it is widely reported in the media that the Bavarian club had triggered the Frenchman release clause of €42.5 million in February itself, so has to sign the talented defender before anyone does.

Upamecano is not the only centre-back leaving this summer from Leipzig as his partner and countryman, Ibrahima Konate is set to move from Germany to join Premier League giants Liverpool in a deal worth around €40 million. 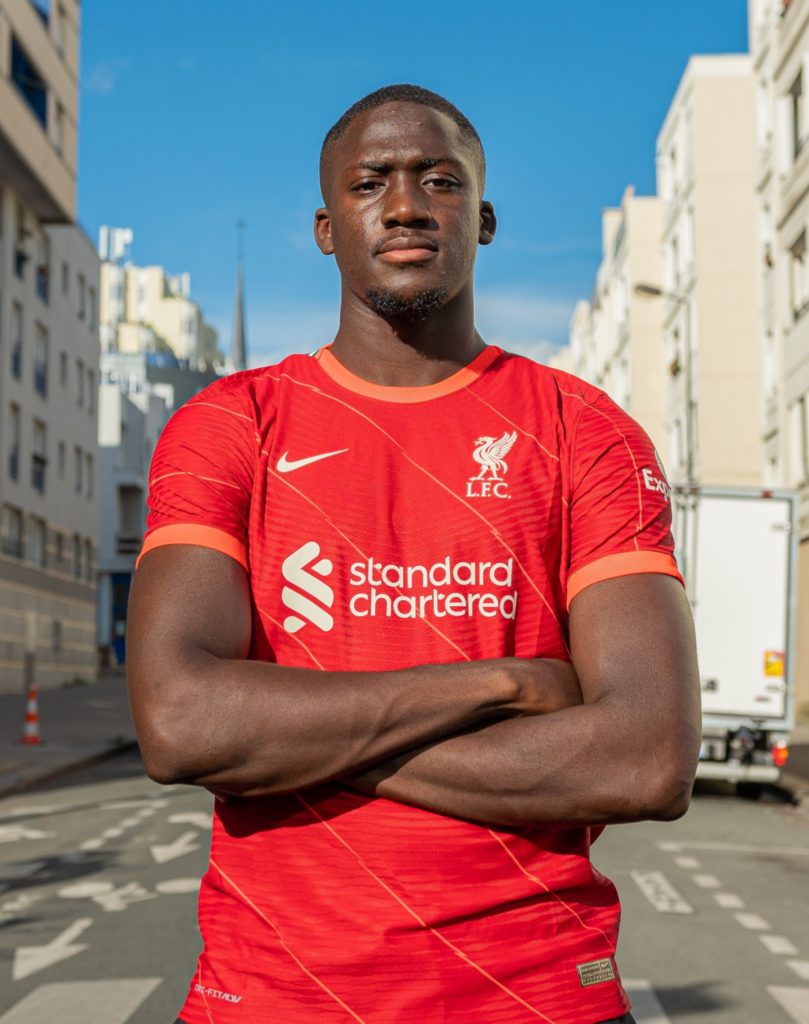 Konate during his unveiling as Liverpool player after his transfer from RB Leipzig in the summer. (Image Courtesy: Liverpool / Website)

Liverpool’s defensive frailties were visible throughout the season and those performances had shown the importance of Virgil van Dijk in that backline. Konate, whose release clause was triggered to bring him to Merseyside, will have to fight for his place in the starting eleven, given the chemistry between van Dijk and Joe Gomez but he is set to be ahead of Joel Matip in the pecking order due to the Cameroonian’s awful injury record.

He had shown his quality during Norwich City’s 2019-20 Premier League season in which the Canaries got relegated back into the Championship.

With 15 goals and 16 assists during his third season with the Norfolk club, Emiliano Buendia has been one of the main reasons for their promotion back into the English top-flight. He has been subsequently become one of the transfers of this summer to Aston Villa, costing for a club-record €38.5 million, which could rise to €46.6 million with add-ons.

With captain Jack Grealish potentially moving from Villa to Manchester City in what could be the biggest transfer of this summer, Buendia will most certainly be his replacement in midfield and the fans will hope that the Argentine can somewhat replicate what the Englishman had done at the club over the past 3-4 years.

Although the transfer might have been decided before the start of the Copa America in the summer, Rodrigo De Paul’s performances for Argentina, who eventually became the champions, might indicate that the Rojiblancos have got a bargain at €35 million for the skilful midfielder.

🆕🏧 @rodridepaul is already red and white!

A versatile and ball-carrying midfielder, the former Udinese man is no slouch in front of goal or providing assists for his teammates, as he provided his side with a dazzling 19 goal contributions in the last league campaign and this is a welcome addition to any team defending their league title.

When Fikayo Tomori made his move to Milan in January of 2021 on a six-month loan with an option to buy in the summer, a majority of Chelsea fans had thought that the Englishman will be given more game time after returning to Stamford Bridge. 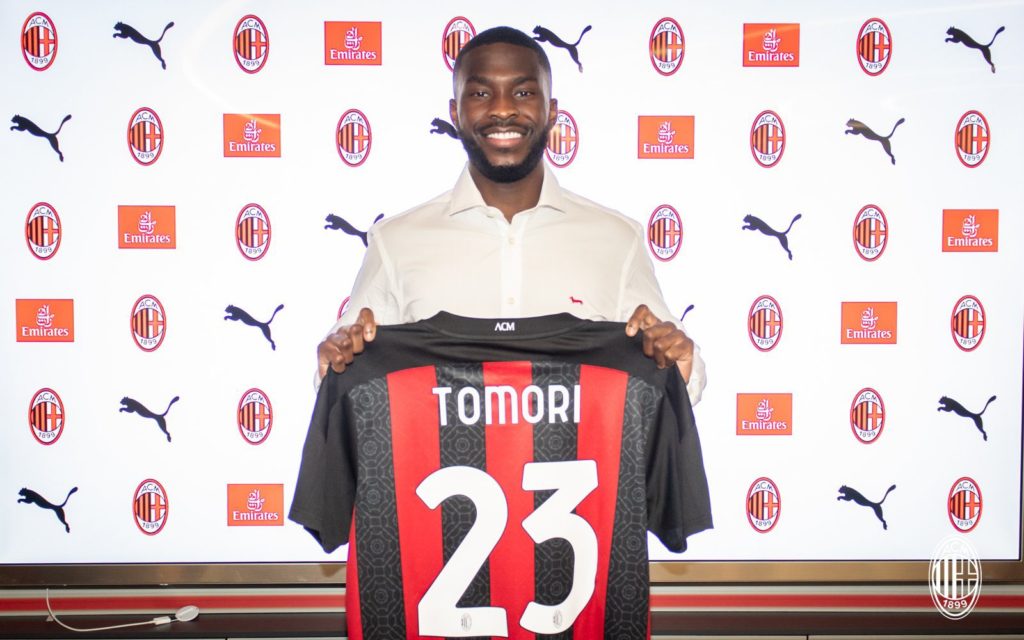 Alas, it wasn’t to happen as AC Milan had officially triggered the option to buy the defender for a reported €28.5 million. Such were the performances of the 23-year-old for the Rossoneri and the fee paid now feels like a bargain as he continues to improve at a rapid rate.

With Jamie Vardy turning 35 in January of 2022, Leicester needed to find his replacement quickly and they went on to do that by bringing in 22-year-old Patson Daka from Red Bull Salzburg for a fee of €27 million. 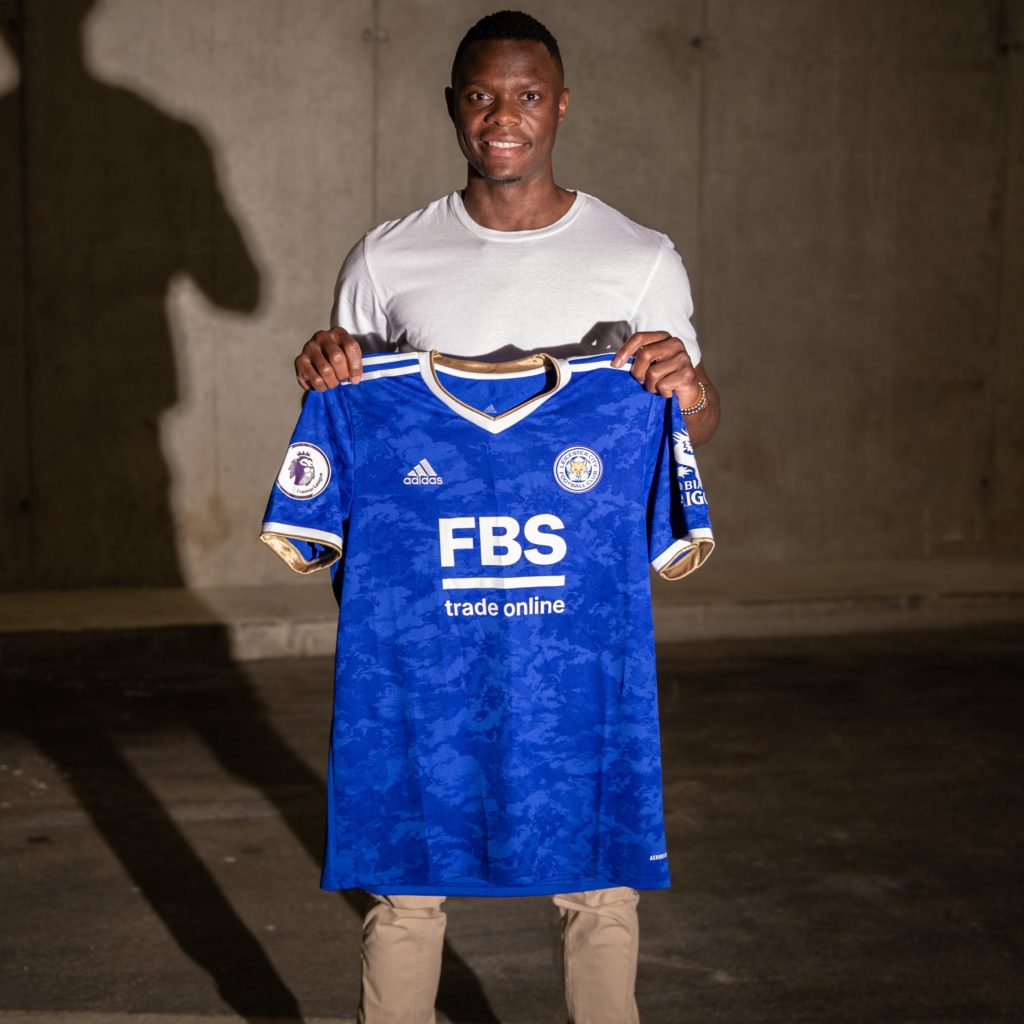 Patson Daka posing with the Leicester home jersey after his move from RB Salzburg in the summer. (Image Courtesy: Leicester City / Twitter)

The Zambian forward has been doing monstrous things in the Austrian capital as he helped the club win their 15th league title by scoring 27 goals and assisting a further four goals in 28 appearances. The youngster can turn out to be a coup for the Foxes in the current transfer market and will hope that he continues his progress merrily in England.

It will be a second chapter for Gerson in Europe as he makes his move to Olympique Marseille for a reported €25 million and he will want to make it count this time around after failing for the first time during his time at Roma and Fiorentina in the Serie A.

Marseille, who finished fifth in the league last season, have conducted some of the most impressive transfers this summer, with sporting director Pablo Longoria winning praise from all across the country.

Les Phocéens have not only secured the Brazilian this summer but also bought in players such as Matteo Guendouzi and William Saliba on loan from Arsenal along with Cengiz Under from Roma, and also youngster Konrad De La Fuente from Barcelona in a deal worth €3 million.

Like Fikayo Tomori, academy Marc Guehi had impressed everyone during his loan spell at Swansea City in the Championship last season, where he was arguably the best defender in the whole of the English second division.

So, his move to Crystal Palace for €23 million from Stamford Bridge has understandably angered the Chelsea fans, and while the fee sound high for a 21-year-old who has never appeared in the Premier League, it is a testament to his quality and Patrick Vieira and everyone else at Palace will hope that the youngster will leave up to his expectations.