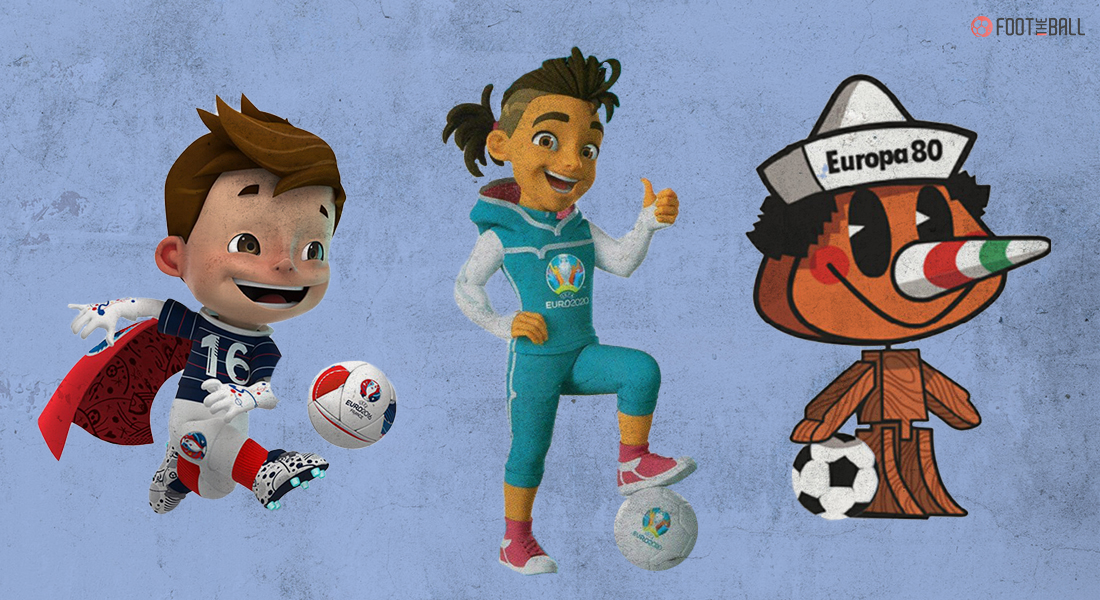 The European Championships are set to get underway from Friday. Along with all the players, managers, goals, fans and all the excitement on show, there is also another component that makes the Euros so great. It is the mascots that make the tournaments so fun and engaging for people of all ages, due to their colorful nature and themes they are based on. In honour of Euro 2020, FootTheBall looks at all the mascots that have been a part of this international tournament over the years.

The first Euro to have a mascot. Pinocchio, whose birthplace is Florence in Italy, is one of the most revered children’s characters in the world. To draw attention to the game and bring children’s interests more into the championship, Pinocchio was chosen.

Next up is #EURO2020… Keep your 👀 on 🇳🇱🇩🇪 tonight! pic.twitter.com/yxsbY5qTQM

Its distinct feature- the long nose of Pinocchio as shown in the books for children, was coloured in the flag of Italy. It was also given a white hat to wear which had the inscription of “EUROPA 80.”

Moving to Italy’s neighbour, the 1984 tournament saw the first use of an animal, rather a bird, for the mascot. Peno was the cartoon version of a white rooster, as the bird is considered a national symbol in France. 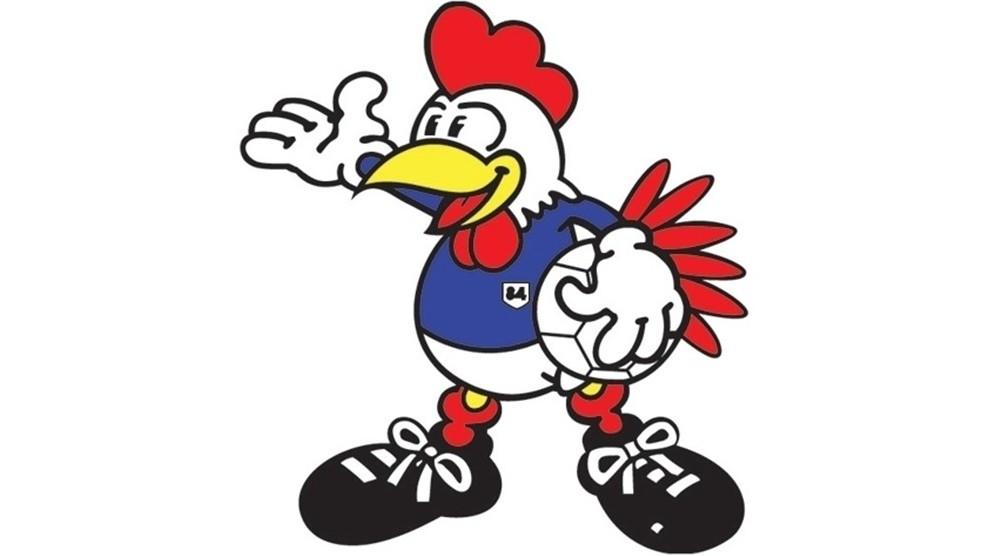 The France national team also sport a cockerel on their crest. To give it a more festive look, it was dressed in footballing attire including boots and gloves. Furthermore, it was also shown holding a ball with its hands in support of the competition.

Another animal, another cartoon though one huge and full of energy in line with the game of football. West Germany got a cartoonish version of a Flemish Grey Rabbit, and its outfit was very creatively designed. It wore a black jersey with the word “UEFA” on the front. 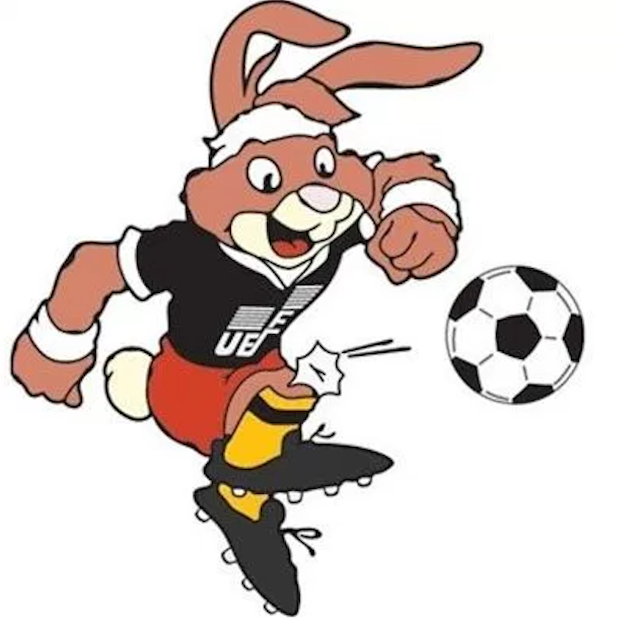 Alongside, it was shown to be donning red shorts, yellow socks and black boots. All these colours are the hallmark of the German national flag. Berni was also given a headband and wristbands, both in white.

Not much artistic flair to talk about in this one with the Nordic nation going the way of its predecessor from four years ago. Rabbit was, like its name suggests, a rabbit which was donning the colours of the Swedish flag this time. Therefore, instead of the black jersey, Rabbit had a yellow one with its edges in blue. 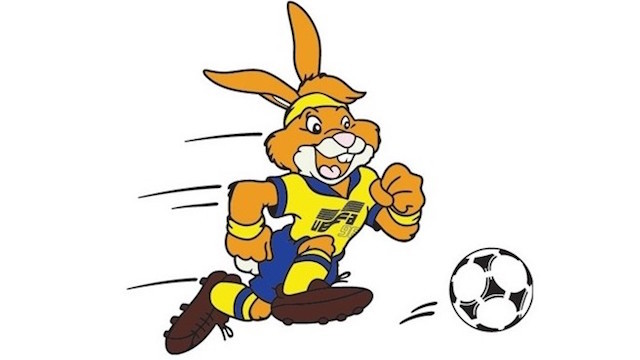 Its shorts were fully blue while the socks were yellow with a blue band. Complete with headband and wristbands (yellow), it was also depicted as playing with a football or jumping around.

Nothing like a bit of nostalgia for the English. Goaliath was modelled on the original World Cup mascot from 1966, England’s shining moment in international competition. Goaliath was a lion, like the ones found on England’s national team jersey since they are nicknamed the ‘Three Lions.’ 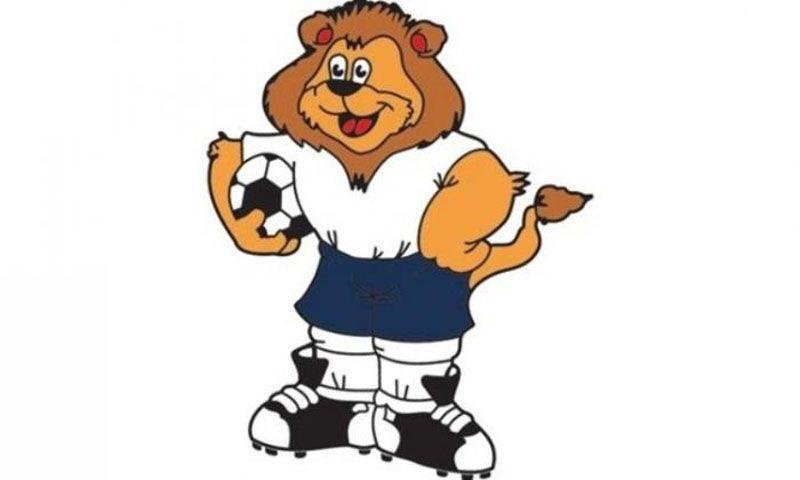 It was dressed like the football players in full kit and boots. Goaliath was also found to have a football along with him in his arm, and had an enlarged cartoonish head in order to make it more appealing for all in the land. The name is of course, a pun on Goliath the giant, been modified to ‘goal’ for footballing reasons.

One of the most creative and artistic designs for a mascot, since it incorporated two countries. Benlucky was a lion, since the animal is present on the crest of the Dutch national team. It had the devil’s tail, in reference to the Belgian national team called the ‘Red Devils.’ It was further seen wearing football boots and holding a football.

However, the most striking aspect of the whole mascot has to be the mane. It was in five colours to show the flags of the two countries hosting it. Even the name ‘Benelucky’ is a portmanteau given to the trio of the Netherlands, Belgium, and Luxembourg with the addition of “lucky” at the end in wishing the participating teams.

After the colourful production from four years ago, 2004 was a much more sedate affair. Kinas was a cartoon boy dressed in the kit of the Portugal national team designed by Warner Bros. The most noticeable thing about him was his flat hair that rose till the back of his head. 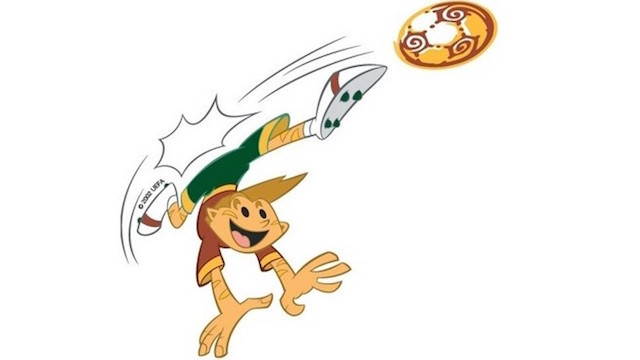 Kinas’ name was taken from the ‘quinas,’ taken from the Portuguese coat of arms. He was always shown playing with a football, embodying passion and energy and had the talent of top football players from all generations.

The names were chosen from a fan poll held across the host nations. Trix and Flix were twins, designed by Rainbow Productions and Warner Bros. in collaboration. They were shown to be two cartoon children wearing the colours red and white.

One had a red jersey and white shorts, while the other carried the exact opposite. Their hair was shown in spikes and the logo of the tournament appeared above the opposite eyes of each mascot.

Another set of twins and produced by the same pair from 2008 with names chosen through poll. They were two child-like cartoons, each dressed in the respective colours of each host. Slavek had white jersey, red shorts, white socks, and red boots to signify Poland. 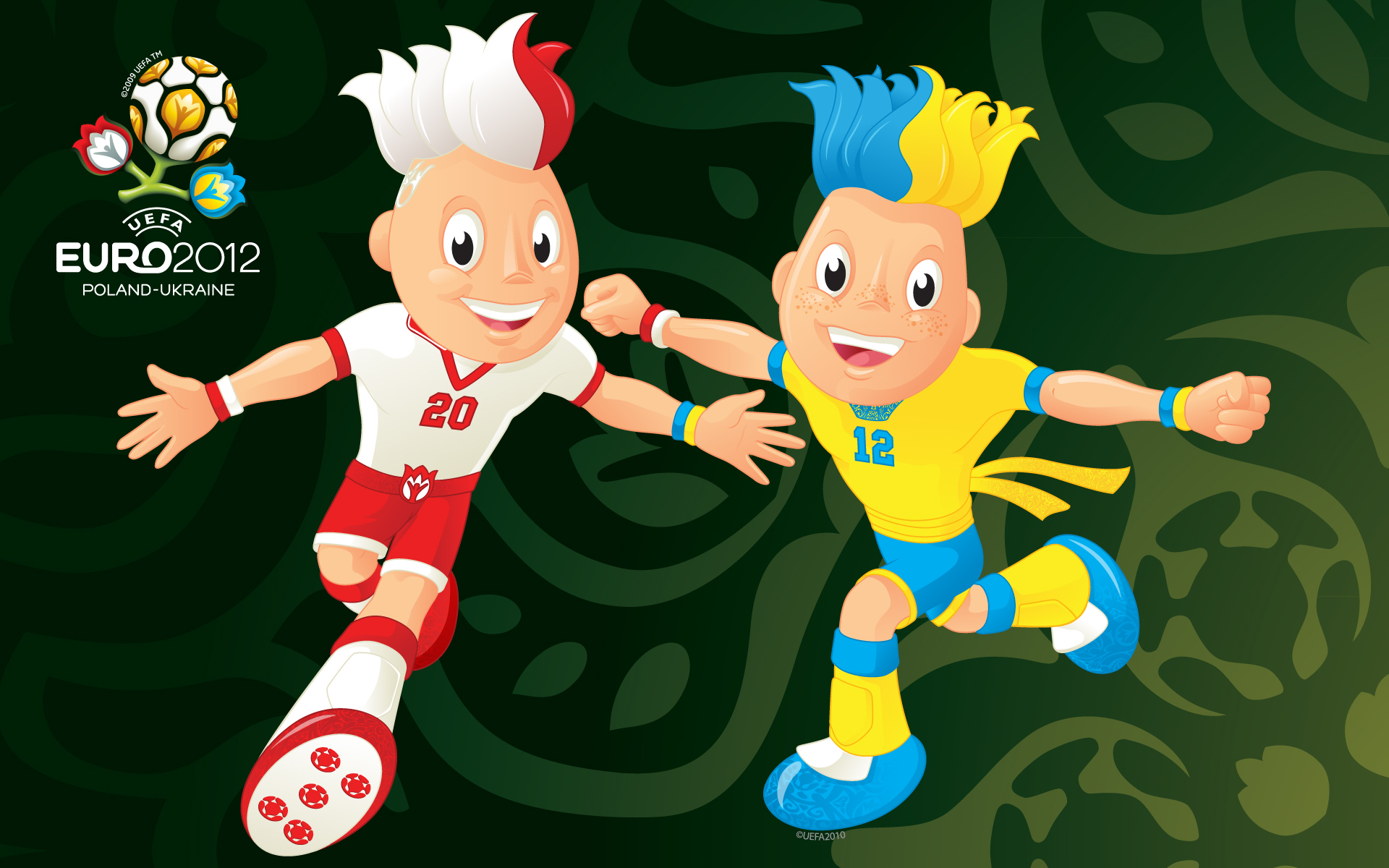 On the other hand, Slavko was seen in yellow jersey, blue shorts, yellow socks, blue boots to depict Ukraine. Their respective hairstyle was also modelled in the hosts’ colours. Slavek had half white-half red hair while Slavko sported half blue-half white.

The name is pretty clear in what the mascot will tend to be. Super Victor is a child superhero who wears the kit of the French national football team. He is given a red cape too, to form the trio of blue, white and red colours. Super Victor also has boots and gloves, along with a ball at all times.

His powers come from the cape, boots, and ball to reach victory while the name was chosen by a fan poll once again. The most adult thing about this whole mascot was the fact that his name coincided with the name of a ‘sex toy’ so one can understand why fans were excited for this name.

The 60th birthday of the Euros will see the competition have a mascot inspired by the streets and cities. Since the tournament will travel all across Europe, Skillzy is a freestyle baller who is inspired by the culture of panna skills, free-styling, and display of skills.

Skillzy wants to take the love for the game and express it on the grandest of stages. He will be hitting the streets of Europe with his ball and inspiring the youth to take to the game in playing it their way.