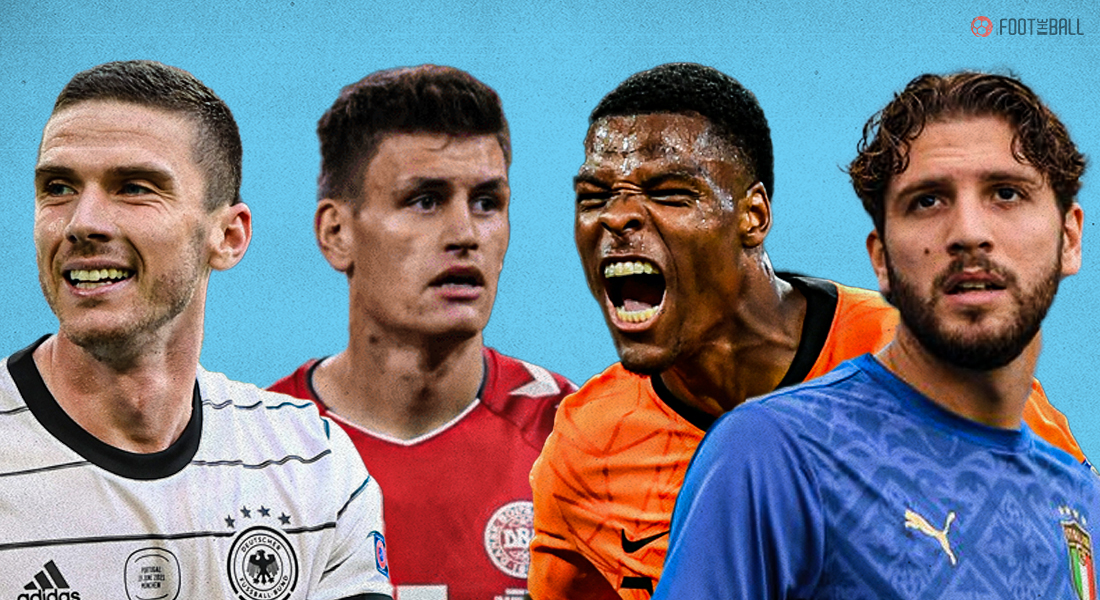 Euro 2020 enters its final showdown on Sunday as England face-off against Italy at Wembley in London, in what is sure to be a fascinating clash between two heavyweights.

🇮🇹🆚🏴󠁧󠁢󠁥󠁮󠁧󠁿 Italy versus England at Wembley Stadium on Sunday 🔥

Who is lifting the 🏆❓#EURO2020 pic.twitter.com/tYSEzNjAkI

As the tournament went on, players have emerged from each nation and showcase their talent in front of big crowds and millions virtually, and have made a special name for themselves.

Calling them “Breakout Stars” as they break out from the cocoons of a team to display what they are capable of and today we look at 10 of those, who have broken out at Euro 2020.

One of the players of the tournament, Joakim Maehle has arguably been the biggest breakout star of Euro 2020 and has quickly cemented his place in the future plans of Kasper Hjumland, along with etching his name in the folklore of the history of the European Championship.

A right-back by trade, Maehle featured on the opposite side for nearly the entire tournament, displaying his versatility across the pitch as he had also played as a midfielder at times in some games.

3 – Joakim Maehle has been involved in three goals in his last three games for Denmark (2 goals & 1 assist), that's more than in his other 12 appearances for his country (2 goals). Shape. #EURO2020 #DEN pic.twitter.com/l03hdzUXT9

Not only do two goals and an assist in six appearances sound good for a fullback, he has been the player in the tournament with the most number of entries into the opposition’s box (12), which indicates his talent and skill and what Denmark possesses for the future.

Up stepped the then 20-year-old, now 21, Mikkel Damsgaard, who first impressed in the game against Belgium but was on another level during the game against Russia and continued his dazzling performances throughout the tournament.

He capped off the tournament with an outrageous free-kick against England in the semi-final, but it was not enough for Denmark to defeat the Three Lions and continue their fairy-tale.

Although, the CEO of Sampdoria, Damsgaard’s present club, has ruled out a move for the youngster, a big-money offer from the top clubs can tempt the Italian club to cash out in the present pandemic conditions.

After a successful season with Real Sociedad in the Spanish La Liga, Alexander Isak came into the Euros as the main striker for Sweden after an injury to their talisman, Zlatan Ibrahimovic, ruled him out of the tournament before it even started. Replacing Zlatan Ibrahimovic is not an easy task, but Alexander Isak has done a commendable job for Sweden this Euros. (Image Courtesy: UEFA / Website)

Although he did not score any goals despite being one of the two strikers up front in Janne Andersson’s 4-4-2, Isak displayed his playmaking aspect in the entire tournament as he registered two assists in the four games that Sweden played and was also responsible for playing a killer pass into Robin Quaison that won the Swede a winning penalty in the game against Slovakia.

Many clubs were eyeing Isak after his side’s exit from the tournament but in a surprise move, the striker signed a new deal with La Real till 2026, reiterating his confidence in the Basque club’s progress.

There are many instances where the goal of the tournament is scored in the middle or near the end of the campaign, but Patrik Schick was responsible for scoring it in the first week, an outrageous curler from the halfway line.

Tied for the Golden Boot with Portuguese superstar Cristiano Ronaldo, Schick was Czech Republic’s true talisman as he scored five of the six goals that his team scored in the entire tournament.

After an underwhelming season with Bayer Leverkusen, Schick popped off in the tournament for his national side and it would not be a surprise if the big clubs come calling for him in the summer.

Another defender, this time for the Netherlands, Denzel Dumfries has been the star of this vibrant Dutch team which had been unlucky in their loss against the Czech Republic in the Round of 16.

The 25-year-old was a constant attacking threat down the right-hand side for Frank De Boer’s swashbuckling side and bagged his first international goal with the winner in their 3-2 victory over Ukraine in Amsterdam.

Dumfries went on to continue his impressive form by scoring another goal in the 2-0 win over Austria and also won the penalty that Memphis Depay scored with confidence. A move to the big clubs awaits him in the summer, with Inter Milan keen to replace Achraf Hakimi, who made his move to Paris Saint-Germain last week.

Roman Yaremchuk just might be the dream striker of every team. He is fast, has finishing skills, a good header of the ball, and is physical enough to bully the opposition defenders.

And that is why teams such as West Ham United, Arsenal, and Everton are eyeing the Ukrainian forward in a summer transfer after his exploits at Euro 2020. 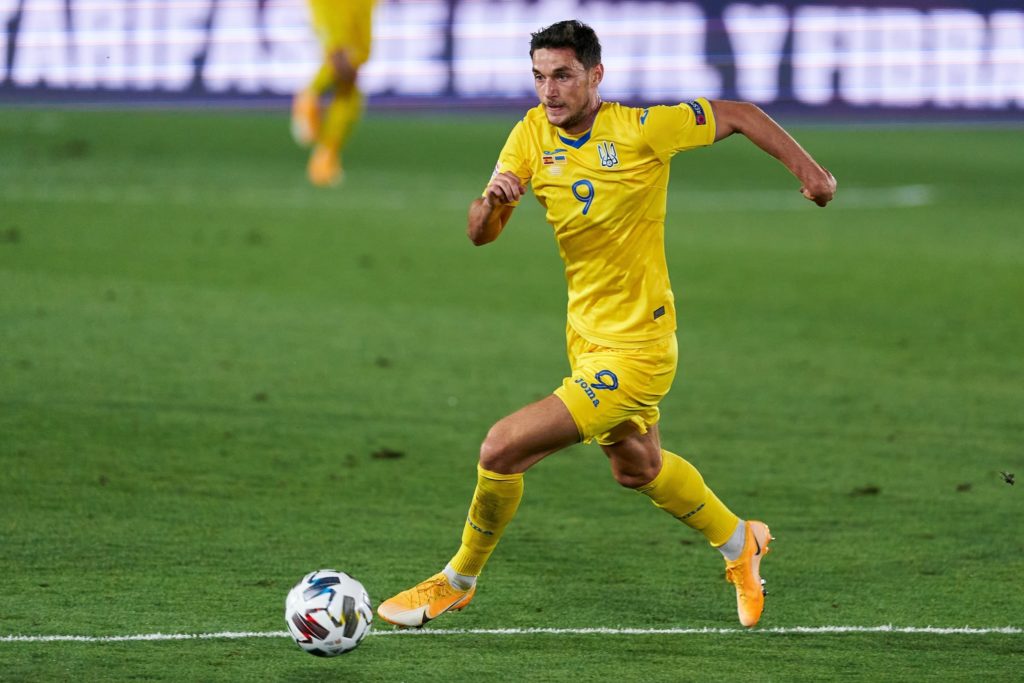 Alongside captain Andriy Yarmolenko, Yaremchuk has been Ukraine’s breakout star in Euro 2020 and played crucial roles in securing the wins against North Macedonia in the group stage and over Sweden in the Round of 16.

A move from Genk in the summer looks almost certain, but to where, it is not known yet.

Another of Atalanta’s factory of flying wing-backs, Gosens produced one of the best displays of Euro 2020 against pre-tournament favourites Portugal in the group stage as he was primarily responsible for the Die Mannschaft’s 4-2 victory, which helped them recover in the group of death after a loss to France.

His all-action display down the left flank was topped off with a thunderous header on the hour mark from Joshua Kimmich’s pinpoint delivery. Two minutes later, Gosens left the field to a standing ovation on only his ninth international appearance.

He has been quite the journeyman since his youth days, having gone from Germany to the Netherlands before finally settling in Italy. And if everything goes right, he might have to find a home in Spain, as reports suggest that Real Madrid and Barcelona are looking to prise away the German from Atalanta.

Since his impressive performance in the opening game of the tournament against Turkey for the Azzurri, Manuel Locatelli has caught the eyes of football fanatics across the globe.

The engine room for Italy in the whole of the group stage, Locatelli scored twice in the second match against Switzerland and showed his attacking instincts along with his talent of controlling the game.

Although he did not play a major part in the knockout stages due to the return of Marco Verratti from injury, Locatelli was instrumental in the games against Belgium and Austria as he controlled the game in the dying minutes and helped Italy reach the final.

After Patrik Schick, Vaclik was Czech Republic’s most important player in the group stages and in their run to the quarterfinals.

He was the reason for the Czechs keeping two clean sheets against Scotland in the group stage and the Netherlands in the Round of 16 fixture while he held the fort against Croatia after conceding the first goal. 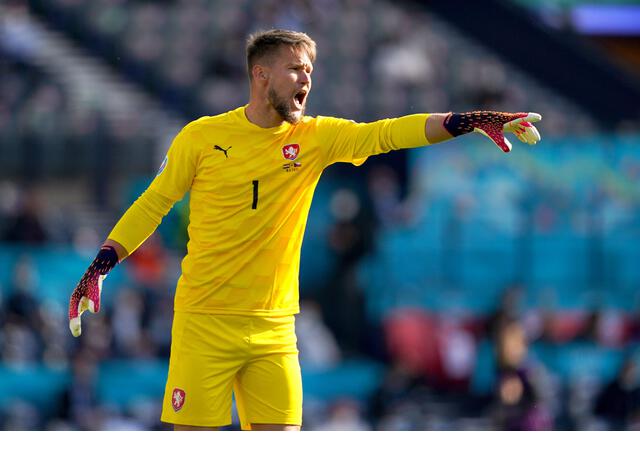 The most important player after Patrik Schick for the Czech Republic, Vaclik has been one of the breakout stars in Euro 2020. (Image Courtesy: UEFA / Website)

With his contract at Sevilla having expired in the summer, Vaclik presents himself as a great choice for any top club looking for a backup goalkeeper while he may be first-choice for some of the mid-table clubs.

Although his start against Finland in the group stage was expected, nobody thought Jeremy Doku would replace Eden Hazard in the starting line-up for the quarter-final against Italy ahead of the likes of Dries Mertens and Yannick Carrasco.

He took to the occasion like a duck to water as he thrilled everyone when he drove forward with the ball. Nearly every Belgian attack came from the left-wing as the prime motive for the Red Devils on counter-attacks was to give the ball to the 19-year-old. 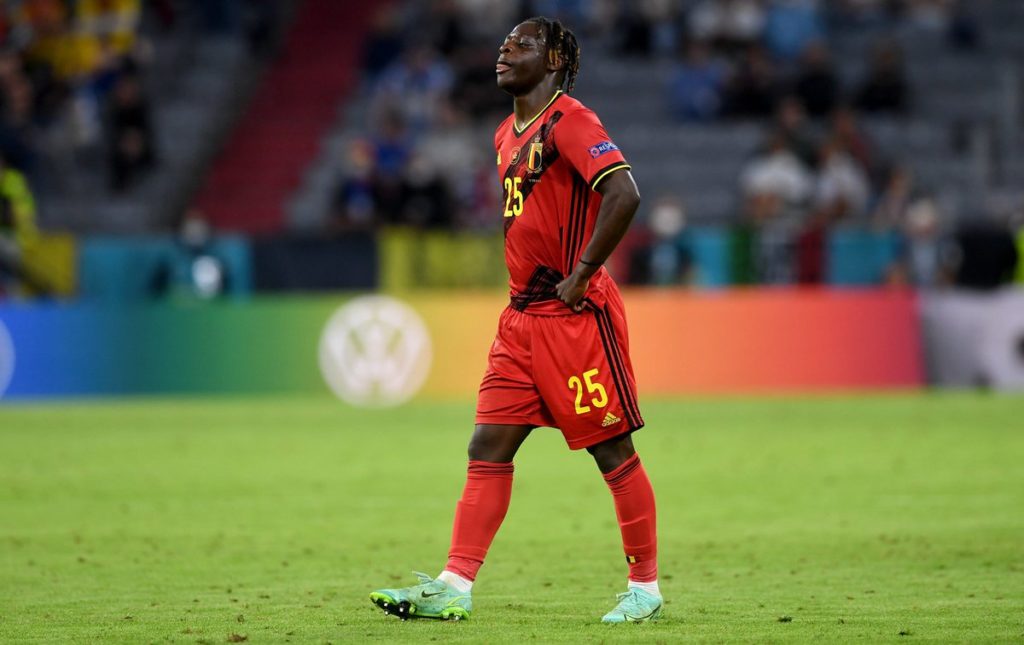 Belgium’s breakout star in Euro 2020 has been Jeremy Doku, even though featuring only in two games. (Image Courtesy: UEFA / Website)

Doku completed eight dribbles against Italy, the highest number for a player in the Euros so far, with no player in the history completing six in a single match.

The future is bright for the Belgian breakout star, and even though he featured only in two games in Euro 2020, he has left a long-lasting impact.