MATCH REPORT: CROATIA VS SCOTLAND, CROATIA SEAL THE DEAL AND MARCH ON AHEAD

Croatia head onto the Round of 16 of Euro 2020 as they won their third matchday fixture against Scotland by 3-1 in Scotland’s home stadium, Hampden Park. Here’s everything you need to know about the nail-biting matchup.

Croatia and Scotland came onto the pitch highly motivated since a win for either side will ensure their qualification in the Euro 2020 Round of 16. Scotland played at home for the second time in this tournament looking to not disappoint their passionate supporters like they did last time against the Czech Republic.

Scotland got away with a draw against England and so did Croatia in their 2nd matchday. It all came down to this in group D as Croatia’s experienced 11 faced the optimistic Scottish side who are playing in a major tournament for the first time since 1998.

Scotland were the only team who hadn’t scored a single goal in the tournament so far but things were different tonight as they were looking to threaten the goal from the get-go. Although Croatia were the ones that scored first because of some sloppy defending by the Scotts.

A cross by Modric on the 16th minute placed the ball nicely for the Croatian attackers to poach and in the middle of 3 defenders, Vlasic scored with a simple finish in the bottom left corner.

It was an eventful 24th minute for Scotland as they came close to scoring not once but twice. Their linkup play had been spot on but they couldn’t finish the ball in the back of the net at both instances. After a slip-up by Luka Modric, the Scottish attackers countered in numbers and McGinn found himself with an easy opportunity but in the end but he just couldn’t find any power behind the shot and the keeper saved it quite comfortably.

Scotland lost their first-choice centre-back, Grant Hanley, because of a clash early in the game which gave the youngster Scott Mckenna a great opportunity to impress at such a huge platform.

Croatia started taking things a bit easy and that cost them big time as Scotland finally beat the Croatian goalkeeper in the dying minutes of the first half. Callum Mcgregor scored a goal from far outside the box as he buried the ball in the bottom corner. The environment in the stadium completely changed after their team scored as they saw a beaming light of hope to look forward to in the second half.

It was an entertaining first half of football as both the teams were in it to win it. We saw some aggressive attacking plays from both sides but Croatia did look the better of the two sides. Croatia had the lion’s share of possession and were looking like a threat throughout the first 45, but Scotland also had their moments.

They were being fast on the counter but the problem with them was finishing the ball past the keeper. Che Adams missed two early opportunities although the Scotts were surely happy heading to their dressing room at halftime.

Around the 60 minute mark, Croatia were still dominating the possession and were controlling the flow of the game when Luka Modric found a goal for his nation out of thin air. A powerful strike from outside of the foot was enough to beat Marshall for the second time tonight. Croatia sealed the deal on the 76th minute as Ivan Perisic headed the ball in courtesy of a sizzling cross by Modric from the corner.

The second half was a treat for Croatian fans and a nightmare for the Scotts. Scotland seemed down through the second half and just weren’t impressive. They were creating a few chances but were defensively in shambles. The players seemed tired and just wanted the game to end.

Croatia hadn’t impressed anyone so far in the tournament but that might have changed tonight as they surely made a few heads turn their way. They dominated the ball, created more chances and their backline stood tall hardly making any mistakes. They will surely be confident heading up to the Knockout stages.

BILLY GILMOUR COULD HAVE MADE THE DIFFERENCE 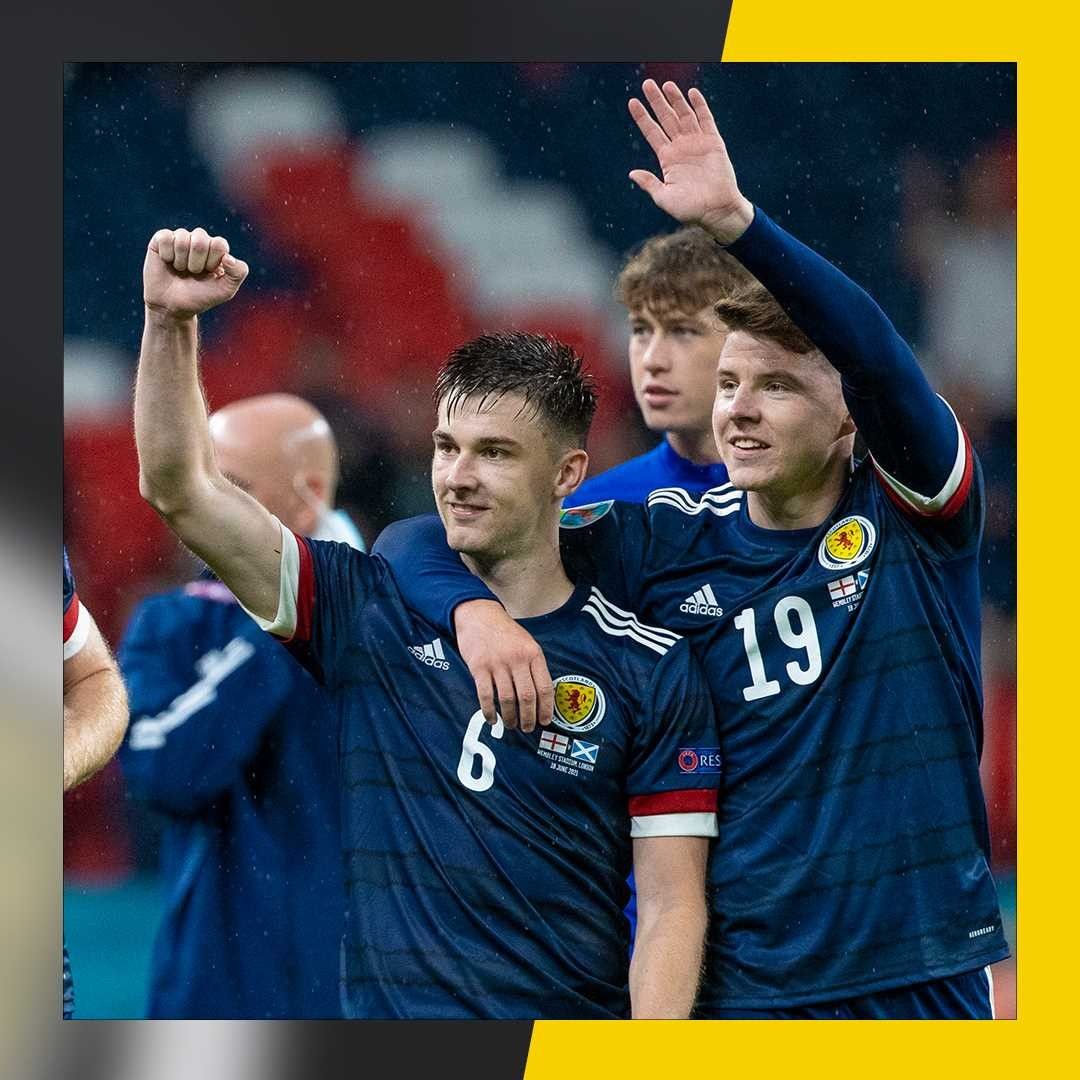 Billy Gilmour had a fantastic outing against England last week but he couldn’t play in this crucial game for Scotland as he got down with Covid. Since the Scotts play their full-back as attacking wingers, they leave a huge hole at the wings for their opposition to exploit. Gilmour did really well to minimise the flaw in their tactics against England but his absence surely had an impact on the backline for Scotland.

It seems like the 35-year-old veteran just refuses to age as he had the best performance for Croatia yet again. With one goal and one assist, he has led his nation onto the knockout stages. He had an amazing work rate throughout the 90 and seemed threatening every time he got hold of the possession.

He was the chief creator for his side and nearly made all the plays for his team. It is going to be a treat to watch him in action during the knockout stages of Euro 2020.

WHAT WENT WRONG FOR SCOTLAND IN EURO 2020

Scotland just scored one goal in their three games and conceded 5 goals themselves. They had a few moments when they looked a promising outfit but for the majority of the tournament, they were seen chasing the ball. The defence just seemed lethargic throughout the group stages.

However, this a great first step in the right direction for the future of Scottish football. They are back in business and can only grow from this position. The young talented players need to be used a bit better and their backline needs some fixing, other than that they are a solid squad and will surely come back stronger next time.