UEFA EURO 2020 PREVIEW: CROATIA VS CZECH REPUBLIC, CAN THE CZECH REPEAT THEIR TRICK?

After a strong start to their Euro 2020 campaign, Czech Republic are going to face off Croatia in their second matchday of the group stage. Can the Czechs seal the deal or is Croatia going to turn the tables around after that disappointing defeat against England.

Croatia seemed a bit off throughout their opening game. Granted that England made a strong start and dominated the ball in the first half, but still Croatia has enough quality to do a lot more damage than they did. Croatia was working the ball in the midfield well but when it came to finishing in the final third, no one took responsibility. Zlatko Dalic will have to work something out on the drawing board to figure out how they finish their linkup play because during the game it felt like they didn’t have a set player to score goals in their game plan.

HT | 0:0 | How will #Croatia respond in the second half?#ENGCRO #EURO2020 #Vatreni🔥 pic.twitter.com/F1oQjzjCpM

Croatia also didn’t go with an all-out attack when they were trailing in the end, some say that it was because of a tight English defence but that just wasn’t the case. Croatia didn’t want to jeopardise their goal difference so that if they, unfortunately, end up on the 3rd place spot, they will go through as lucky losers. Croatia didn’t have a lot of confidence in their defending which is a concerning sign for their supporters.

Everyone predicted Scotland to win against the Czech Republic. However, the Schick-inspired Czech Repulbic caused a major upset with a comfortable 2-0 win. The Czechs had an extremely tight defence as Scotland came close to scoring many times but just couldn’t find the space due to the stubbornness of the Czech defenders and the brilliance of their goalkeeper Tomas Vaclik.

Their backline is tactically sound and Croatia will need to push players in numbers to break through – something they didn’t do against England. The most important part of their game are their set pieces. They created major chances through set-pieces that were creative and well-drilled against Scotland. Croatia will have to be sharp because their opponents have the ability to catch defenders off guard almost instantly.

Dejan Lovren still hasn’t fully recovered from his injury although he has started training with the main team. Maybe we’ll see him as a substitute but they probably won’t risk starting him. Croatia was seen playing 4-2-3-1 formation and they would probably stick with it for this game as well. 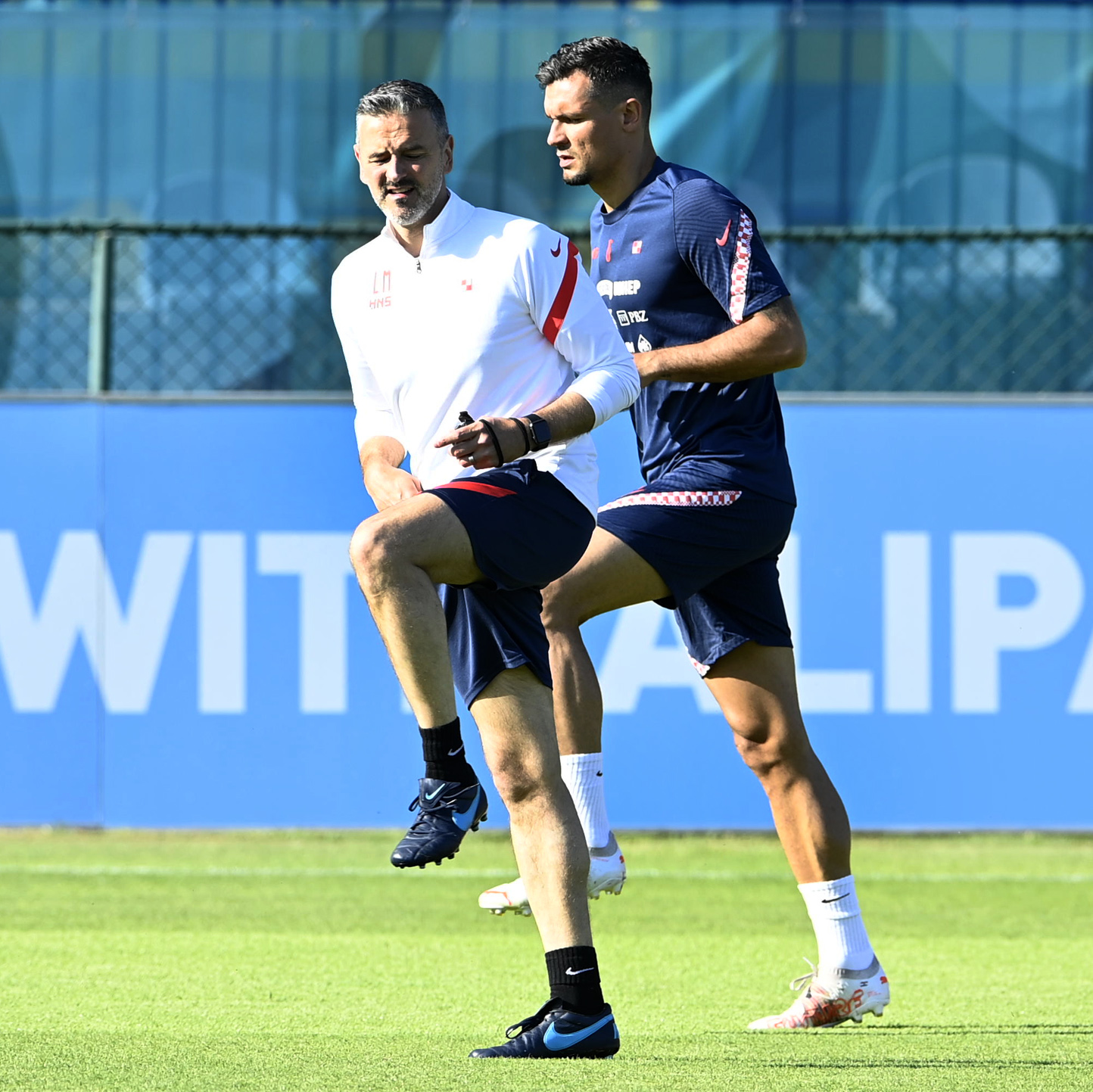 The Czech Republic doesn’t have any players out injured or suspended in their squad. The Czechs play in a 4-4-2 formation with a second striker. After the success they found in the first game, they will surely stick with it.

Luka Modric was the man in charge of everything Croatia did in the last game. He is a true leader who can be found anywhere on the pitch, he is that fluid. He is making tackles near their defensive third and the next second you can find him playing a ball for Rebic. 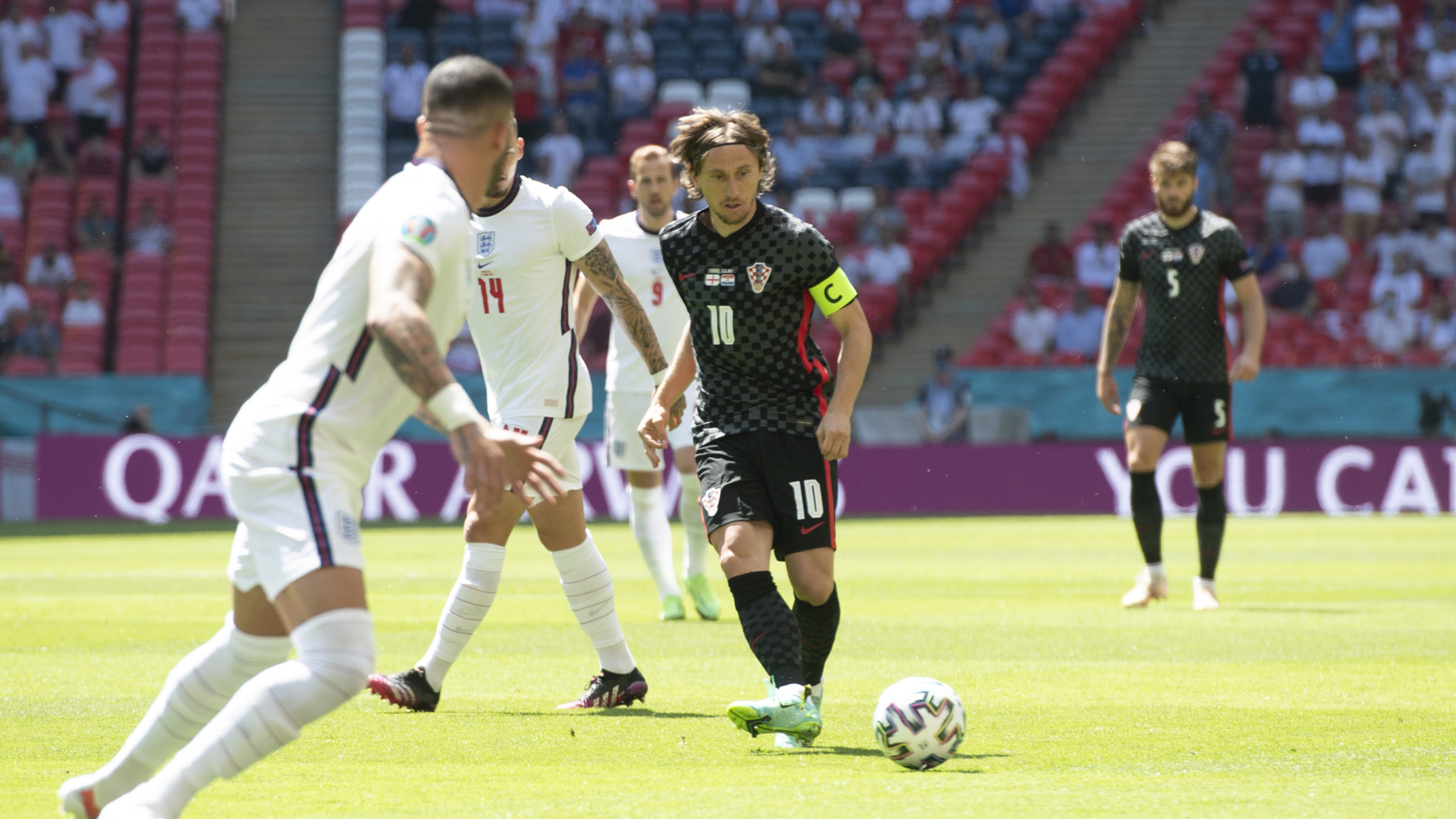 He is 35 but still has the highest work rate on the pitch. If Croatia wins it would be thanks to this guy. His creativity and passing range will be key to breaking down a solid Czech defence.

We are pretty sure you know this dangerman after that godly strike he hit last night. He was on the top of his game against Scotland and scored two goals for his team. He was looking like a threat ever since the referee blew the whistle. He was getting into good positions and was also an important piece of Czech republic’s set pieces.

Schick is the most likely man to get on the scoresheet if Czech Republic are to cause an upset against Croatia. His brace evidently elevated his confidence and he looks like he can make this tournament his own.

Croatia is a solid outfit that can cause an upset in Euro 2020 but if you factor the amount of confidence Czech Republic would have after such a solid start, things aren’t looking good for the Croats. A second defeat for Croatia would push them at the brink of getting knocked out so we are going to see that extra motivation in their stride. It is going to be an extremely difficult game as the Czechs would like to win to solidify their position in the group and Croatia would want to win just to stay in the competition. FootTheBall predicts 2-1 win for Czech Republic.