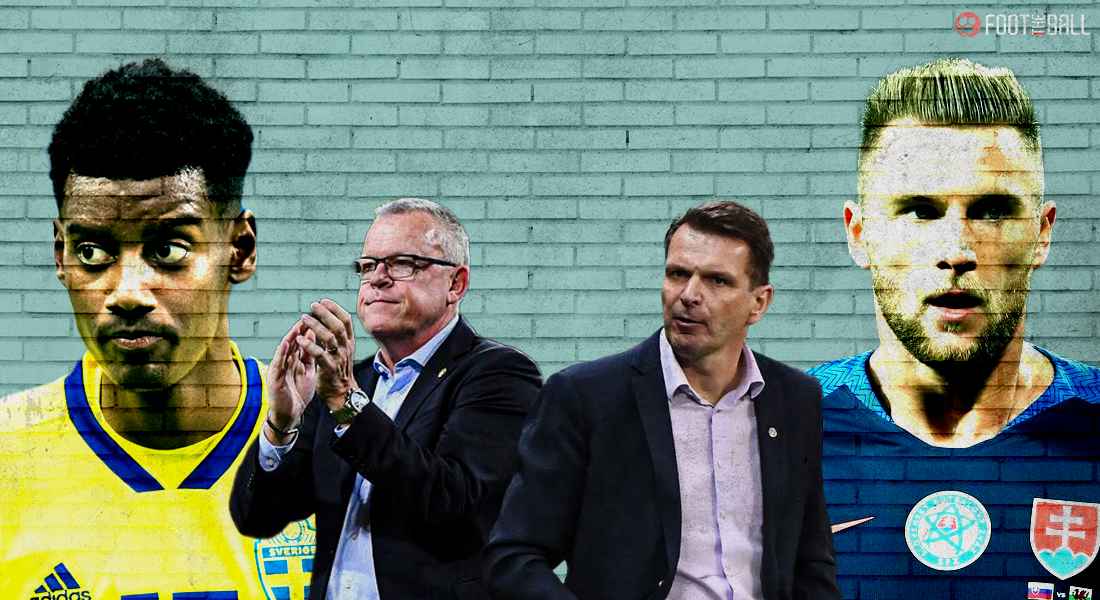 Sweden and Slovakia will lock horns for the first time in a major international tournament on Friday with the Euro 2020 Group E match-up set to take place in Saint Petersburg, Russia.

Sweden was able to hold on to a goalless draw against Spain in their opening encounter of this year’s European Championship. Despite 85% possession of the ball and a wealth of opportunities created by Luis Enrique’s men, Sweden were able to survive thanks to their dogged defence.

Sweden played the entire match on the back foot, and gained a hard-fought point, with goalkeeper Robin Olsen producing several huge saves throughout the contest. But despite all of the defensive plaudits, Sweden will need to puff up their chests and be more effective and aggressive in offense in the remaining group matches, beginning with Slovakia.

On the other hand, Slovakia got their Euro 2020 campaign off to a dream start by defeating a 10-man Poland 2-1 in their opening encounter. Wojciech Szczesny’s own goal and Milan Skriniar’s second half strike were enough to secure the victory for the Slovaks in what is their only second European Championship participation.

This was only the Slovaks’ second victory in the European Championships, thus it will be remembered fondly. With this historic victory under their belt, Slovakia will only want to add to it by outperforming Sweden in their next Euro 2020 encounter.

Dejan Kulusevski and Mattias Svanberg will return for Sweden after recovering from Covid-19. Both the players are huge reinforcements for them and will provide a much-needed boost to their offence.  Mikael Lustig is doubtful for this fixture after suffering a groin injury against Spain.

Dejan Kulusevski and Mattias Svanberg rejoin the #SWE squad. Both players have been self-isolating after testing positive for COVID-19.#EURO2020 https://t.co/DSBPbBMAbX https://t.co/sWBVA4uOTw

Slovakia have no major injury problems, so Stefan Tarkovic can rely on the services of all of his first-team players.

Alexander Isak was the sole bright spot in Sweden’s attack against Spain. Despite being outnumbered, the 21-year-old Real Sociedad attacker looked like a veteran and was self-sufficient as he intimidated the Spanish defence.

The only winner from Spain vs. Sweden. pic.twitter.com/Aq332xjC1m

He has a towering height of 1.92m but has a delicacy more common in much tinier footballers. The striker is technically precise, exceptionally swift and agile into spaces, and a terrific runner both in and out of possession. Despite his speed and stature, he is remarkably intelligent, balanced, gifted, and determined. Isak is more than simply a target man; he is extremely adept at making lay-offs, dribbling, and dropping deep. He will be keen to open his scoring account against Slovakia after failing to find the back of the net against Spain.

Milan Skriniar was considered a vital player for Slovakia before the tournament, having just won the Serie A title with Inter Milan, and the defender lived up to the hype, performing admirably against Poland.

Decisive in both boxes. 🪨 pic.twitter.com/c1XQoUZPgr

Slovakia needed to defend strongly at times, and he was at the core of that. And if that wasn’t enough, the defender even scored a brilliantly taken goal which proved significant as it was enough to secure Slovaks the win.

The defender is very clever, strong, and comfortable on the ball. His defensive grit will be crucial throughout the tournament and will be a game-changer for Slovakia.

After being overpowered by the Spaniards, Sweden will be determined to put on a show against Slovakia. Individual talent exists in Sweden’s national team. With a few tactical changes, they can be a difficult squad to beat. While Slovakia will be pumped to pull off another upset and beat all odds stacked against them.