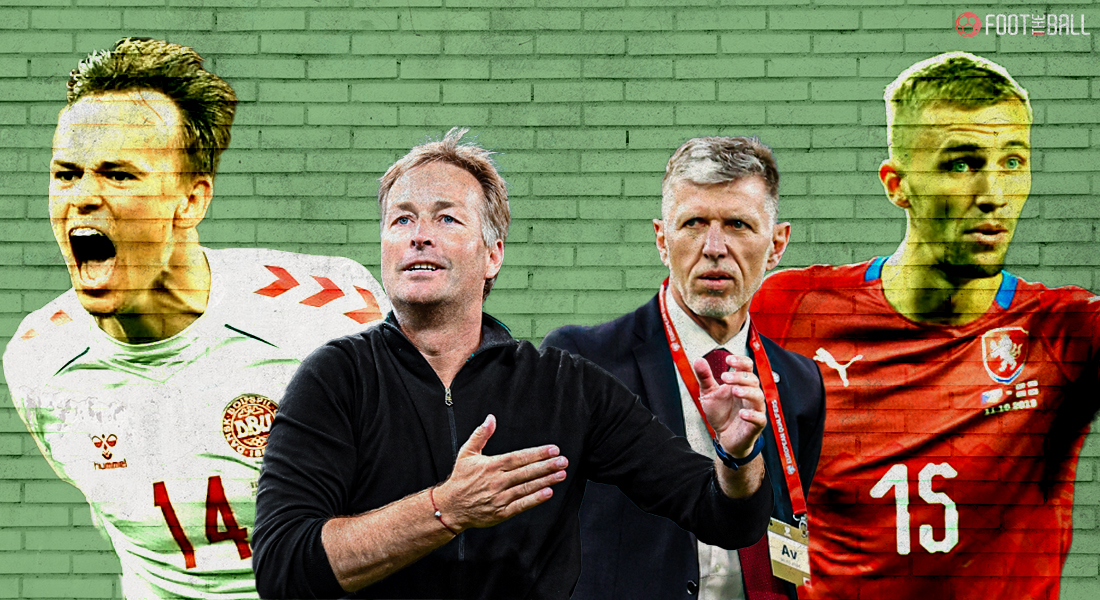 UEFA EURO 2020 PREVIEW: DENMARK VS CZECH REPUBLIC, DANES TAKE ON THE CZECHS IN A MOUTH-WATERING CLASH

Czech Republic are set to face Denmark in the third quarterfinal fixture of the 2020 UEFA European Championship at the Olympic Stadium in Baku on Saturday.

The Czech have been one of the surprise packages of Euro 2020 as no one expected them to be at the top of Group F after the first two matches, although they finished 3rd at the end of the group stage.

After their statement victory over Scotland, they entered the Round of 16 with a draw and loss against Croatia and England respectively but roared back in great fashion as they went on to beat a high-flying Netherlands side 2-0 , albeit, being helped by a red card to Matthijs de Ligt.

And the Czech #EURO2020 story continues after we beat the Netherlands 2:0 thanks to goals by Tomáš Holeš and Patrik Schick!

Similar to the Czech, Denmark have also had a pretty inconsistent run until the last game, which was also affected by the absence of their talisman Christian Eriksen but came back strongly in the game against Russia as the performance was very fluid when compared to the first two games.

Their 4-1 win in Copenhagen took them from fourth to second in the group and handed them a favourable fixture against Wales, and they went on to repeat the same performance by demolishing the Dragons 4-0, with Kasper Dolberg scoring a brace on his return to Amsterdam.

With first-choice left-back, Jan Boril set to return to the squad, defender Pavel Kadeřábek will return to the bench despite his wonderful performance against the Dutch on Sunday. 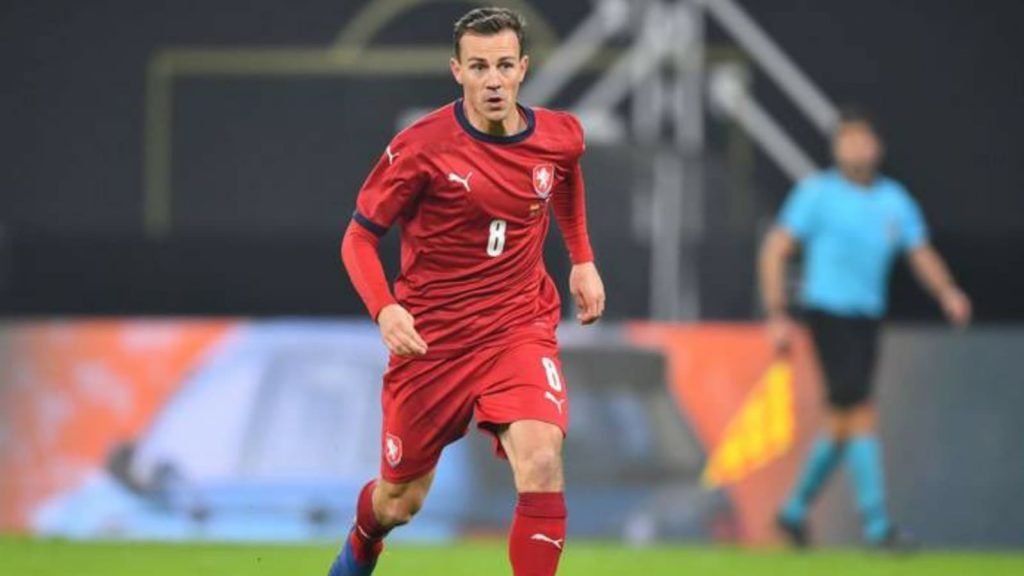 Captain Vladimir Darida is a doubt for the game against Denmark. (Image Courtesy: UEFA Euro 2020 / Twitter)

But the Czechs are facing an injury concern with their captain Vladimir Darida suffering from an unknown injury. He missed the game against the Netherlands and is in a race against time to get fit for Saturday.

Manager Kasper Hjumland would have thought that the absence of Christian Eriksen was the only negative on the squad list but, a day before the game against Wales, striker Yussuf Poulsen had suffered a knock while training and subsequently missed the game against the Dragons. His involvement on Saturday is still not ruled out as he might feature from the bench if needed. 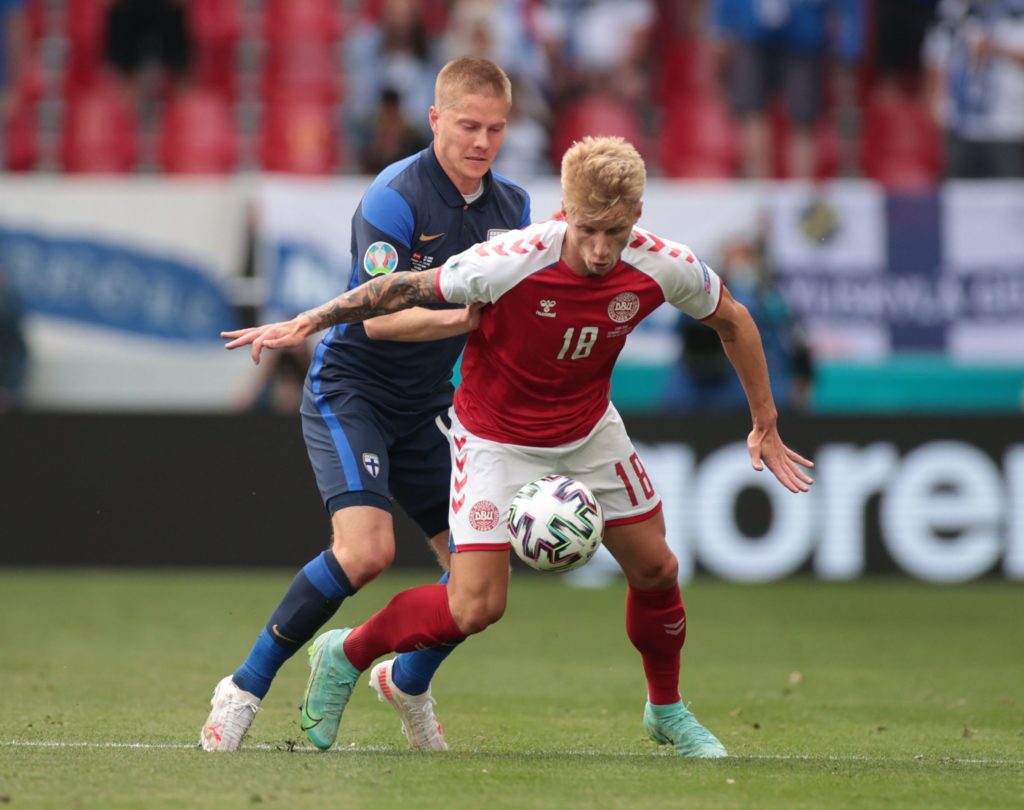 Captaining his nation after regular captain Vladimir Darida was absent due to an injury, Tomas Soucek was very industrial in the game on Sunday and bossed the midfield along with the Man of the Match Tomas Holes. 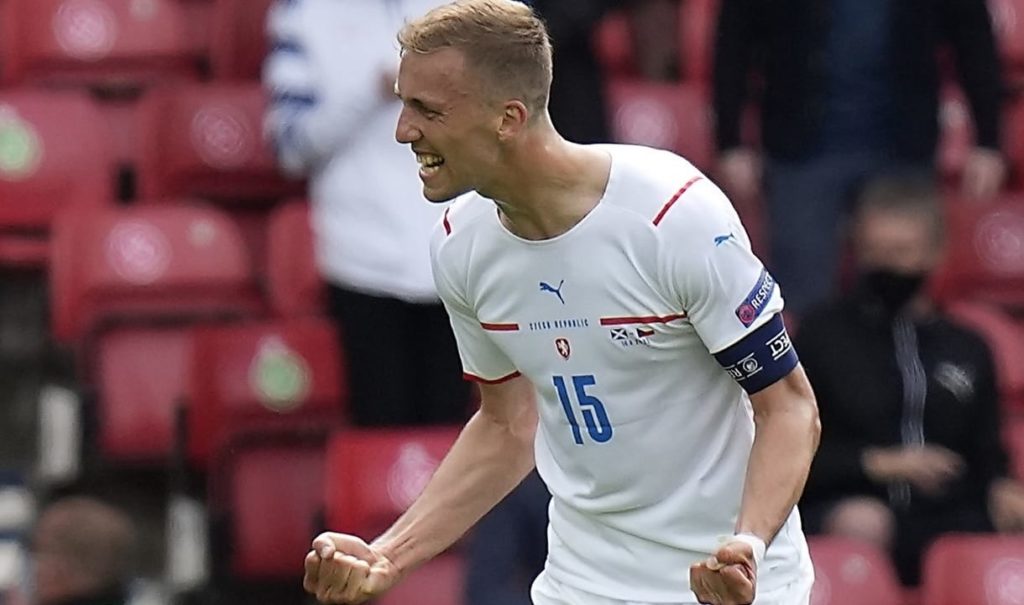 Soucek has been a rock in the midfield for the Czech Republic. (Image Courtesy: West Ham United / Website)

Although Soucek has not yet scored in this Euros for the Czech Republic, his habit of popping in the box to score is evident from his time at West Ham United in the Premier League and manager Jaroslav Silhavy will hope that his mercurial midfielder stars against the Danes.

After his capabilities were seen evidently when he stepped up to replace Christian Eriksen as the chief creator for this Danish side, Mikkel Damsgaard went on to register another assist against Wales, and control the game as Eriksen would do.

20 years of age. The biggest revelation of the tournament. 🇩🇰 pic.twitter.com/9oJbvPIeR6

Although there are experienced players such as Martin Braithwaite and Pierre-Emile Hojbjerg in the line-up, manager Kasper Hjumland will again be hopeful that Damsgaard and the comeback hero Kasper Dolberg can perform as they did in the Round of 16 and light up the tournament even more.

With both teams registering emphatic wins in their respective games, the quarterfinal fixture sounds like an epic mouth-watering clash between two underdogs.

Denmark like to play with more of the possession of the ball as seen against Wales, while the Czech Republic more often than not sit back and hit their opponents on the counter attack. And with two contrasting playstyles it will difficult to predict a winner but Denmark might pull with their quality in the squad, hence, FootTheBall predicts Czech Republic 0-2 Denmark.