AS GOOD AS IT GETS 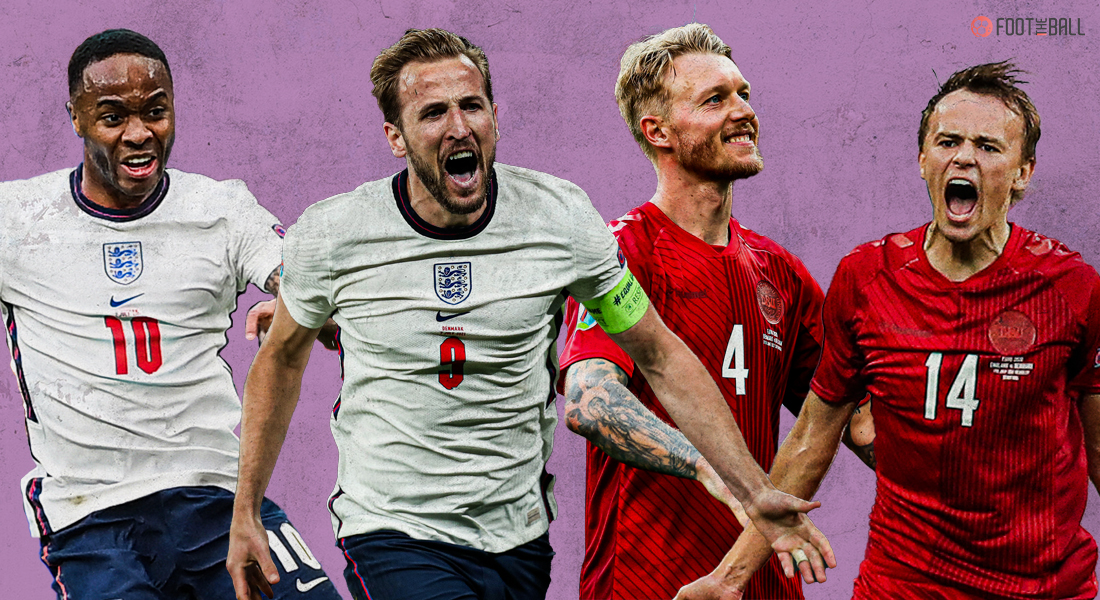 England march onto their first-ever Euro final as they beat Denmark 2 goals to 1 in extra time. Denmark fought bravely and didn’t give up until the end, but the Englishmen were just too good for the Danes.

England were the favourites heading onto the pitch since they hadn’t even conceded a single goal throughout the tournament. Denmark on the other hand would have never imagined they would find themselves in the last 4 of Euro 2020.

At this point, both sides could smell the trophy already and hence were ready to do all in on the pitch. FootTheBall brings our star player of the game and 5 things we learned from this all-important game.

As we all know England have a deep squad with a catalogue of high-quality talented players. Although the right-wing position has high competition with Phil Foden and Jadon Sancho high in the pecking order, surprisingly Gareth Southgate decided to play the young prodigy, Bukayo Saka in the starting 11.

Saka was not only responsible for the first goal for England. His overall game has been top-class as he has always looked like a threat on the right flank. He made a few great runs and also pressed effectively giving the opposing left-back a hard time. We won’t be surprised if the young lad starts for the three lions in the finals as well.

Everyone expected Denmark to sit back fending off the English attackers for the majority of the game, but the Danish had their own plans up their sleeves. They started the game strongly and created a few chances despite the pedigree of their opposition.

They kept knocking on the door and got the opening goal, deservedly so. Even after conceding a goal themselves, they didn’t let their heads dropped and played well in the second half too. England would have never thought Denmark would give them such a hard time. They ran stride for stride with the pacey English players and would surely be proud of their performance tonight.

Wembley felt extremely silent for a second as Denmark was the side that got the opening goal of the game. England had never trailed so far in the tournament which made t really interesting to see how England will react to this unforeseen situation.

The worst thing England could have done was panic, but they continued to keep their composure. They kept their back form intact and continued making ethical goal-scoring chances. As a result of this great showing, they gi their equaliser in a matter of 9 minutes and got back into the game.

England found their stride back again in the second half as they were dominating most of the game. England kept barging in numbers and Denmark kept stopping the fierce attackers in white. Kjaer and Christensen made some jaw-dropping blocks in the box.

The last 10 minutes of the first 90 was extremely crucial for Denmark as they could have conceded the goal knocking them out of the tournament but Schmeichel and co, managed to push the game onto extra time.

5) AS GOOD AS IT GETS FOR THREE LIONS

It has never been this close for England in recent history. Despite having a solid squad, England have always managed to bottle it in the knockout stages. It has been over half a century since England have won a trophy. They have never won a Euros ever over the years and this is as close as they can be without lifting the trophy.

England would fancy their chances in the final since they have only conceded once throughout the tournament. Italy struggled against Spain in the semi-finals and only progressed through penalties. At this stage in the tournament, England are actually looking stronger than Italy and are the favourites leading up to the final of Euro 2020.

Although you won’t find his name on the scoresheet, England wouldn’t have scored either of their goals if it weren’t for the Manchester City forward. He was the one that won the penalty for his team in extra time. He was one of the key playmakers for his side and his work on the ball was extraordinary. He also came close to scoring on multiple occasions. He has been one of the most consistent players in the tournament and has surely redeemed himself in the public eye.