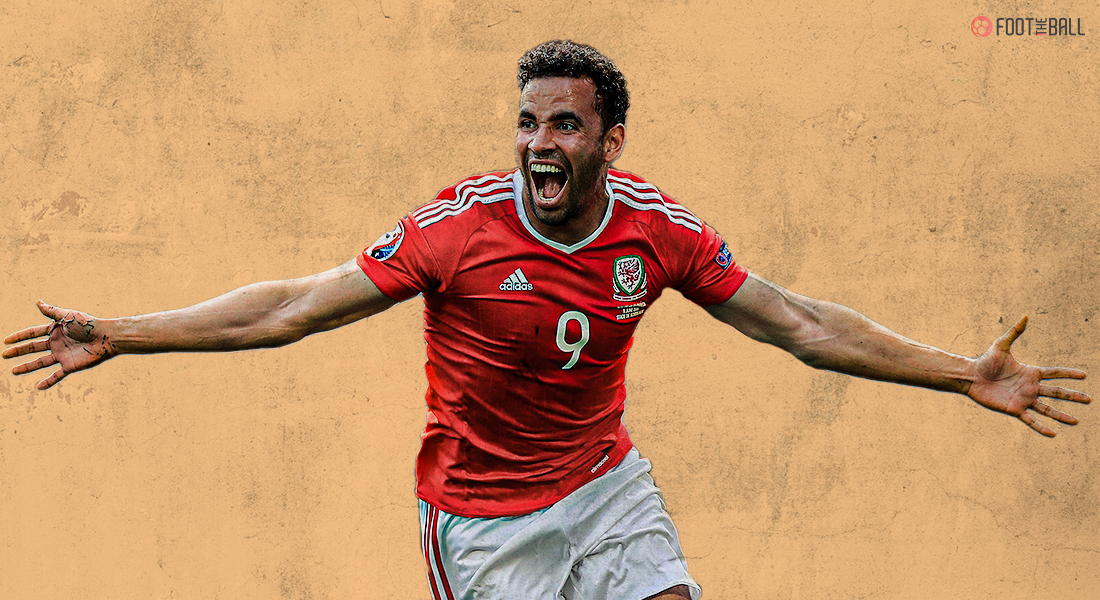 Hal Robson-Kanu became a household name for Welsh football fans after his iconic goal in the Euro 2016 quarter-finals against Belgium which sent Wales on to the semis.

How the Dragons conquered the Red Devils was a memorable moment.

Belgium had never won the Euros and failed to even qualify for the tournament since 2000, when they qualified as hosts.

The rise to top began with a generation of young and talented players such as Eden Hazard and Kevin De Bruyne. Belgium were predicted to be the dark horse that will upset many giants, and they were on their way to do so before the Dragons stole their thunder.

The stage was set for Belgium’s golden generation to outshine debutants Wales in the Euro 2016 quarterfinals and get one step closer to creating history.

A young and zestful line-up consisting the likes of Kevin de Bruyne, Romelu Lukaku and Eden Hazard looked menacing from the start.

Belgium took the lead in the 13th minute itself with Radja Nainggolan scoring an absolute screamer past Wayne Hennessey.

Wales kept on pushing for an equaliser and struck gold as captain Ashley Williams placed an Aaron Ramsey’s corner into the bottom right of Thibaut Courtois to bring his team back into the game.

The game was open in the second half and both teams created chances to score, but both failed.

In the 55th minute, Gareth Bale played a juicy long ball to Aaron Ramsey, who controlled it beautifully on the edge of the box and crossed it inside just behind Hal Robson-Kanu. Kanu collected the ball calmly with his back towards the Red Devils’ goal.

Three Belgian players came charging towards him from different sides. Thomas Meunier, Marouane Fellaini and Jason Denayer were all sent packing by the then 27-year old forward as he feigned a cutback to Neil Taylor and instead dragged the ball 180° and got one-on-one with the Courtois.

The stadium was awe-struck. It was the simple yet iconic Cruyff turn that put Kanu clear on goal and without taking much time he placed the ball perfectly into the net and bestowed the lead upon his country.

As soon as the ball went in the crowd went berserk, they were witnessing magic in the Stade Pierre–Mauroy in France. Wales lead Belgium by two goals to one.

Belgium could never recover from that goal and despite creating a couple of half chances via their tall target-man Fellaini, an equaliser never looked in sight.

With just five minutes to go, Wales caught the Red Devils on a counter attack with Chris Gunter carrying the ball on the wing. His cross was perfectly headed into the goal across Courtois by Sam Vokes.

The third goal sealed the fate for Wales and they went through to the semifinals where eventual champions Portugal put an end to their dream run in their debut Euro campaign.

Despite getting knocked out, the Euro 2016 campaign became historic for Wales on multiple accounts. Firstly, it was the first time Wales had qualified for the Euros in the history of the competition. The iconic goal from Hal Robson-Kanu which won the goal of the tournament award and was later nominated for the Puskas added on to the Welsh fans’ delight with their teams performance at Euro 2016.

Wales are set to mark their second appearance in the Euros as they prepare to go further at the Euro 2020, albeit without their first choice manager, Ryan Giggs. Read Wales’ squad preview, team news, predictions and more for the Euro 2020 here.