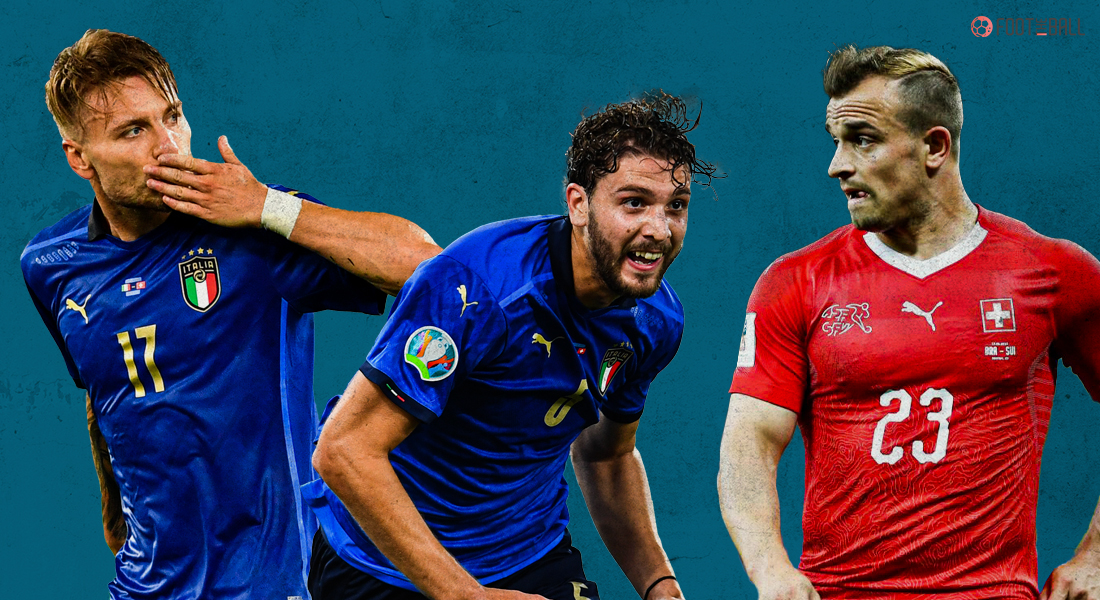 REPORT: ITALY VS SWITZERLAND, Italy Are The First Team Through To The Knockout Stages

Italy last conceded a goal in October 2020. They weren’t going to let in one today and put up another brilliant show to exert their dominance. There simply is no way through the Italian wall. On the other side of the ground, the Italian forwards are chipping in goals from almost everywhere on the field. The Swiss had no answer to the well-worked system and the game ended in favour of the Italian’s just as FootTheBall predicted. The scoreline read Italy 3-0 Switzerland.

The game kicked off with Switzerland on the front foot. For nearly four minutes since the starting whistle, Italy was not given an opportunity to control the ball. A determined start filled with confident passes and surges of pressure. Vladamir Petkovic’s men were trying to unsettle the in-form Mancini side.

However, it didn’t take long for the Italians to find their feet. The Azzurri started dominating possession, forcing Switzerland into their box. Nineteen minutes in and Italy looked as if they were going to take the game by its scruff through a corner. Chiellini nods in the ball but it was soon ruled out for handball. Minutes later, Chiellini was substituted following a hamstring injury, saving the experienced defender for the latter parts of the campaign.

Relief after a Chiellini goal was chopped off by VAR for a handball by him#ITA #SUI #EURO2020 #ITASUI #Italy pic.twitter.com/y0Wte54910

The Azzurri took advantage of the passive defending they were dealing with and slotted in the opening goal in the 26th minute. Locatelli started off the move with a pass to Berardi on the right. The midfielder carried it all the way to the byline before cutting it back to his Sassuolo counterpart Locatelli. It was an easy finish from inside the box, past Yann Sommer in goal, who stood no chance.

The first half ended with both teams having a nearly equal share of possession. However, it was evident that only one team had a clear motive. Italy’s game plan was clear, every player in the team knew what they had to do and they executed it brilliantly.

Switzerland on the contrary seemed confused at times. They were unsure as to when to initiate the press and did not do much when in possession. Key players like Shaqiri looked distant from what was going on and did not pack the punch needed to penetrate the well-drilled Italian defence.

Just like the opening minutes of the first half, Switzerland came in strong. They initiated a high press and tried to win the ball back higher up the pitch. It did unsettle the Italians initially, but the versatile set-up Mancini has deployed enabled them to out manoeuvre them. Italy used the Switzerland press to their advantage, opening space in the middle of the park to engage quick counter-attacks.

2 – Manuel Locatelli is the third player able to score a brace for Italy in an European Championship match:

In the 52nd minute, Manuel Locatelli slotted in a beauty from outside the box to further the lead. A crisp strike from 22-yards out to the bottom right corner of the goal. The keeper did not even flinch. Locatelli becomes only the third Italian to score a brace at the Euros after Mario Balotelli and Pierluigi Casiraghi.

Switzerland’s best chance of the game came in the 63rd minute through Zuber. A patient build-up with a pass to Zuber in the left channel. His excellent movement opened up space for a shot but Donnarumma in goal was equal to it. However, the ball found its way back to Zuber following the shot, who released another, but once again the keeper was equal to it.

Ciro Immobile missed a couple of good chances in the second half, chances that the 31-year-old usually buries. He made up for his wasted chances with a goal late into the half. Once again a shot from outside the box to the far bottom corner. This time though, the keeper did get a hand to the ball but did not manage to push it away from goal. A delightful goal that would have been prevented if the defence had closed in on the dangerous forward.

Italy has arguably been one of the best sides in the competition so far. Yes, it is early on, but the performances this team has put up has been solid on all fronts. Be it defence or attack, the Italians have a well-defined game plan. Every player has been strong on and off the ball, working tirelessly to help the team.

⚽️ Ciro Immobile hits the back of the net in his fifth successive #ITA start and the Azzurri are cruising! pic.twitter.com/cKNYdGRlw1

There aren’t any obvious downsides to this newly revamped Italian side. They have a lot to prove after not being able to qualify for the World Cup. This new team is much different from the previous teams in terms of mentality and set-up but the essential defensive trait is still preserved.

ITALY THROUGH TO THE KNOCKOUTS

After securing the three points against Switzerland, Italy is top of Group A. This means that they are the first team in the competition to go through to the knockout stages, that too with a game in hand. This cushion they have earned themselves will allow Mancini to rest some of his key players and also to give his other players some needed game time.

I was just thinking that Immobile might be the weak link in this Italy side. And then he does that.
Italy the first side through to the knockout stages and starting to look like a very special side in the making.

Switzerland will face Turkey next in a must-win match if they hope to qualify for the knockouts. Turkey hasn’t registered a single goal so far and they will be eager to prove their worth. A Gareth Bale inspired Wales will be oozing with confidence as they get ready to face the impenetrable Italians. 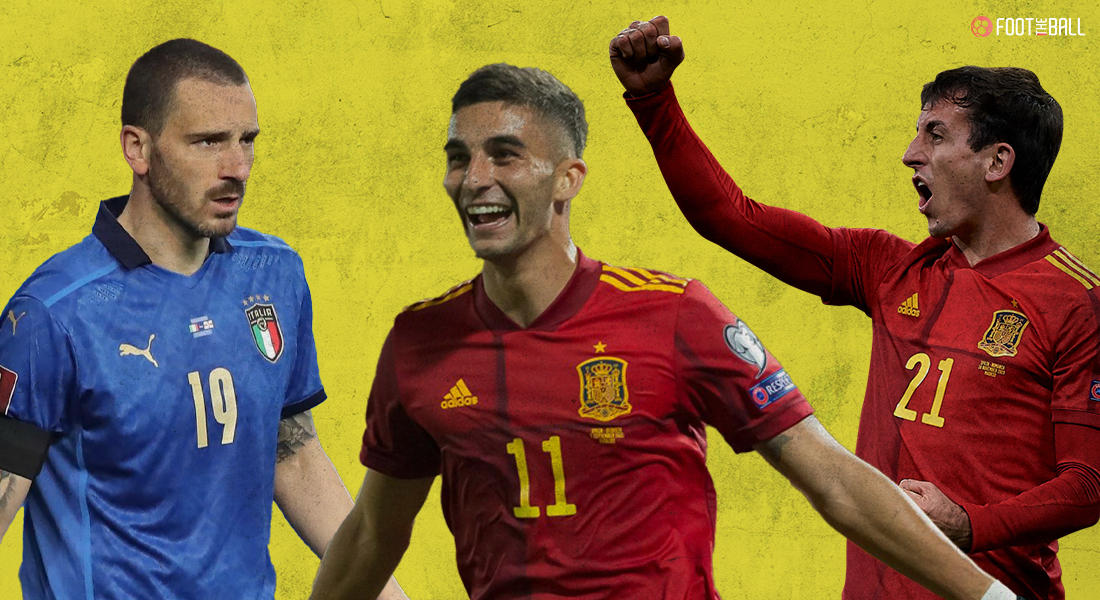