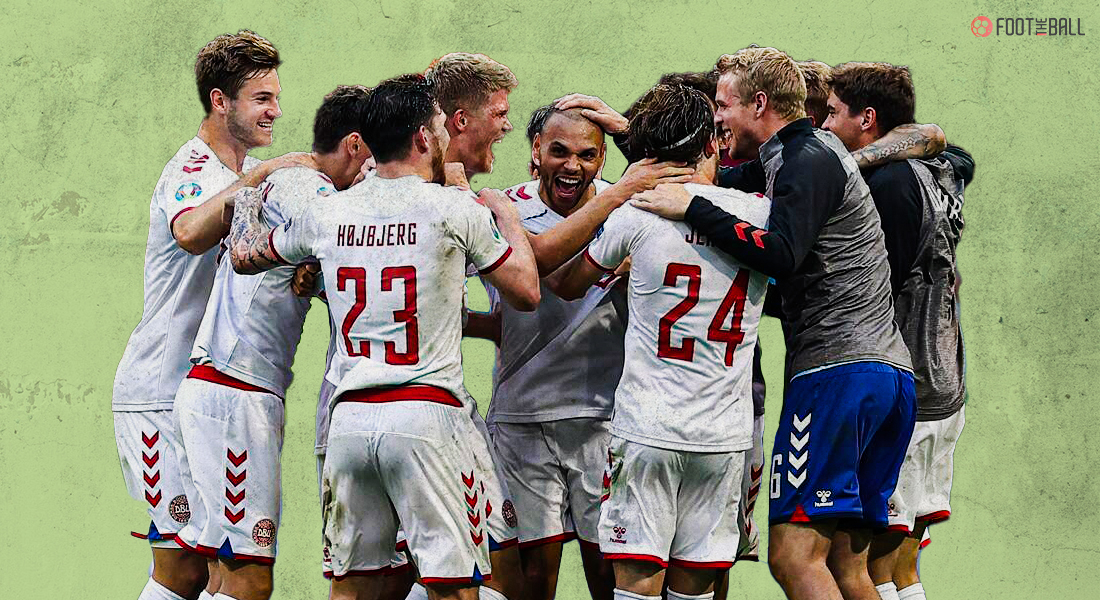 Euro 2020 would be remembered for a lot of reasons. The tournament got postponed by a year due to the pandemic. It kicked off in 2021 in strange circumstances and partially filled grounds. When the ball was kicked everything became secondary. Football started to make headlines again. one particular fact stands out glaringly as we enter the semis. The power shift in the game is happening rapidly. Individual heroes and biggest superstars have fallen and teams that play cohesively have risen at the Euros.

Football is a team sport. A strong and closely knit unit always tries to win everything on the pitch. This has been the ultimate meaning of football. In the last twenty years or to be precise since the new Millenium this trend has changed. Highly talented and influential players and so-called superstars have emerged in the game. Their talent and the ability to pull the crowd has given them a larger-than-life status outside of the game.

Players like Messis, Ronaldos, Mbappes, Neymars are patronized off the pitch. This might be in a positive sense as they try to be the face of the game globally and expand it. But its negatives aren’t to be ignored.

Ukraine go over to their fans and applaud with the old Iceland clap. It was a different story five years ago. #EURO2020 #UKRENG pic.twitter.com/iwwl9nqOok

Euro 2020 has provided a harsh reality check to the superstars and paid homage to the good old team game. Players like Cristiano Ronaldo, Kylian Mbappe, and Gareth Bale don’t play for the top four teams in Europe as of now. This time new heroes are emerging. Teams like Denmark, Ukraine are writing new stories at the Euros. These heroes are reminding the world how does a good fairytale sounds like.

Since the turn of the millennium, the world has changed drastically. Its effect was clearly seen on our beautiful game as well. The game started going global thanks to fancy TV rights, huge fanbases for clubs, and interaction between the players, clubs and the fans like never before. The players who made a breakthrough in that period were the biggest winners of the lot as they rose to fame like never before. The Messi-Ronaldo era has taken the game to a whole new level.

Cristiano Ronaldo was the epitome of such changes as he became a brand revered by millions of fans worldwide. After putting some magical performances on the pitch, Ronaldo goes on to expand his brand. He is an official ambassador of many top brands like Nike, Tag Heuer, Clear Haircare, etc. He also spends a good fortune on charity and is rightly considered an icon.

Social Media too has played an incredible role in this transformation. Ronaldo or the world’s highest followed and richest person on Instagram is always interactive with his fans on the app. A recent incident involving Ronaldo and cold-drink manufacturer Coca-Cola has surprised the world during Euros. Ronaldo just moved a couple of Cokes from the podium and it is believed that it hurt the company’s shares around the world markets. This is just a small example of how a superstar can have a say in global issues.

For all their star power off the pitch, few have failed to influence their nations to succeed on the pitch solely at the Euros. Cristiano Ronaldo for example was leading Portugal tirelessly. He turned back the years to score a record five goals at the finals as he looked to defend his side’s crown at the European Championships. Despite Ronaldo firing on all cylinders, Portugal fell flat in the round of 16. When they met a quality opponent in Belgium they submitted meekly. They weren’t able to play as a team and paid the price for it. 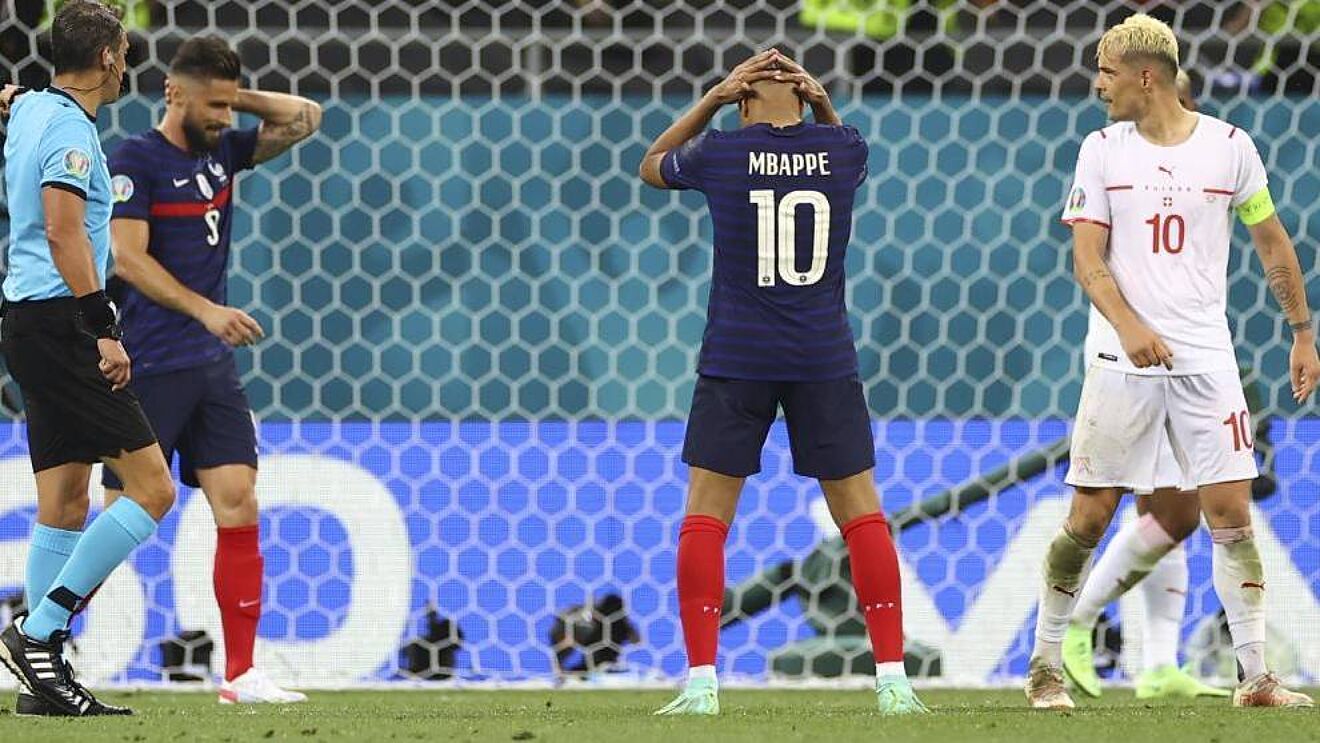 Kylian Mbappe is a new alpha in the footballing world recently. The French sensation’s talent took the world by storm three years ago and he has been unstoppable since. He guided France to a world cup triumph in 2018 and was expected to play a key role again at the Euros. Bizarrely, Mbappe looked off-color and failed to score a single goal at the tournament. It was his missed penalty that sent France crashing out in the round of 16. After their defeat, it is rumored that a massive fight broke between the players’ families regarding the egos of the players.

Other stars like Gareth Bale, Robert Lewandowski, Paul Pogba, Thomas Muller have suffered a similar fate. The Euros was ruthless to the stars and proved once again that the strongest man is the weakest alone.

If we analyze the teams that have made it to the semis we find an interesting trend. None of them are serial league and Champions League winners. Similarly, not many of them have ever been in the Ballon d’Or discussions. All the sides are made up of simple players with enough quality and character to fight for their nation till the end.

🇩🇰 Sum up this Denmark team in one word! 🥳#EURO2020 pic.twitter.com/Kqo0h6K3Oq

Denmark particularly has emerged as the crowd favorite of this edition of Euros. The Danes have lost their star player Christian Eriksen on the pitch to a medical emergency midway through their opener. The way the Danes acted in the face of adversity won them, admirers, throughout the world. The nation held its breath together for Eriksen. As they learned that he was alright they gave their everything on the pitch to make him proud.

Players like Mikkel Damsgaard, Joakim Maehle, and Kasper Dolberg have impressed one and all with their dedication and performances on the pitch. Similarly, Ukraine is another side that has rocked the Euros. Devoid of any star power they made it to the quarters depending purely on sheer will and determination. The Czech Republic too added their part to the fairytale story as they knocked out a strong Netherlands side in the round of 16.

When the superstars were set to become the face of the game these Euros has set them back. This tournament has shown that team spirit is where the essence of the game lies. No single individual can be above the game on the pitch and success if only for the true team players.