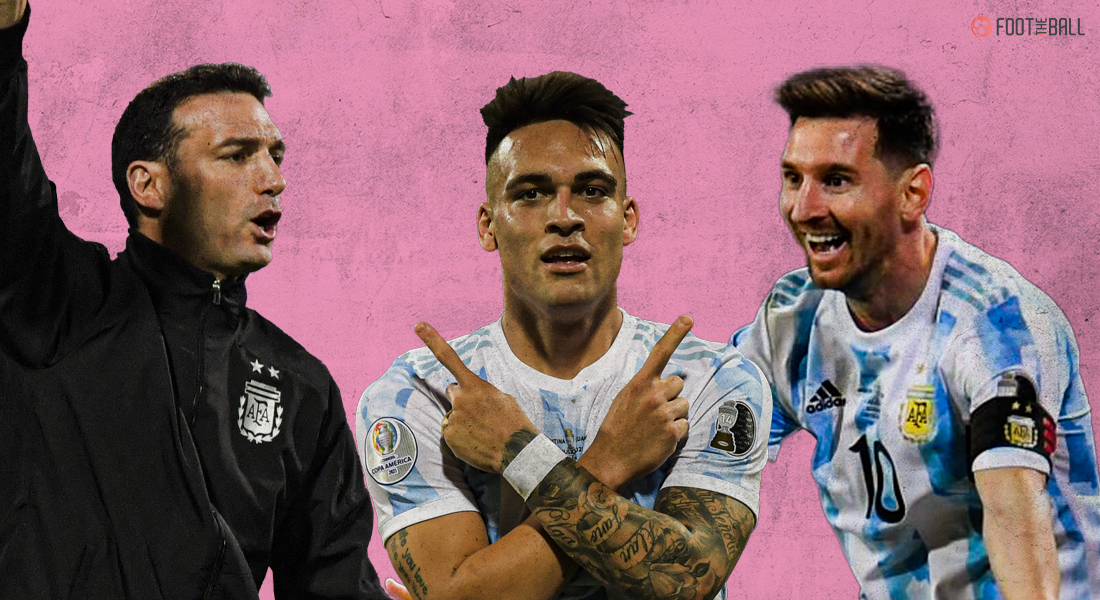 Argentina beat Ecuador comfortably at the end of a frustrating match. Messi’s Magical performance saw them score 3 without reply.Ecuador were left bamboozled by a late showing by the Argentina forwards.

Estadio Olímpico Pedro Ludovico was the venue for the match. Argentina started the game brightly but struggled to score in the first half up until the 39th minute.

A beautiful pass from Messi towards Nico Gonzalez left Galindez in no man’s land. He managed to tackle Gonzalez off the ball but it fell to Messi who found De Paul empty in the box. All De Paul had to do was smash the ball in from point blank range.

Ecuador started the second half brightly  and looked to push Argentina on the back foot. It seemed that Gustavo Alfaro had lit a fire in the belly of his players. They forced Emi Martinez to make stupendous saves. The Villa man number one was able to keep Ecuador at bay.

Despite the Ecuadorian onslaught in the second half Argentina’s star power was able to pull them through. Scaloni bought Di Maria on for Lo Celso, and that changed the game completely.

The PSG midfielder offered much needed guile and energy to the tired Argentina midfield. His pressing made the first goal which was very similar to the first only this time it was Lautaro who slotted the ball in from a Messi pass.

Argentina got a third when Hincapie pulled down Di Maria just outside the box. The young Ecuadorian defender who has had a breakout Copa America got sent off for that challenge. Messi did what he does best as he calmly slotted the ball in the top corner from the resulting free kick.

Argentina won the game 3-0 in the end as Ecuador should feel disappointed after an excellent first half display. Argentina will face Colombia in the Semis of the Copa America.

Here are the 3 main takeaways from the quarter final between Argentina and Ecuador.

Ecuador came into the game with a clear game plan. They did not want to allow Argentina’s creative players time and space. When they confronted the likes of Messi and Lo Celso in the game they made sure to make their life hard.

They constantly tried winning the ball in midfield. So they did in the first half with decent success,going at a disorganized Argentine defence and forcing Emi Martinez into making some fantastic saves either side of the half time whistle.

They were ready to put in late tackles and heavy challenges to stop Argentina from moving fluidly. Challenges were flying all over the pitch and left the Argentine’s constantly complaining.The referee had to stamp his authority on the game and booked 3 Ecuadorian players before the end of the first half.

Gonzalo Plata seemed like Ecuador’s brightest spark in the second half as he complemented their physical approach with much needed guile and skill in attack.

Unfortunately for Ecuador, enduring all those challenges made the Argentine’s more determined.

Scaloni must be delighted with the attacking intent and pressing intensity his team showed in the last 20 minutes of the game. It can all be credited to him as he made the much needed changes in midfield.

Angel Di Maria was sublime off the bench. Scaloni also managed the game after the second goal. He made more smart changes to manage the game at the end.  He also bought Tagliafico on for Nico Gonzalez, who had run himself into the ground. After the third goal he made two more changes to eat into the stoppage time.

#BOLxARG lopsided, but that was simply incredible from Messi.

Argentina unbeaten in 17 under Scaloni (W10 D7) – joint-third longest unbeaten sequence of a coach in their history (@OptaJoao).

Scaloni’s game management and real time tactical assessment seems to be his greatest strengths as a manager. He can make impactful changes at the right time, an invaluable skill truly.

MESSI WAS HIS MAGICAL BEST

La Pulga played with pure class and composure. He provided two assists and scored a sublime free kick. It seems Messi is playing at his best right now for Argentina. He is the highest scorer and assist provider at Copa America 2021 with 4 each.

Lionel Messi's brilliant display led Argentina to a 3:0 win over Ecuador to reach the #CopaAmerica semis:

The free kick was also his second at this year’s Copa. He could finally end his international trophy drought this year it seems.

He also picked up his third man of the match award at the tournament. Messi and even Neymar have been the two standout players at this year’s Copa America.