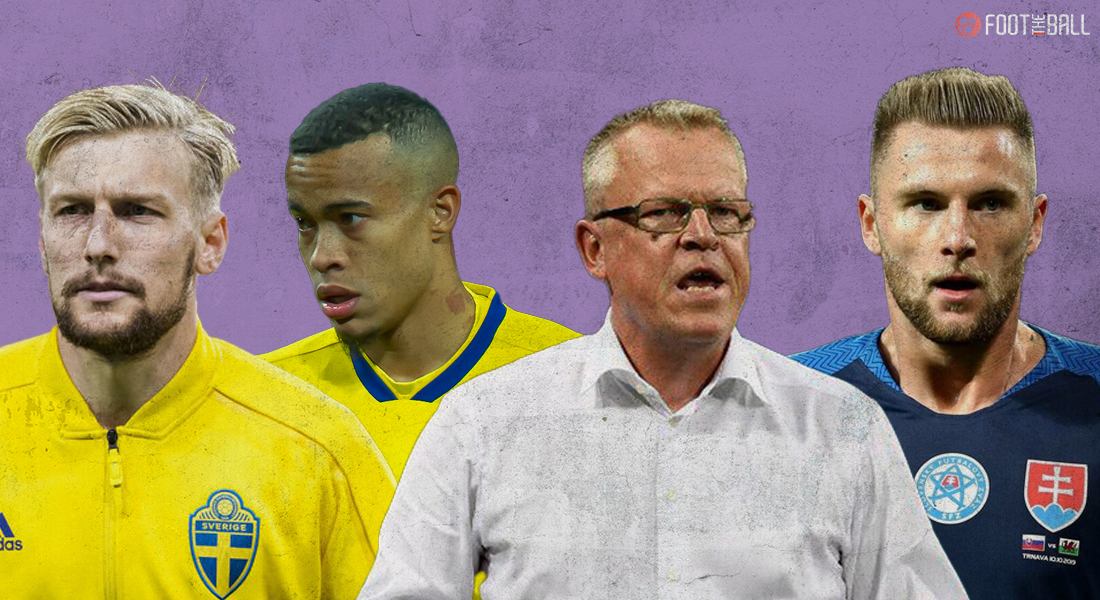 An Emil Fosberg penalty was enough for Sweden to register a 1-0 win against Slovakia in their second game of the UEFA European Championship in Saint-Petersburg on Friday. Played in front of a sizable crowd at the Krestovsky Stadium, it was a boring game at the start but went to be an exciting contest in the second half.

Dejan Kulusevski returned to the Swedish squad after recovering from Coronavirus as the first half started off in a morbid fashion as there were minimal attempts on goal, with the first genuine one coming after 43 minutes when Marek Hamsik’s shot from the edge of the box blazed over the crossbar. It became hard to create chances as both sides had resolute defences in front of their goalkeepers.

Slovakia were the brighter side of the two in the first 45 minutes but lacked a cutting edge in the final third. Although Sweden grew into the game slowly, they were not able to test Martin Dubravka to the fullest as they were able to muster only four shots, none of them being goal-bound.

In the second half, the Swedes started off brightly, with Emil Fosberg forcing Slovakia to concede two corners for shots from the edge of the box. After Robin Olsen’s point-blank save from Juraj Kucka’s heading, which was anyway offside, Dubravka was forced into two saves in quick succession, both of them coming from striker Alexander Isak. 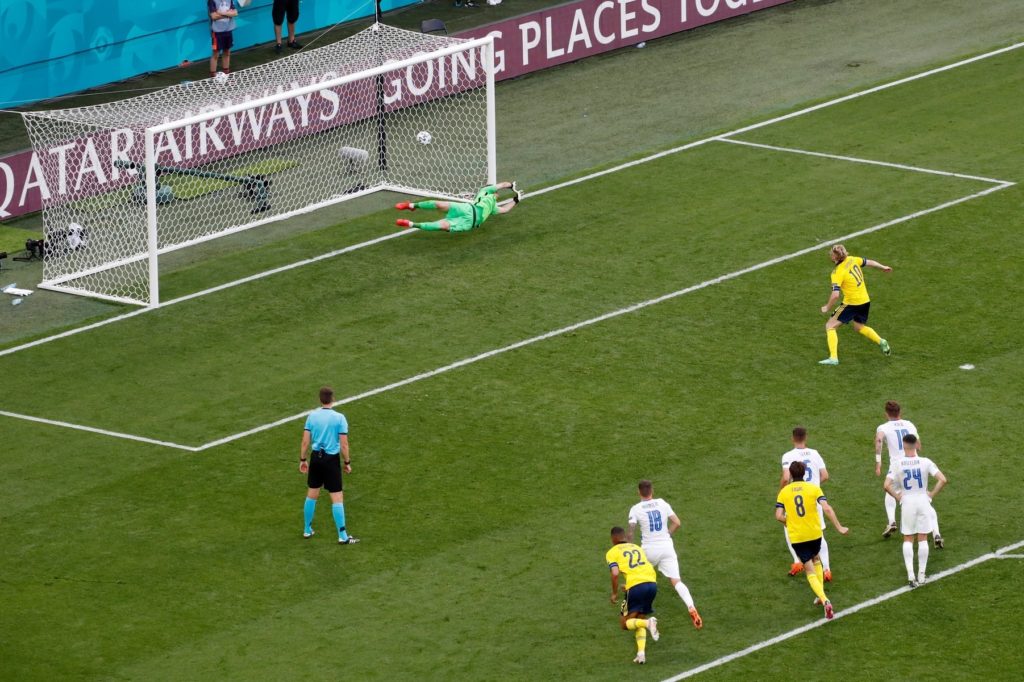 The deadlock broke finally when captain Fosberg scored from the penalty spot in the 77th minute. Substitute Robin Quaison was through on goal after a flick-on from Isak but was wiped out by Dubravka as he tried to steal the ball away from the striker’s feet. Fosberg coolly put the ball in the bottom-right, giving his side a much-needed win after their draw against Spain in the first game.

BATTLE OF THE MIDFIELDS

Until the penalty scored by Fosberg, the game was a seesaw tussle between both sides as there were minimal clear-cut chances from the two, and if any of them came, they were in the second half. Nearly nothing was created in the first half, mostly due to the proactiveness from both midfields. 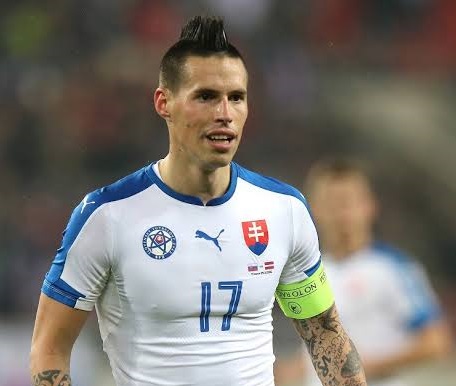 Hamsik was very good for Slovakia but could not help them beat Sweden. (Image Courtesy: UEFA Euro 2020 / Twitter)

Although Sweden started in their standard 4-4-2, with Isak and Marcus Berg at the top, and two wide midfielders, most of the time one of the wide midfielders dropped back to assist Kristoffer Olsen and Albin Ekdal in the centre of the midfield, in order to tackle Slovakia’s midfield three of Hamsik, Kukca and Hrosovsky.

Both the midfields, along with their defences did well to keep out the ball until the 77th minute but Slovakia wasn’t able to create much after conceding the goal and will look forward to improving in their final game against Spain.

In our preview before the game, we talked about the idea of Alexander Isak becoming the gamechanger for Sweden on Friday, and although he was very much alive in the whole game, with his pass being one of the reasons for the awarding of the penalty, Robin Quaison was truly the gamechanger for Janne Andersson’s men. 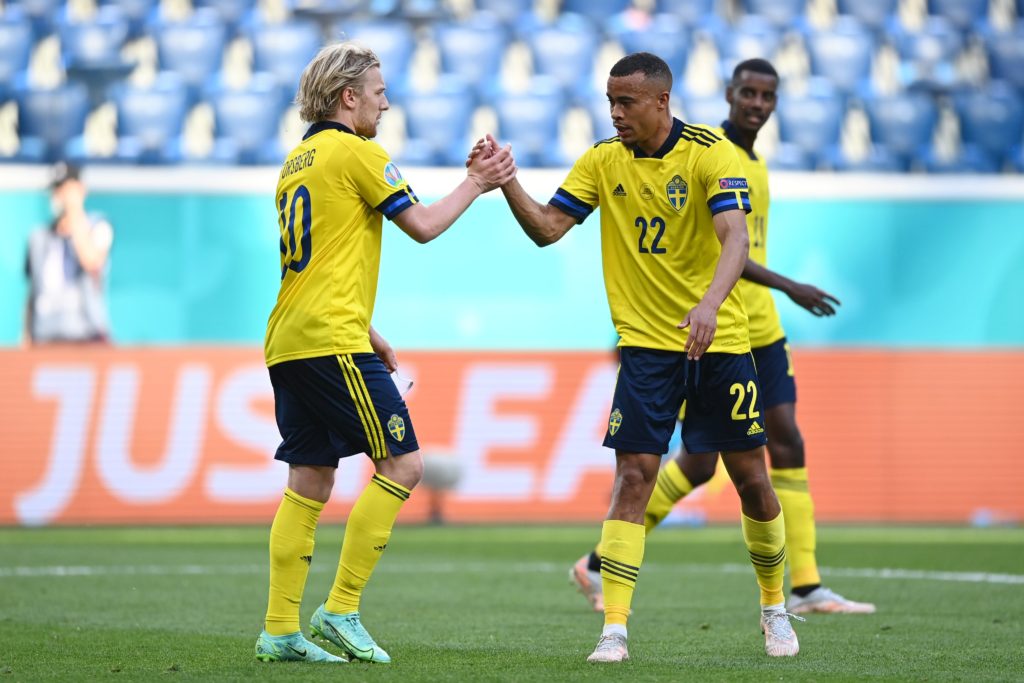 The Mainz forward, who was bought off the bench for veteran Marcus Berg in the 64th minute, was the man responsible for the winning of the penalty after being bought down by Martin Dubravka. Apart from that action, Quaison was also involved in many attacks from Sweden after his substitution, earning the tag of being an effective super-sub.

While they reach the top of Group E after the win against Slovakia, the three points would not be enough for Sweden to confirm their qualification into the knockout stages of the Euro 2020. But four points from two games should be enough for Sweden to at least qualify as one of the four best third-placed teams, given that Portugal, who won the 2016 edition qualified to the knockouts then with just three points in the group stage.

Sweden can finish on top of the group with a win over Poland in their final group stage game, and that will not be a surprise at all as their resolute defence is one of just two teams until now, to have kept clean sheets in both their games. And against a struggling Polish side, they can achieve a third clean sheet with a professional performance.