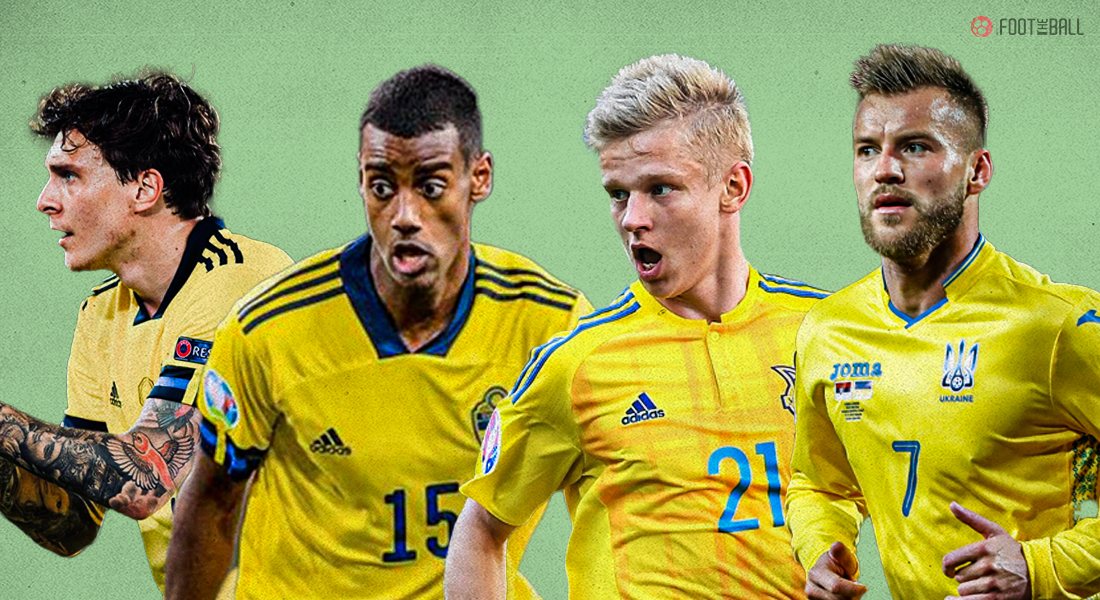 Sweden entered the Round of 16 as the winners of Group E in a dramatic fashion with their injury-time 3-2 win over Poland, after Spain’s 5-0 drubbing of Slovakia in the other group fixture.

Meanwhile, Ukraine qualified to the knockout stages as the only team with three points in the group stage and will go into their Round of 16 fixture on the back of a 1-0 loss against Austria.

And ahead of what shapes as an exciting clash between the Blågult and the Zbirna, we, at FootTheBall, have compiled our best-combined XI from the two squads.

This was an easy pick for us as Ukraine’s Heorhiy Bushchan was underwhelming for his side, letting in five goals from a Post-Shot expected goals (PSxG) value of 4.2, which indicates that the shot-stopping ability was below average and the shots he faced were relatively easy to save. 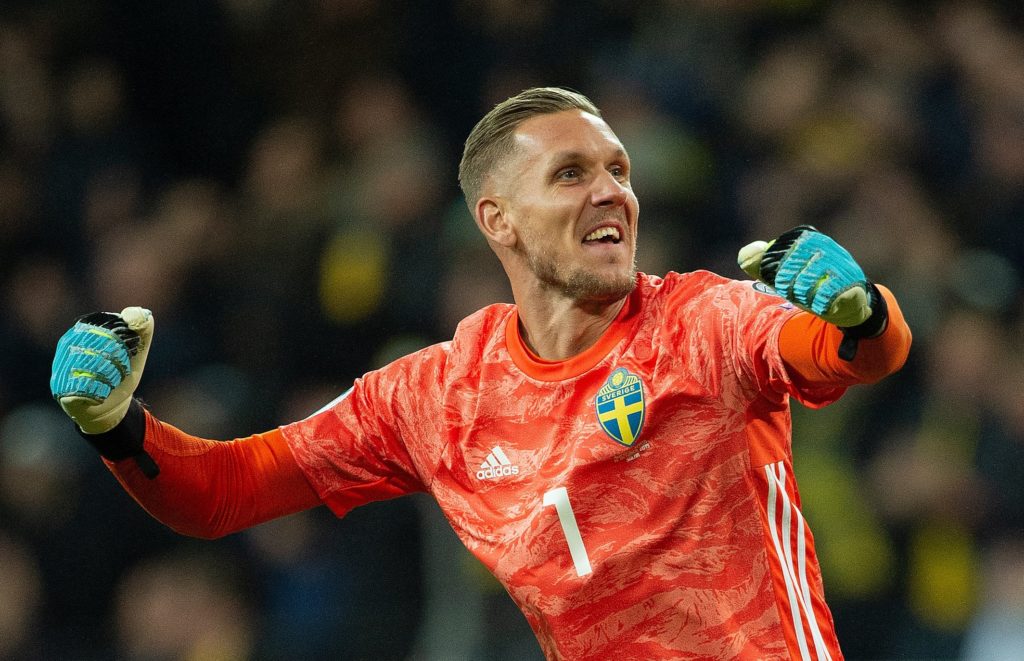 Olsen is one of the main reasons why Sweden was able to keep two cleansheets in the group stage. (Image Courtesy: UEFA / Website)

Robin Olsen, on the other hand, had a PSxG value of 2.9 but he only conceded two goals and kept two clean sheets in the group stage and was one of the main reasons in Sweden qualifying as the toppers of Group E.

The leader at the back for Ukraine, Matviyenko was at no fault for all the goals that his side conceded in the three group stage games and was a rock at the back in defence. He led the side with the most number of clearances and defensive duels won. 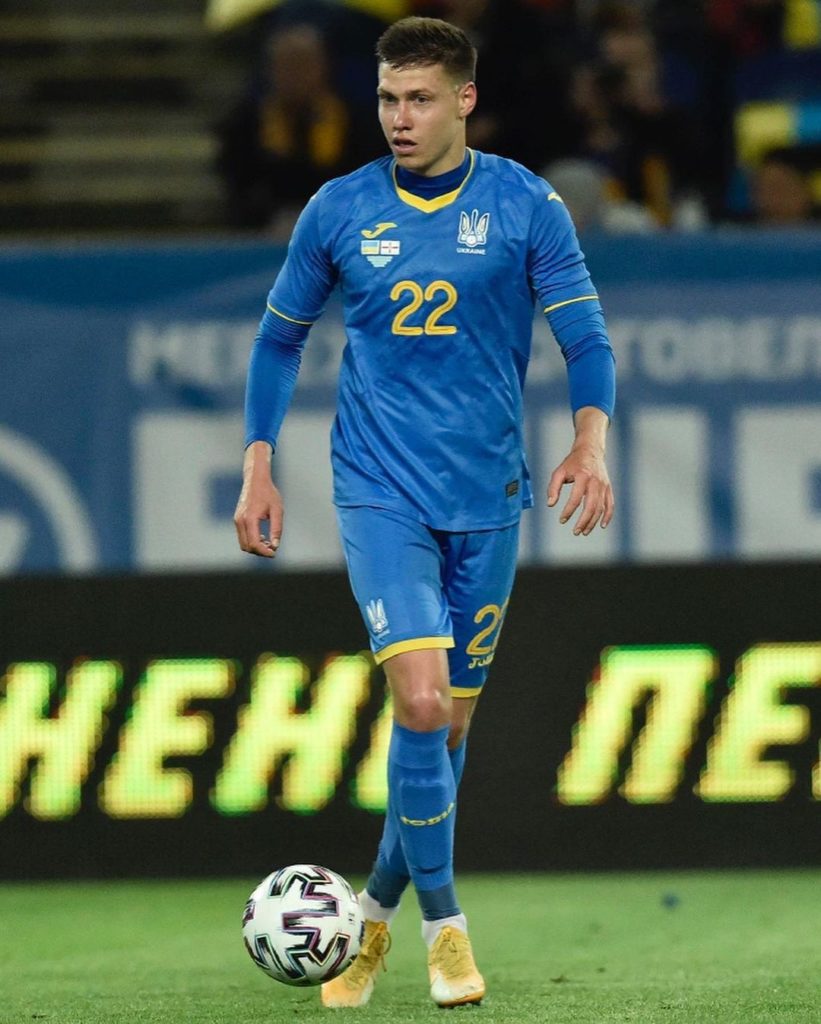 Matviyenko has been a rock for Ukraine and will hope to continue the same against Sweden on Tuesday. (Image Courtesy: Mykola Matviyenko / Instagram)

But he is now set to face a different kind of striker in Alexander Isak, and it would be interesting to see how both of them tackle each other in the game on Tuesday.

One of the silent ones at the back for Sweden, Marcus Danielson was primarily responsible for cleaning up the things for the Swede in the defence and being an able partner for the offensive-minded Victor Lindelof in the heart of the defence.

The final game in Group E was a battle between the centre-backs. 💪 pic.twitter.com/CfI5EAOQ5o

Similar to Matviyenko, Danielson led his side in the number of clearances and interceptions made while also winning the second-most aerial duels after Kristoffer Olssen. The matchup with Roman Yaremchuk will be fascinating as Danielson did not face any of such profile in the group stage.

While Marcus Danielson was given the responsibility to clean up things at the back, Victor Lindelof was the primary progressor of the ball for Sweden, mainly bringing the ball from defence and passing it to the midfield or the attackers in dangerous positions.

This is evident from his numbers where he led the side in the number of passes and the progressive distance in passes and carrying the ball by an outfielder.

Although he missed the penalty in the game against North Macedonia, Ruslan Malinovskyi was by far the best player in that game as he was able to get six shots and created ruckus in the Macedonian defence. His perfect delivery for Yaremchuk’s equaliser against the Netherlands was pivotal and although they did not win that game, Malinovskyi made a great impact individually. 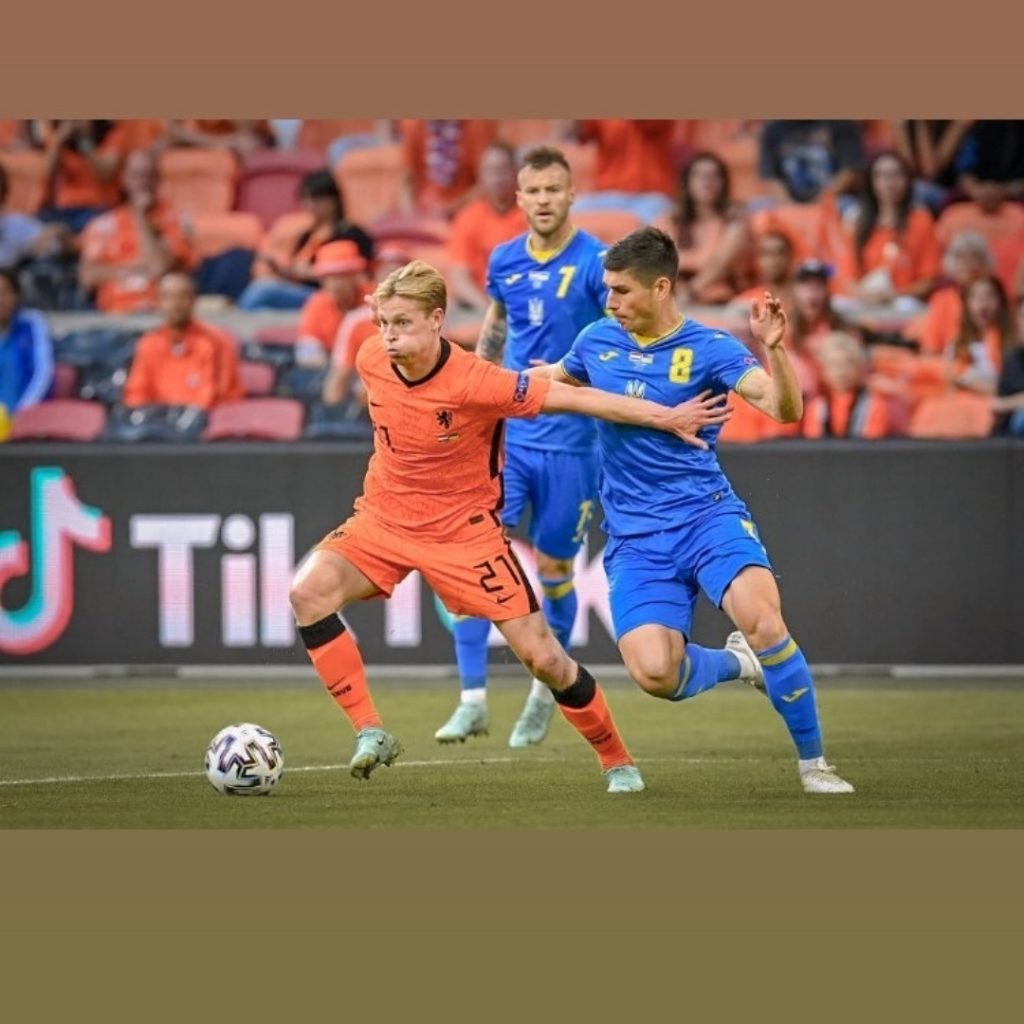 Malinovskyi during the game against the Netherlands. (Image Courtesy: Ruslan Malinovskyi / Instagram)

He is joint-third in the big chances created with three and his manager Andriy Shevchenko will hope that he continues this form in the game for Ukraine against Sweden on Tuesday.

Albin Ekdal did the job of screening the defence for Sweden and was rock solid along with Kristoffer Olsson in the heart of the midfield. While he had no direct contributions in the goals scored or assisted, everything that went through for Sweden from defence to attack had to go through him. 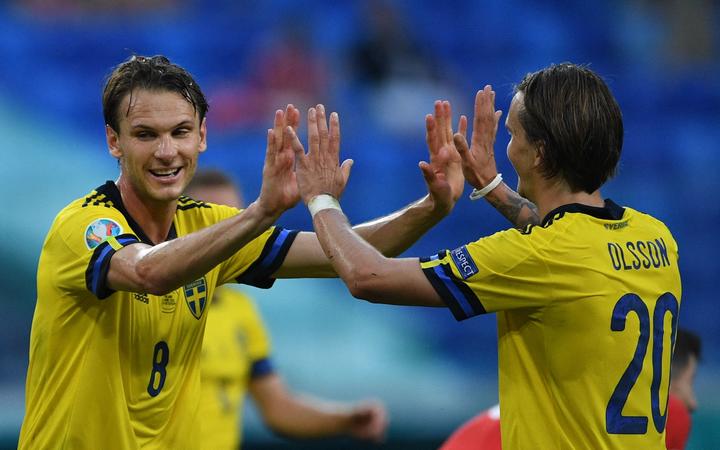 Albin Ekdal, along with Kristoffer Olsson, has been one of Sweden’s most important performers in the group stage. (Image Courtesy: UEFA EURO 2020 / Twitter)

His performance against Ukraine will be one of the deciding factors in the qualification of Sweden into the next round.

His defensive actions too have won the plaudits of many as the all-action midfielder has been an inspiration for his side on the pitch.

Oleksandr Zinchenko was seen as the impact player in the Ukrainian side and although he did not contribute to the side in terms of goals or assists, he was very much involved in his favoured position in the midfield rather than being the left-back, a position he has made his own at Manchester City. 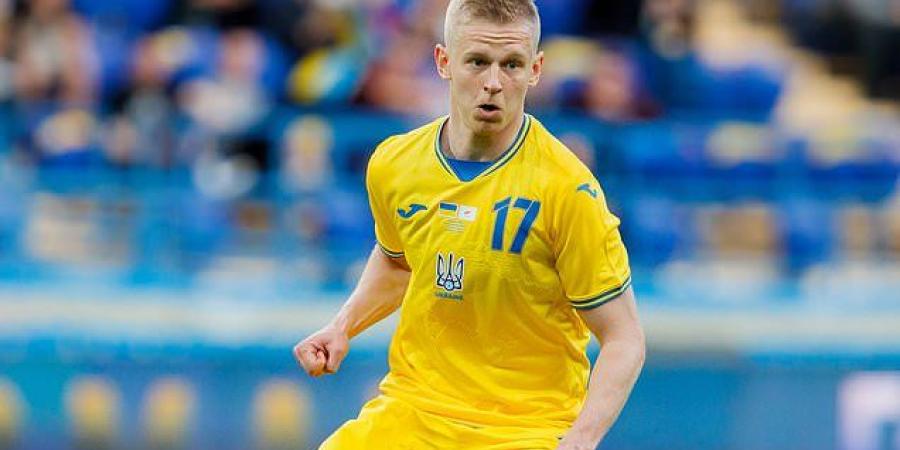 Defensively, Zinchenko was at the top of his game, with six tackles won and nine blocks, the highest in the side and also created a number of chances into the final third, as he did in the Premier League this season.

He might have only played 15 times this season for West Ham in which only one of them was a start, but Yarmolenko took up the role of being Ukraine’s talisman and has been absolutely amazing so far for the Zbirna.

Donning the captain’s armband, Yarmolenko was the reason Ukraine had a chance in the first game against the Netherlands, as he opened the scoring for his side with a gorgeous curler from outside the box when they were 2-0 down.

He continued this form into the next game which Ukraine won 2-1 against North Macedonia and won the Man of the Match award too. Fans will hope that he continues this form and help Ukraine defeat Sweden and progress deep into the tournament.

When Zlatan Ibrahimovic was ruled out before the tournament due to an injury, it was wondered who would take the responsibility of being the talisman for the side and take them to the knockout stages.

Up stepped RB Leipzig’s Emil Forsberg, who not only showcased the talent he possessed but also the leadership skills of leading by example even though he didn’t wear the armband. He was very hardworking in the game against Spain where his team only had 15% of possession. Then he coolly slotted the penalty which won them the game against Slovakia.

And then capped off the group stage with his best performance, by scoring two goals in the 3-2 win against Poland and winning the Man of the Match award.

The epitome of being the clinical finisher in a team, Roman Yaremchuk showed his finishing skills in the games against the Netherlands and North Macedonia where it was his goals that equalised the score against the Oranje and gave Ukraine the lead against the Macedonians, respectively.

The goal against the Dutch was an expert header as he rose above all to put it in the corner while the one against North Macedonia was a cool finish into the bottom corner after latching on to a pass by Yarmolenko.

His performance against Sweden will be one of the main factors in the result on Saturday as he is the focal point of attack of Ukraine attack and the final third movement is set to revolve around him.

The task of replacing a team’s lead centre-forward and that too someone like Zlatan Ibrahimovic is as difficult as it gets, but Real Sociedad’s Alexander Isak has passed with flying colours in that regard. Although he did not score any goals in this tournament yet, he has portrayed himself as an all-rounder in the three group stage games.

Deserves a goal so much at this tournament! 🇸🇪 pic.twitter.com/Qpn8iHA66G

His performance against Slovakia, where he was a thorn in the opposition’s defence, won him the Man of the Match award and was a major reason for the only goal of that match as it was his flick towards Robin Quaison that won them the penalty.

He also turned into providing the assist for Forsberg’s opening goal in the game against Poland and fans will hope that he continues this run and add some goals to his empty tally.