After crashing out of the group stages in the 2016 edition, Turkey will look to take inspiration from their 3rd place finish in the Euro 2008 and punch above their weight at Euro 2020, having known to play a firebrand style of football, synonymous to their country. 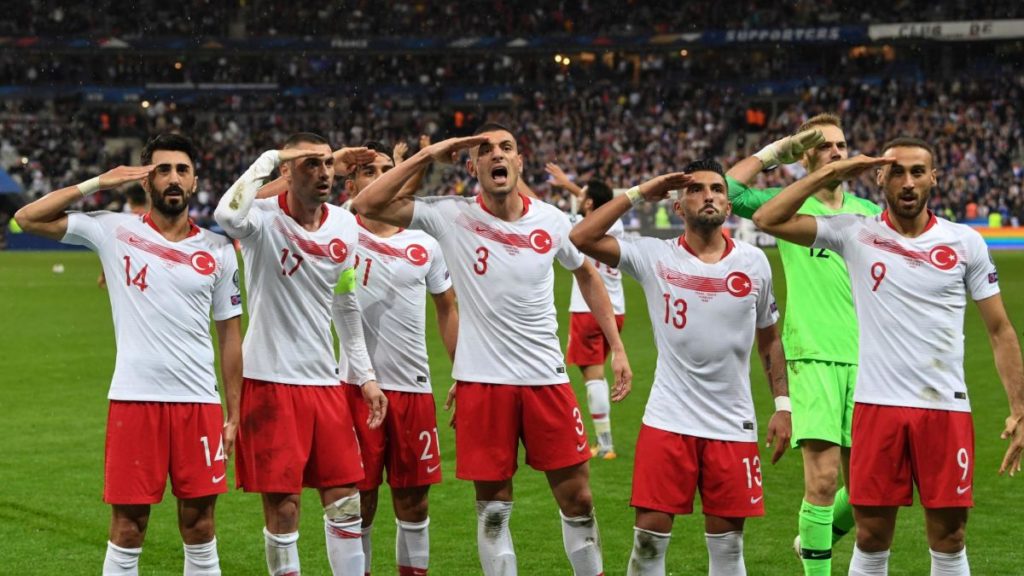 Spearheaded by their influential captain Burak Yılmaz, Ay-Yıldızlılar this time around is going into the campaign with a mix of experienced players and a youthful bunch who will look to set the tournament on fire.

WHO IS TURKEY’S MANAGER?

A Trabzonspor legend, who named their stadium after him, Şenol Güneş has been the manager of the Turkish national team in two stints. One was in 2000-2004, where he took Turkey to their greatest achievement in their history, a 3rd place finish in the 2002 FIFA World Cup and the other is the present stint since 2019.

In 2002, Senol Gunes famously led 🇹🇷@MilliTakimlar to third place at the #WorldCup 🥉🙌

Now, 1⃣7⃣ years on, he's back at the helm of a Turkey side edging their way up the #FIFARanking 📈

Having returned to replace Romanian Mircea Lucescu, under whose guidance Turkey were relegated to League C in the UEFA Nations League after finishing bottom of their group, Güneş has overseen a topsy turvy set of runs as Turkey again finished bottom of their Nations League group, relegating them to League C (they remained in League B the previous time after a UEFA rule change) but their World Cup qualifying campaign had started of brilliantly with two wins and a draw in three games, topping Group G. 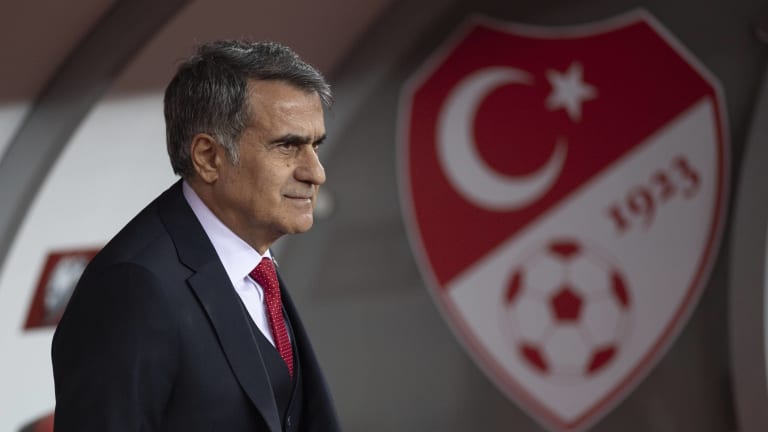 Güneş sets up the team in a 4-4-2 diamond formation, with often a sitting midfielder in front of the defence and primarily Hakan Çalhanoğlu at the top of the diamond as the creative force. But a problem of Güneş’ playstyle is that he tends to over-rotate his players, often leading to miscommunication between the players and these kinds of situations can be lethal in a tournament  and Turkey would not want Euro 2020 to be another narrow miss. 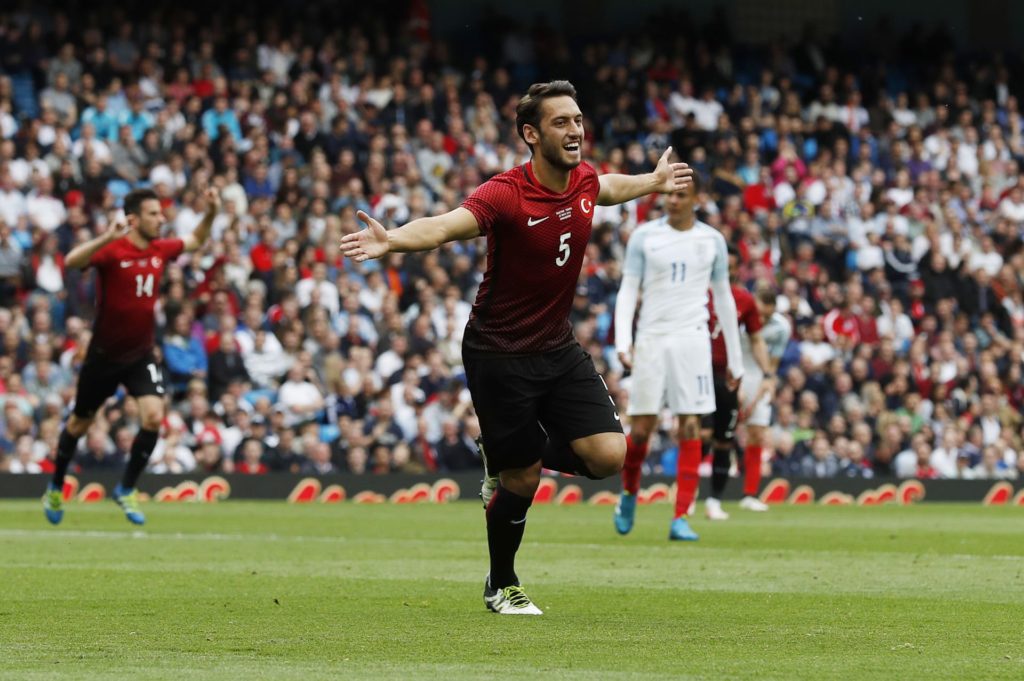 Hakan Çalhanoğlu will one of the first names on the team sheet. (Image Courtesy: FIFA / Website)

The biggest headache that Güneş would have is to choose whom from the plethora of midfielders he has at his disposal. In regard to his set up and tactics, Çalhanoğlu is bound to start as their creative force, but choosing the three behind him will a welcome problem for the manager.

Many players do not move into Europe’s top five leagues for the first time in their careers at the age of 35. Fortunately, Burak Yılmaz isn’t one of those players. Moving from Besiktas to Lille in 2020, Yilmaz has had an enormous impact over Lille and that is evidently visible in their title charge this season.

Burak Yilmaz in all competitions for Lille this season:

The 35 year old has had some key moments in keeping Lille top of Ligue 1. 🎯 pic.twitter.com/K8vakn1OU3

Scoring 12 goals in 24 appearances in the league for Les Dogues including his stoppage time winner against Lyon in an important clash for the top spot, Yilmaz is only one of two players to have played for Turkey’s big four clubs, Fenerbahçe, Besiktas, Galatasaray and Trabzonspor. For Turkey, he is currently their highest active goal scorer and the second highest in the history with 28 goals in 66 appearances.

Ozan Kabak might have only played 13 games for Liverpool since signing on deadline day, 1st February, but his stock has been rising ever since his days in Bundesliga, first at Stuttgart and at Schalke, where is made his name as one of the rising stars in world football, prompting the Merseyside club to snatch him.

Ozan Kabak made more recoveries (5) and more clearances (3) than any other Liverpool player in the first half against Newcastle.

Only Thiago (4) made more tackles (3) than the defender. pic.twitter.com/iCaefJBQsu

One of the first names on the sheet for Güneş, the 21-year-old will look to solidify his place in the national side and in turn win the trust of Jurgen Klopp at his club as the competition is set to increase in the heart of the defence with the return of Virgil van Dijk and Joe Gomez from the side-lines and a supposed arrival of Ibrahima Konate from RB Leipzig.

Turkey, prior to this year’s Euros, has participated in four previous editions, the latest in 2016. Although crashing out in the group stages in two of their four campaigns, Turkey playing in the semi-finals of the Euro 2008 is their best outing till date. After defeating Croatia on penalties in the quarters, Turkey agonizingly lost out to last minute winner from Philipp Lahm in their semi-final against Germany. 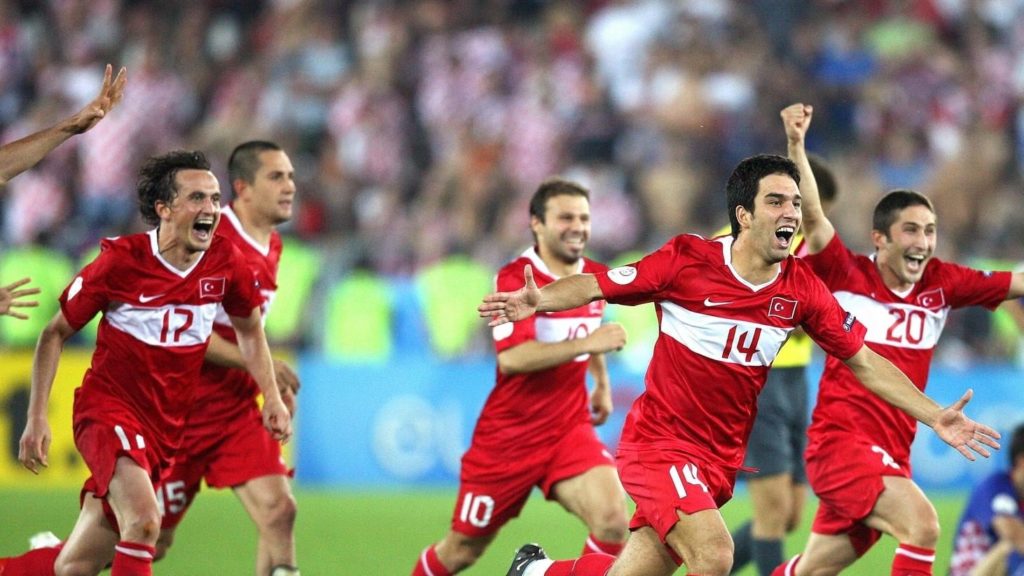 Turkey, after their win against Croatia in the quarter-finals of Euros 2008. (Image Courtesy: UEFA / Website)

In the qualifiers for the Euro 2020, Turkey qualified after finishing second in their group, below France and ahead of Iceland, Albania, Andorra and Moldova. Before the commencement of their campaign, they are set to play friendlies against Azerbaijan, Northern Ireland and Moldova.

Turkey will look forward for their matches after being drawn alongside Italy, Wales, and Switzerland in Group A. Although, none of these are a pushover side, Turkey will be hoping to have their say in the group and that would mean only one thing, an interesting set of matches for the viewers.

With a number of experienced and youngsters in the squad, Şenol Güneş’ men will go into the campaign with renewed confidence after their recently concluded positive run of fixtures.

We, at FootTheBall, predict that although it might be difficult for the Turks to qualify as the group winner, they are capable enough to qualify as a runner up or at least as one of the four best third placed teams at the end of the group stage. The ultimate test then starts, as they can any of the top sides in the world.