England scripted history as they won against Ukraine in Rome to book their place in the semi-finals of Euro 2020 where they will now face Denmark.

The Three Lions were heavy favourites to win the match at the Stadio Olimpico and they didn’t disappoint as a blitzkrieg spearheaded by England captain Harry Kane saw Ukraine outwitted and outperformed in the Italian capital.

Gareth Southgate’s side triumphed 4-0 in Rome to become only the second team in European Championship history to not concede a goal in their opening five matches. Ukraine were meanwhile outclassed by England completely

FootTheBall takes a look at the 5 talking points from the match between Ukraine and England and the standout player in Rome from amongst both teams on the pitch of the Stadio Olimpico.

Harry Kane generally responds well when he scores and breaks a duck, be it at the international level or club level.

And this time was no different as the Tottenham Hotspur forward was on target in the opening 240 seconds for the Three Lions.

The former Norwich City player received a perfectly weighted ball from Manchester City winger Raheem Sterling in the 4th minute before coolly slotting it home to give England the lead in Rome.

A few days ago, he had also scored the decisive goal for England at Wembley against Germany as Gareth Southgate’s side triumphed in the Round of 16.

And now the England captain has firmly silenced his critics and doubters once again by leading from the front for the Three Lions in Euro 2020 as he scored an eventual brace in the Italian capital.

There has been a growing clamour in the England camp to start Jack Grealish, but once again the Aston Villa player was left on the bench for the Three Lions.

Jadon Sancho, meanwhile, started his first game for England in the European Championships against Ukraine in the quarter-finals in Rome. 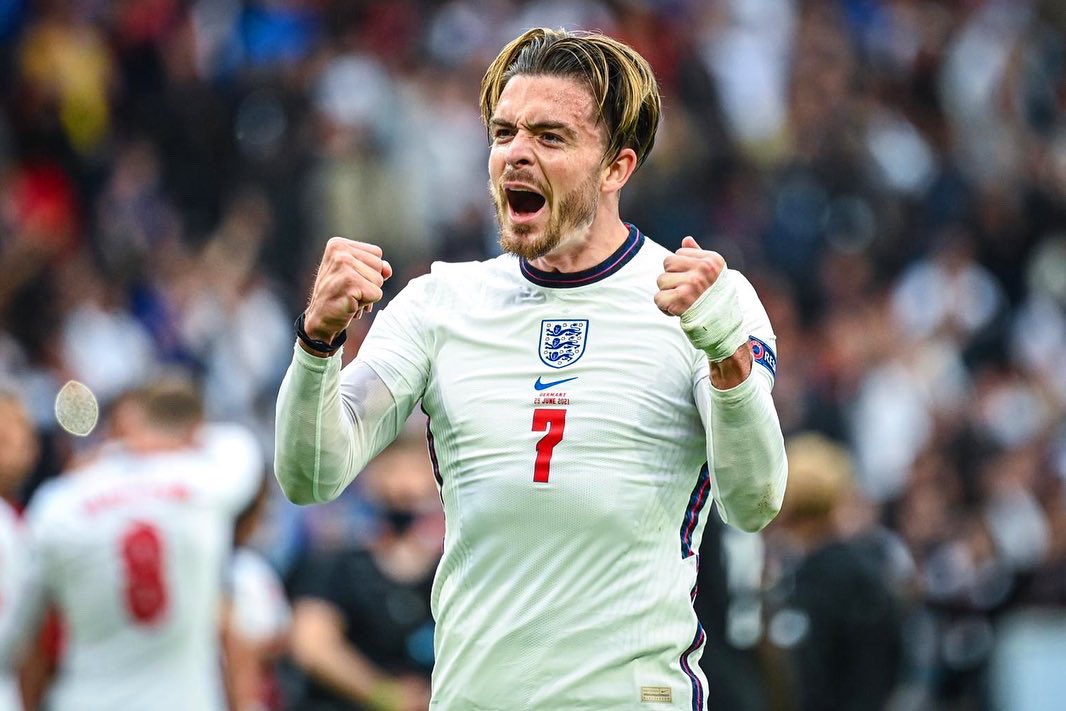 Grealish has been essaying the role of super sub for Gareth Southgate as until now he has contributed 2 assists for his national team coming from the bench.

This includes Harry Kane’s goal against Germany at Wembley when the match looked set to go into extra time, before Grealish came on and changed the whole scenario of the game.

He has been tipped for great things in the future, but the wait for a starting place as the business end of the tournament approaches goes on for the midfielder.

England started the first half in bombastic fashion as Harry Kane opened the scoring within 4 minutes to give the Three Lions the lead and the second half of the game was no different.

The ball was delivered from the left flank by Luke Shaw who took an inch-perfect free kick and the header was guided home by his Manchester United teammate Harry Maguire in the 46th minute to give England a 2-0 lead.

And no sooner had Ukraine recovered from the latest setback than the other Harry (Kane) also received a textbook cross from Manchester United left-back Luke Shaw and extended England’s lead to 3-0 in the 50th minute.

Luke Shaw meanwhile reached a historic milestone as he became only the second England international to register 3 assists at a single European Championship (joint-top with David Beckham – 3 assists in Euro 2000).

England were on the brink of finding a way to overwhelm them, but the Ukrainians held their ground as both sets of players headed down the tunnel at half-time. 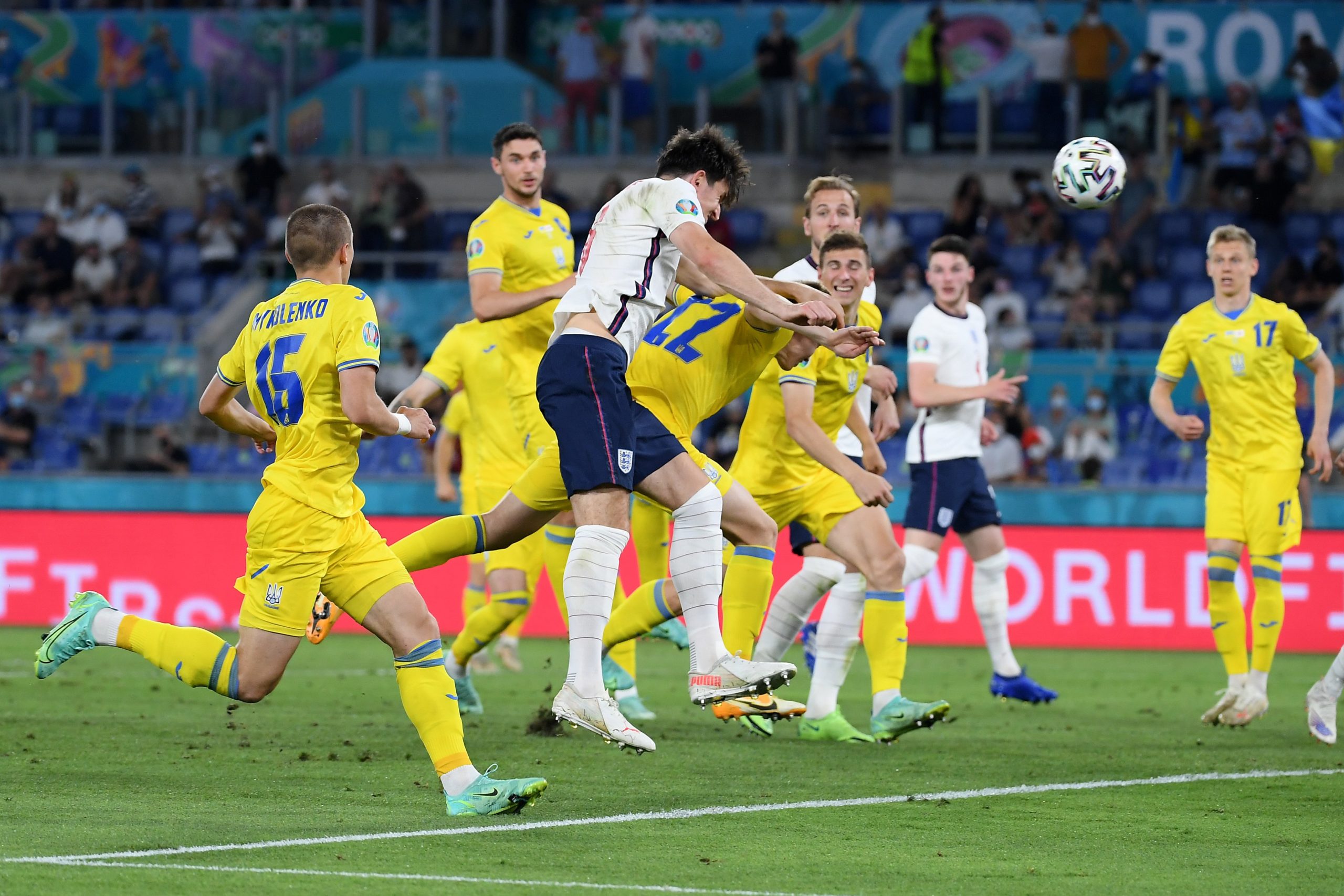 But the second half saw them collapsing like a pack of cards kept in the blowing wind. Shevchenko’s charges were blown away by England as they ended up conceding 3 goals in the space of 18 minutes at the start of the second half.

England’s attacking quality was too much for Ukraine to deal with and the Blue and Yellows floundered under the relentless pressure that the Three Lions exerted on their back three.

5) IS IT COMING HOME FINALLY?

England are through to the semi-finals of the European Championships in the current edition and will face Denmark at Wembley as they bid to win the Euros for the first time in their history.

The Three Lions haven’t lost even a single match in Euro 2020 and are yet to concede in the quadrennial tournament. With the semi-finals and final to be played at the Wembley Stadium in the next few days, one can’t help but ask – is it really coming home?

With the mentality and on-pitch performances by the Englishmen this summer, it just might be their tournament after all.

The standout performer in the match was undoubtedly English captain Harry Kane as the Tottenham Hotspur forward scored a brace to power England to the semi-finals in London where they will meet Denmark at the Wembley Stadium.

Kane was singled out by critics for not scoring any goals in the group stage for England, but the 27-year old has effectively dismissed his naysayers’ claims with an excellent performance for the Three Lions.