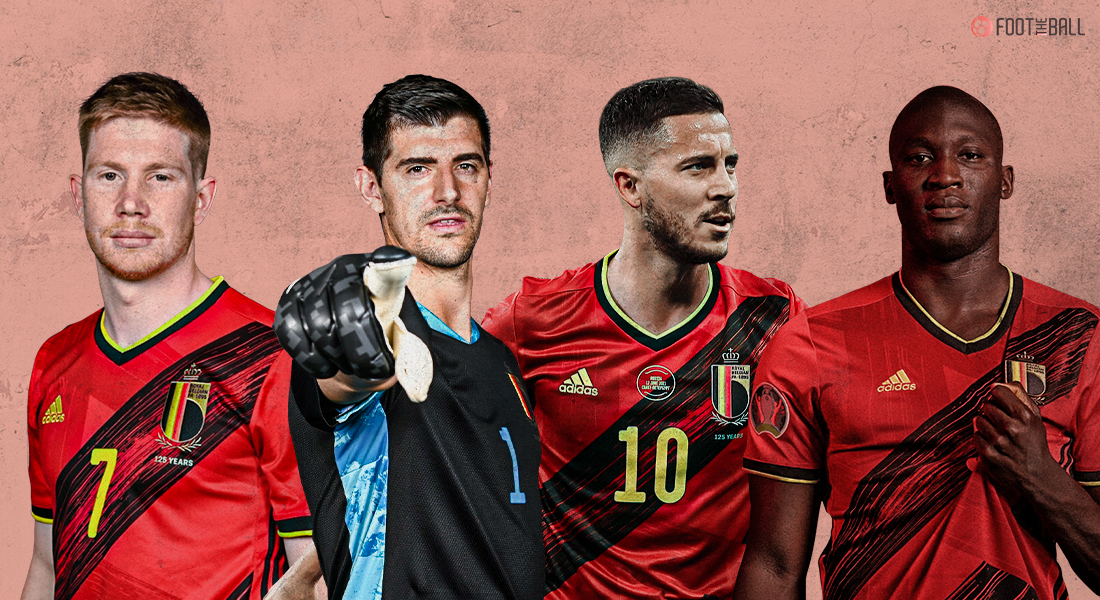 Belgian fans were left disappointed yet again as the Red Devils were knocked out by Italy in the Quarter Finals of Euro 2020. Belgium were unlucky with the fixtures as they faced fierce opponents in the knockout stages, but to be fair, with the quality they have in their camp, not even making it to the semi-finals is rather unacceptable.

With Belgium’s Golden Generation at the brink of its extinction, the Qatar World Cup held in 2022 is probably their last attempt to bag some silverware. Here’s how the top talents from Belgium have failed their country at the international stage.

Nearly all members of the golden generation are nearing the age of retirement. The 30-year mark in football is said to be the age where your body starts to give in and you soon transition into a ‘has-been’. To top that a lot of players from the tribe have already retired.

Vincent Kompany, the man that had been leading them all these years retired after the last world cup. Marouane Fellaini and Moussa Dembele were also promising players in the midfield but couldn’t find glory with Belgium during their time.

It doesn’t seem that bad so far but the real catastrophe awaits Belgium in the coming weeks where their whole backline might pack up their bags. Thomas Vermaelen is 35 and is currently playing in China, hence there is no way we are going to see him in a Belgian kit again. Vertonghen also is 34 and is not good enough to compete in big tournaments anymore. Toby Aldervierled is 32 right now, which means even he isn’t good enough to lead their backline and is probably going to retire in a couple of years.

Dries Mertens is 34, Alex Witsel is 32 and Eden Hazard is 30. Hazard has started becoming injury-prone already and is surely not fit enough to play at the top level. Witsel has been the rock in midfield for them but the Qatar World cup will be his last tournament with Belgium.

Moving on to the real stars of the squad, Kevin De Bruyne, Thibaut Courtois and Romelu Lukaku. De Bruyne and Courtois are nearly 30 years old. This means the Qatar World Cup in 2022 is the last chance for those two to make a difference for the Belgian side.

In 4-5 years, everyone from the golden generation are going to hang up their boots and Lukakau alone would be playing from this star-studded outfit. Him alone is not enough for Belgium to go on and win Euros, which means 2022 is the only chance for Belgium to win a trophy and make their mark in history.

Belgium is the only nation in the history of FIFA that has been ranked first in international football but hasn’t even won a single trophy in 4 major tournaments. The 2018 World Cup seemed finally the year Belgium wins something matching their standards but they played France in the semi-final and had to go home with a bronze medal hanging around their necks.

In 2016, the Golden Generation of Belgium was truly in its prime with all their players in their mid-twenties. They had arguably the best squad in the tournament and were title favourites. However all that amounted to nothing as they were knocked out by an average Welsh side in the Quarter Finals.

In the Euros in 2012 and the World Cup in 2014, Belgium couldn’t even qualify and reached the Quarter Final respectively. Their performance has just been average in the past few years and although they looked like winning the World Cup in 2018, they just tend to bottle it at the end.

Well, dwelling in the past is not going to do them any good, what they need is a re-build. They have tried to stick with the same players month in and month out but that just won’t do anymore. Belgium has ample young talent in their local league but they never play for them in international tournaments. They need to bring in the youngsters and play them with the star players in future tournaments if they want to have any shot at winning a trophy.

We have seen the importance of youngsters in Euro 2020 and that is exactly what Belgium are missing out on. The Qatar World Cup in 2022 is literally the last chance for the Belgian Golden Generation to prove their might or else they are going to go down in history as one of the biggest disappointments.