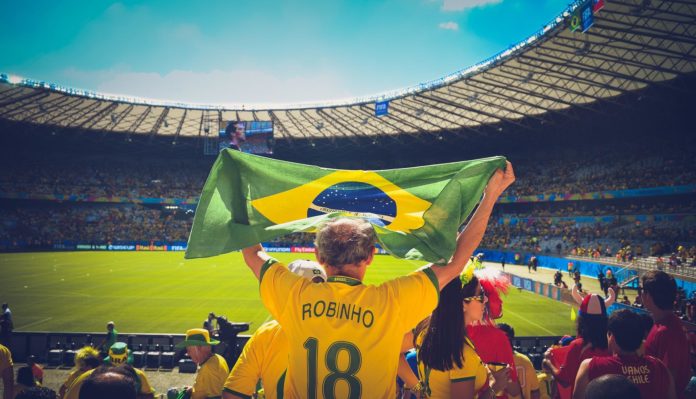 While the Super Bowl claims to be the world’s greatest show, the soccer World Cup finals remain the most illustrious show for billions of sports fans. This year, the show will be staged in some of the most unique stadiums in Qatar. That makes you wonder how the greatest football world cup final stadiums compare with Qatar’s Lusail Iconic stadium and others.

Here are the top 10 stadiums where World Cup finals have been played. Sports punters can also check the world cup odds for the upcoming tournament from some of Canada’s top bookies.

With 107,412 watching the game, the 1970 World Cup final remains among the greatest matches in the history of this competition. Mexico City’s Azteca Stadium hosted this match, where the all-conquering Brazil, assisted by stars like Jairzinho, Pele, and Carlos Alberto, walked away with a comfortable 4-1 win.

With a current capacity of 81 338, Stade de France stands out as the most iconic in France. The stadium hosted the 1998 world cup between France and Brazil, where France won 3-0

England’s only World Cup trophy came in 1966 on home soil in front of 96,924 followers at the old Twin Towers. The famous old Wembley Stadium hosted the game where Bobby Moore and his men overcame their adversaries, West Germany.

With the building works on the Maracana stadium starting in 1948, it hosted 199,854 people for the 1950 world cup final. That’s the largest crowd reported in any final game. The stadium also hosted the 2014 World Cup final, where Germany stunned Argentina 1-0.

The Rose Bowl Stadium is an outdoor athletic stadium with a capacity of 92,542. The stadium gained fame in 1994 after hosting the FIFA World Cup finals between Brazil and Italy, where Brazil beat Italy 3-2 on penalties.

With an official sitting capacity of 81,000 people, the Luzhniki Stadium is Russia’s largest stadium. The stadium officially opened in 1956 and hosted the 2018 FIFA world cup finals between France and Croatia, where France won 4-2.

Yokohama, famously called Nissan Stadium, is Japan’s largest stadium. With a seating capacity of 72,327, it was the centrepiece for the 2002 world cup finals, where Brazil stunned Germany with a 2-0 score line.

Officially opened in 1936, Berlin’s Olympiastadion Stadium was the centre stage for the 2006 World Cup finals, where Italy battled France to draw 1-1 after extra time. Italy emerged victorious after beating France 5-3 through a penalty shootout.