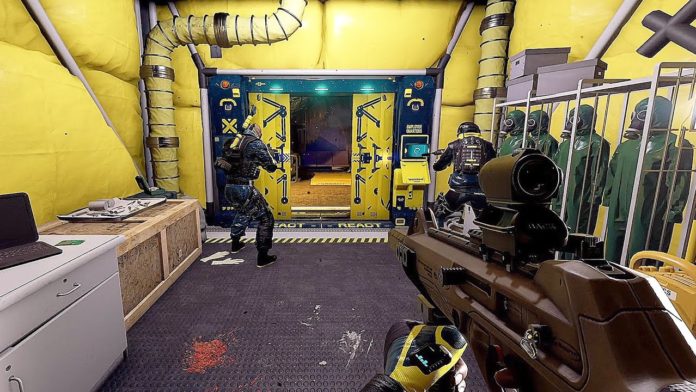 Footballers these days are competitive – be it on the pitch or off the pitch. This hunger and winning mentality that players conceive to be the best in the room is quite evident in the modern game of football.

Speaking of competitiveness off the pitch, players tend to take some sort of stress busters from their usual day-to-day activities of football. From playing some of the famous football games like FIFA 22 and eFootball, footballers have never been short on options when it comes to gaming. Some of the biggest console gaming geeks in football are Declan Rice, Sergio Aguero and Neymar. Many of these players take this competition to the football pitch and it creates another level of intensity amongst them.

Speaking of all these players and their craze for gaming in general, one game trend that footballers are getting on are R6 Extraction.

If you enjoyed the experience in Tom Clancy’s R6 Siege, R6 Extraction is a title you wouldn’t want to miss. The only distinguishing feature is that Extraction is a PVE game where you’ll be battling against Archæans instead of the real characters you faced in Siege. More so, Extraction is an Objective-based game, and these tips will help the footballers reach the summit of this game.

You can stop some Arceans from spawning

Not all Archæans in the game are automatically there. Most of the Archæans you’ll be battling spawn out of nearby nests when they notice your presence. The idea is that the nests act as respawn points for Archæans; as such, you must destroy them at any opportunity.

You’ll easily come across nests as you go through the Sub-zones. You can significantly reduce the Sprawl which they use to slow your progress across the map. In addition to clearing your path, you’ll also enjoy a good laugh at the animation when a teammate jumps to stab a nest.

Don’t be too noisy

One thing that is more valuable than your weapons is stealth. You’ll need to conceal your presence as much as possible to avoid having too many enemies to face. With many Archæans available in the game, you can easily get overwhelmed.

They make a howl-like noise that draws more of them to an area. Thankfully, drones serve as valuable tools to help you detect foes. Also, if you can get suppressors on your weapon, they’ll do you good instead of using the knife all the time. But takedowns do the best job of silently executing kills.

Completing studies will boost your progress.

The main way to boost your progress in top eSports game is by finishing the objective. In addition, you can also move up the progress bar by completing study objectives. Just in case you don’t know, Studies are smaller objectives that come in sets of three. Also, you get XP rewards upon completion of the studies.

XPs gained from completing studies can be useful in unlocking the nine buyable operators and new map locations. However, don’t let study challenges make you forget the main objectives of the round. Always check the load-out screen to see the game’s objectives before playing.

Be on the lookout for your teammates.

If you’re playing solo, the game will automatically adjust the difficulty level to suit a single player. An increased number of players in squads also comes with a corresponding increase in difficulty in balancing the challenge. If any of your teammates get knocked out or knocked down, the team is disadvantaged.

Your knocked teammate will be in the REACT form until the end of the incursion. When this happens, the best thing to do is to take them to the REACT Extraction Pod. But you must first get rid of any threats in the area before doing this. However, you can avoid such scenarios by reinforcing coordination between yourselves.

A useful addition to the game is the ping feature. This feature becomes essential if you’re playing in a squad. The ping allows you to mark targets, areas, objectives, Archæans, items, etc., for other squad members.

Once you find an object you want to ping, navigate to the object and press the d-pad. This automatically marks the object for you and your other teammates. Players can readily utilize this as a welcome alternative to sending messages or using voice chats with teammates.

All in all, with competition in gaming so high, these 5 top tips contain information about Extraction and tricks on how to go about this captivating tactical shooter. Furthermore, we found some of the Best Rainbow Six Siege Hacks to help ease your struggles.

The game offers a thrilling experience similar to that of its predecessor – Siege. Most of the actions and mechanics available in Siege still apply here. So, if you’ve been on Siege before, you don’t really have much work to do getting along with Rainbow Six Extraction.

You’ll only find a few variations with the Archæans, Sprawls, nests, and a few others. You need to adopt stealth as your first and most important tip. Also, communicate with and ping your teammates. Lastly, your focus should be on the objectives.