🐉 DRAGONS VS THE DYNAMITES 🧨 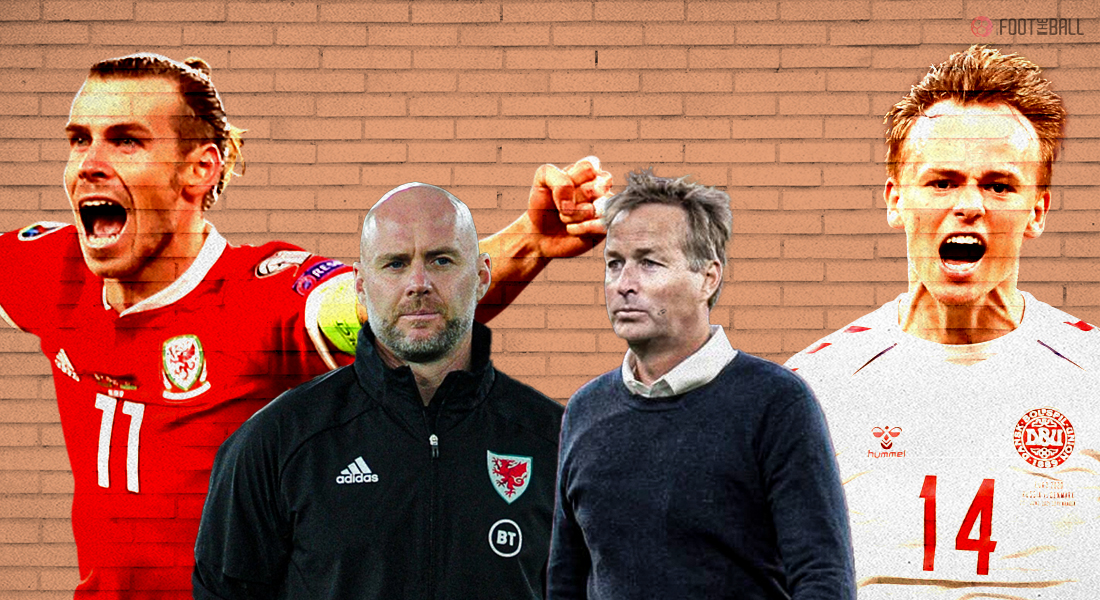 Wales are set to face Denmark in the opening game of the Round of 16 of the 2020 UEFA European Championship at the Johan Cruyff Arena on Saturday.

The Dragons, who are into the knockout stage for the second consecutive time after Euro 2016, have been inconsistent throughout the tournament but finished second in the group over Switzerland by having a better goal difference.

They created a number of chances in their first game against Switzerland but could only manage a 1-1 draw. They were at their very best in the 2-0 win over Turkey. However, the last group stage game against Italy, which ended up in a 1-0 defeat, was very sub-standard in terms of the performance as no one was able to trouble the second-choice Italian defence.

Similar to the Welsh, Denmark have also had a pretty inconsistent run until the last game, which was also affected by the absence of their talisman Christian Eriksen. The heart attack to Eriksen marred their loss to Finland while they were blown away by a second-half comeback by Belgium. Denmark came back strongly in the game against Russia and the performance was very fluid relative to the first two games.

Their 4-1 win in Copenhagen took them from fourth to second in the group and handed them a favourable fixture against Wales. A game against some of the top-ranked teams beckoned if they would’ve finished third.

Wales and their manager Robert Page will be happy with the fact that none of the players are facing any fitness issues and will be available to be called up whenever necessary. Ethan Ampadu is the only player that misses out due to the suspension after receiving a red card against Italy in their final group stage game. 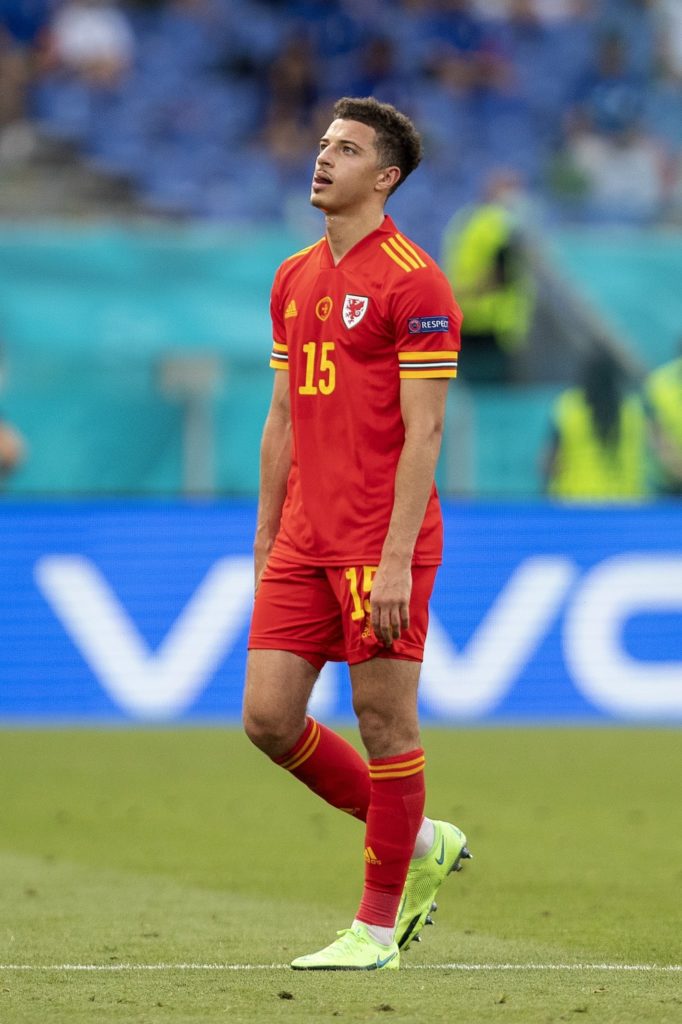 Ethan Ampadu’s red card against Italy sees him miss the round of 16 fixture against Denmark. (Image Courtesy: Ethan Ampadu / Twitter)

With some of the first team getting ample recovery time after being rested or subbed off early in the game against Italy, it is inevitable that Page is set to put out a full-strength side against Denmark.

Apart from the absence of Christian Eriksen, who had suffered a cardiac arrest in the game against Finland, Denmark go into their knockout game with pretty much a full-strength side and after their emphatic win over Russia in the final group stage match, there might not be many changes to the side that played on Monday. 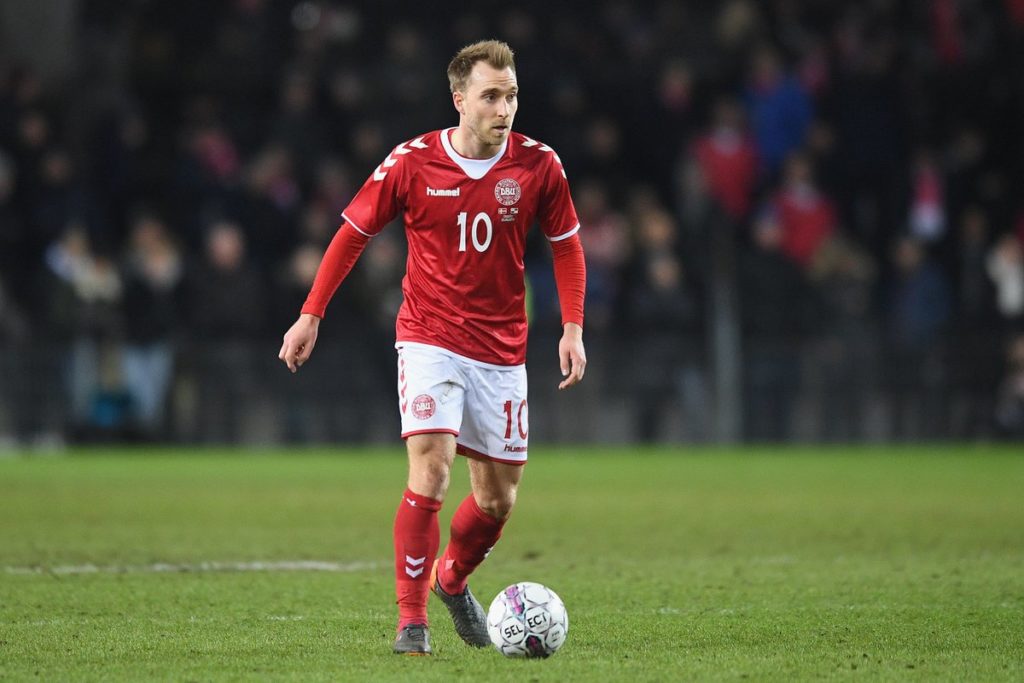 Christian Eriksen is the only absence from the Denmark side for the round of 16 fixture against Wales. (Image Courtesy: UEFA Euro 2020 / Twitter)

For the Dragons, Gareth Bale remains the trump card even if he starts from the bench. The Real Madrid superstar possesses skill and talent that no one else in the squad can match and history has seen how he can change things for Wales from near-impossible situations. 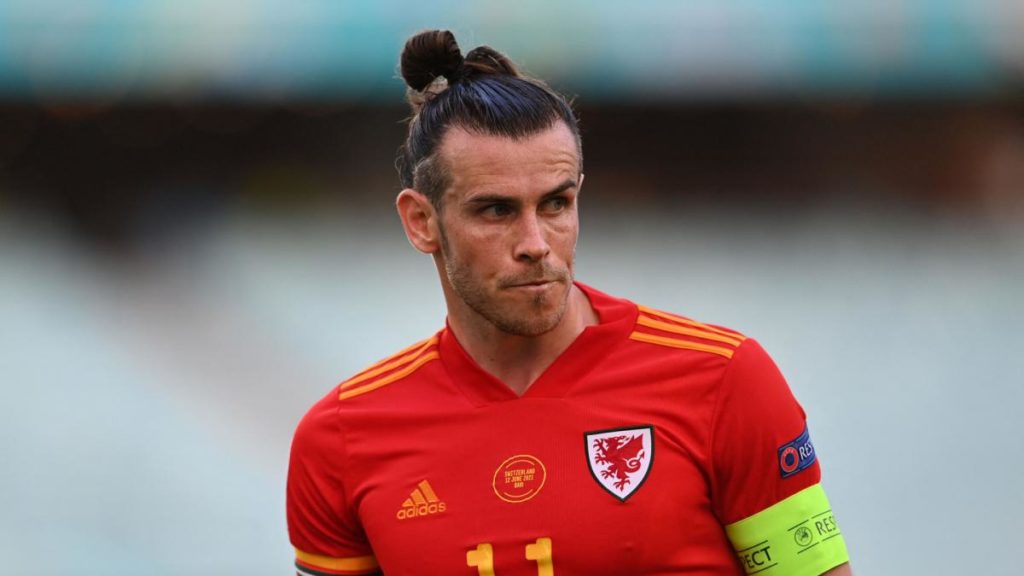 Bale will have to perform if Wales want to achieve further success in the tournament. (Image Courtesy: UEFA / Website)

Apart from Bale, Robert Page will hope that Daniel James continues his purple patch as he ended the group by being the player with the greatest number of chances created in the entire tournament until now.

And up stepped 20-year-old Mikkel Damsgaard, who first impressed in the game against Belgium but was on another level during the game against Russia, which he capped off with a stunning goal.

20 – At 20 years and 353 days, Mikkel Damsgaard has become Denmark's youngest ever goalscorer at a major international tournament (World Cup and EURO). Cracker. #RUSDEN

Although there are experienced players such as Youssef Poulsen, Martin Braithwaite, and Pierre-Emile Hojbjerg in the line-up, manager Kasper Hjumland will again be hopeful that Damsgaard can perform as he did in the group stage and light up the tournament even more.

With both teams coming into the knockout stage with various inconsistencies in the group stages, the game sounds like one of those goal fests or a drubbing 0-0 bore-fest.

While Wales come in with a defeat against Italy, Denmark will be hoping to continue with the momentum of the 4-1 win and brush aside the Welsh side in the same fashion. But Wales aren’t to be underestimated at any point, given their experience in these kinds of games, hence, FootTheBall predicts Wales 2-1 Denmark.