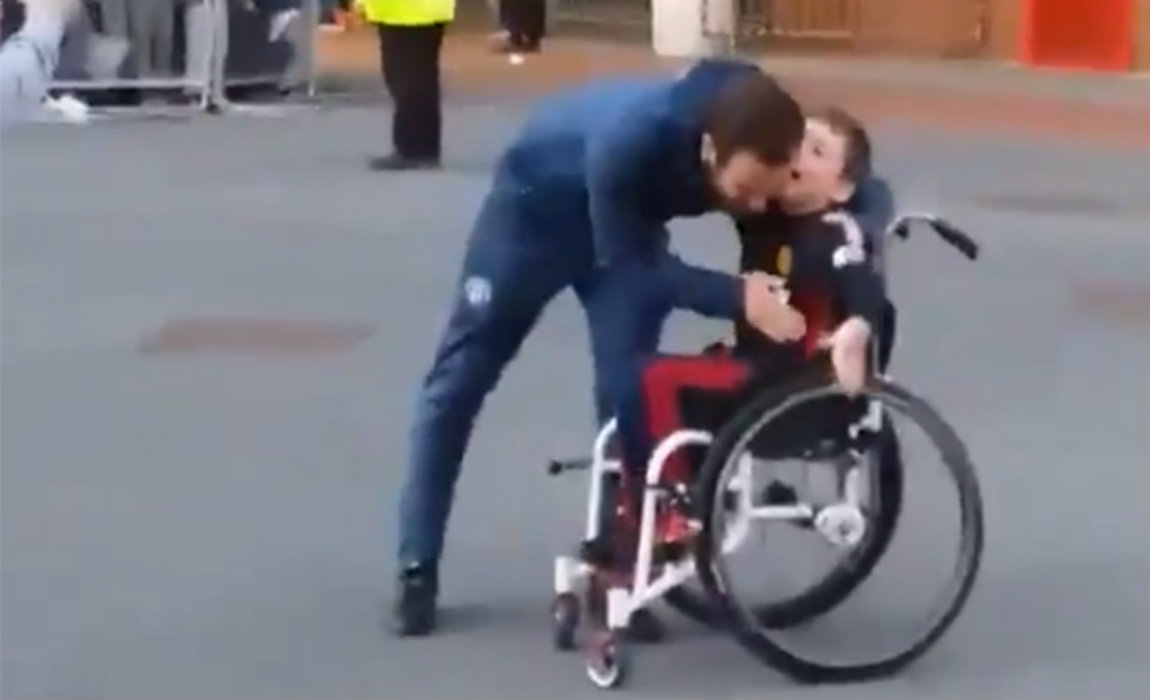 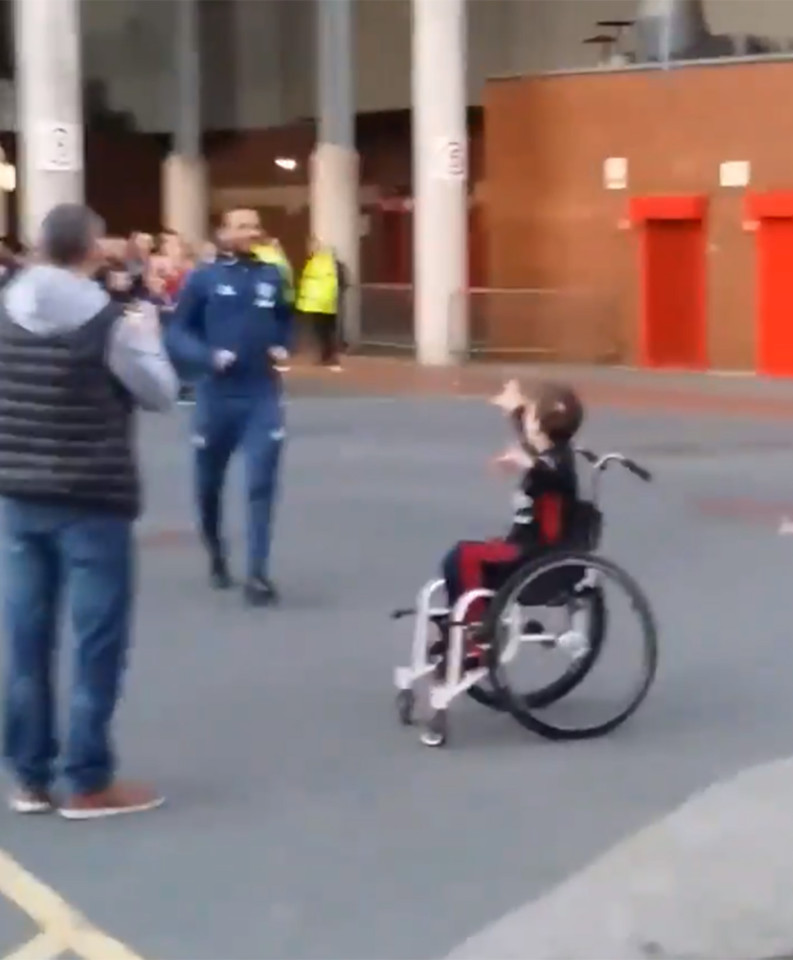 Man Utd’s fan favourite Juan Mata won a million hearts after he posed for a picture with a young disabled fan before United’s 1-1 draw against Stoke City.

The Spanish playmaker was making his way out of Old Trafford on Saturday evening when he saw a young disabled fan (Alex Nield) in a wheelchair with his father, waiting outside the stadium. 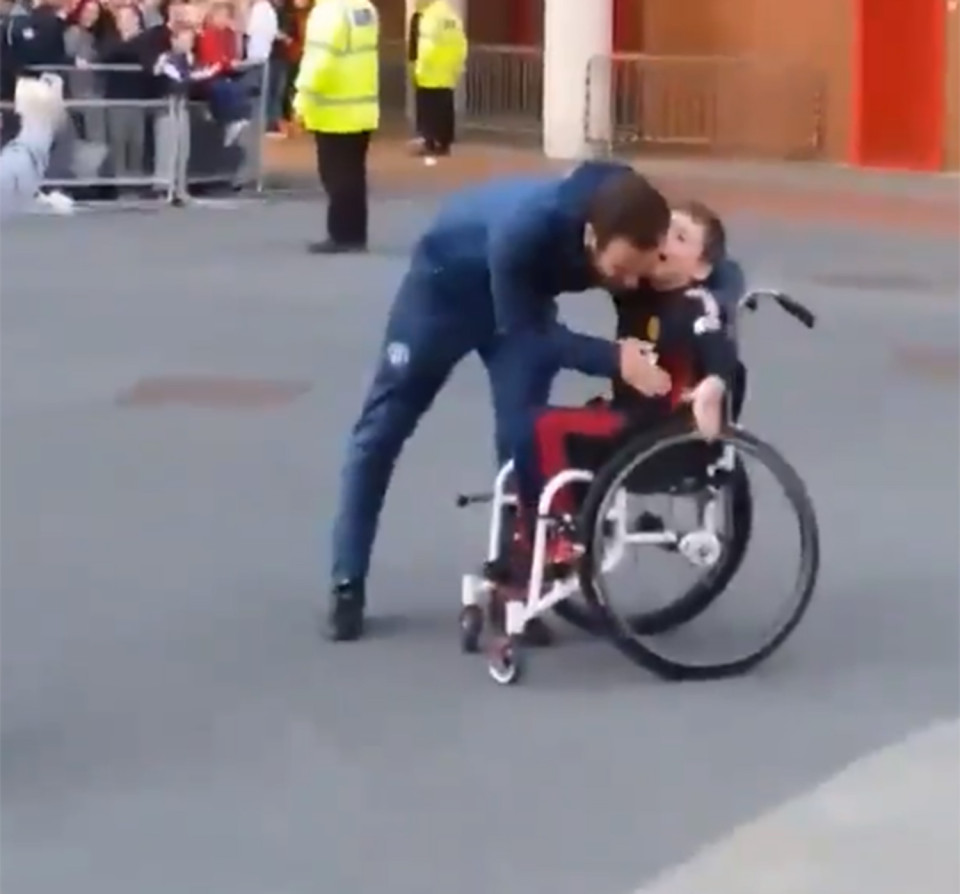 Mata immediately ran towards Nield before hugging him and his father and posing for a snap or two.

The crowd waiting outside the stadium responded with a thunderous round of applause as they were highly impressed by Mata’s kind gesture.

The Red Devils star, who started ahead of skipper Rooney in United’s clash against Stoke City – signed an autograph before hugging them for the second time.

After a brief chat with the two, Mata rushed towards his team-mates before leaving for a routine trip to Lowry. 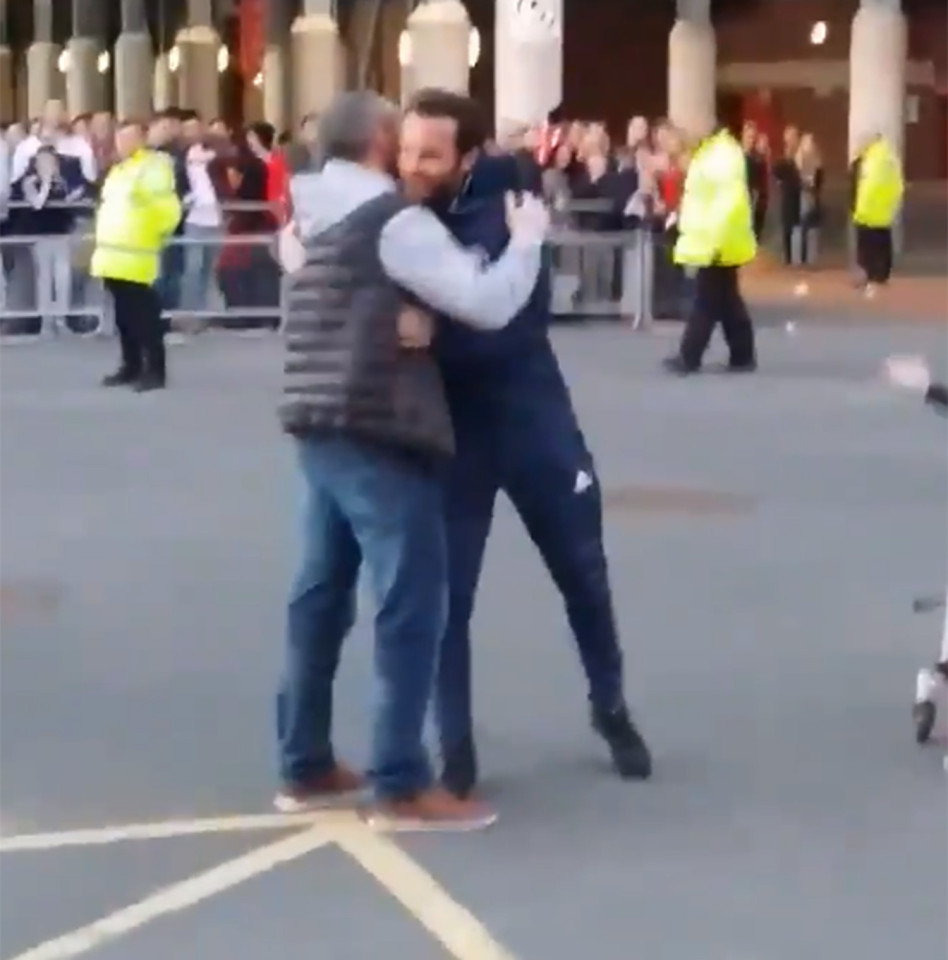 A Twitter user uploaded the video with the caption: “Such a kind-hearted and classy guy.”

However, the clip was originally published on  Facebook by user Leon Labko, who stated: “Late afternoon Saturday 1st October 2016.

“Alex Nield meeting up with Juan Mata where players assemble for their team coach trip to the Lowry.”

“JUAN MATA IS A CLASS ACT.”