WHO WILL BE THE STAR? 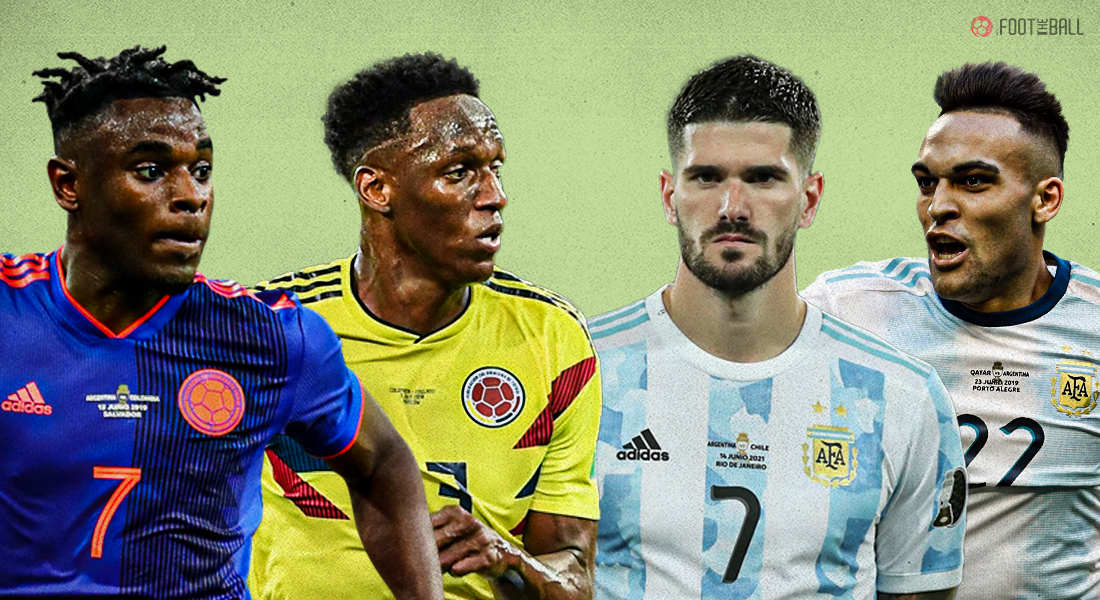 Only four teams are remaining in this year’s Copa America edition and two riveting semi-final encounters await us in the coming days. Fans dearly wait for their favourite players to take on the field and guide their teams to the final of the tournament.

A gracious assist to Rodrigo de Paul followed by a delightful free-kick from Lionel Messi against Ecuador. Two incredible penalty saves in the shootout after keeping two of the best strikers of the continent quiet for 90 minutes from David Ospina. Two captains with two celestial performances to take their teams into the semi-final will be put against each other and only the more resilient one will get through.

It is the history of knockout ties that call for a moment of magic from one key player to guide his team to glory. With all the advanced analytics and in-depth analysis, teams are equipped to prepare for such challenges and as a result, there are many mouth-watering battles on different zones of the pitch that determines the outcome of the match.

As Lionel Messi’s Argentina will take on Colombia on Tuesday, July 6, such battles will be in abundance in attack, defence and midfield. FootTheBall has cherrypicked three key battles in the second semifinal that will provide top tier entertainment to the viewers and help their teams find success.

Colombia has only managed to score three goals in the tournament despite having the attacking partnership of Duvan Zapata and Luis Muriel who combined for 37 goals in Serie A this season. Zapata is a dangerous striker and a proper number 9 who can dominate the opposition box with his strength, power and speed. His strength will be key to Reinaldo Rueda’s team’s prospects in the semi-final as they face one of the best defensive units of the continent which conceded only two goals in five games.

The focal point of La Albiceleste‘s defence is the seasoned and sturdy centre-back Nicolas Otamendi, who will directly face off with the Colombian number seven. Otamendi is a well-built and muscular centre-half who is known for his effective tackling and ability to read the opposition attacks in time.

The 30-year old forward is still waiting to open his goalscoring account in the competition and there’s no better opportunity than in the semi-final against the tournament favourites. But it won’t be an easy task getting past the Argentine defensive wall led by Otamendi and protected by Emiliano Martinez between the posts.

Zapata likes to receive the ball with his back towards the goal and shield it with his immense strength before turning to find shooting space or setting up another teammate. He is also a good aerial threat with his strong physique that allows him to win duels. It is projected to be a fierce battle between Otamendi and Zapata as both players like to fight with all of their might.

Another intense attack v defence battle that will be a joy to watch for the neutral spectators and a nervy experience for the fans of either side will be between the young Inter Milan sensation Lautaro Martinez and Everton’s Colombian rock at the back, Yerry Mina.

The 23-year old Argentine forward is nicknamed “The Bull” for his ferocity and aggressive instincts in the opposition half. He always carries a goalscoring threat for his team and makes constant attacking runs in the box to get into dangerous positions. A quick and agile player by nature, he becomes unstoppable on counter attacks which made him a great asset to Antonio Conte’s Inter squad.

With Argentina, he likes to drop deep and provide another passing option to his midfielders and draw defenders out of position to create spaces and break the defensive blocks.

His direct opponent on the pitch is the 6’5” tall centre-back Yerry Mina who is known for dominating aerial as well as ground duels and taking on the attackers with great intensity. Being a disciplined tackler, Mina doesn’t unnecessarily dive into challenges and generally keeps his composure in difficult situations.

But a tall physique naturally curbs his agility and speed, which is needed to stop a forward like Lautaro Martinez or Lionel Messi. It will be a challenging yet exciting battle as the two players complement each other. Lautaro’s weaknesses are Mina’s strength and vice-versa.

The most colossal battles are always the most important ones, and there’s nothing more important than dominating the midfield in order to win such high-stake fixtures.

Argentina boasts one of the most in-demand central midfielders in the world, Rodrigo De Paul. The 27-year old has been reportedly signed by the Spanish Champions Atletico Madrid for his amazing strength and wide range of passing.

He created the most shot-creating actions per 90 in all of Europe while playing for his domestic club Udinese. De Paul likes to get on the ball and dribble it forward to create chances for his side.

He will be up against Colombia’s defensive engine in midfield Wilmar Barrios, known for his stamina and ability to run extensively on the pitch. Barrios is a calculated defensive midfielder and rarely loses his footing during tackles.

Apart from doing his defensive duties satisfactorily, the Zenit St Petersburg midfielder is also a great passer of the ball. He can split open defences with his long passing and cross-field diagonals. But his primary duty on the d-day will be to keep the dynamic De Paul in check.

De Paul opened the scoring against Ecuador in the quarterfinal, with an easy tap-in thanks to his brilliant positioning in and around the box. He made 18 goal contributions in Serie A which made him the hottest prospect in the transfer window. It is expected to be an evenly poised battle between the two midfielders as their teams fight for a place in the final.