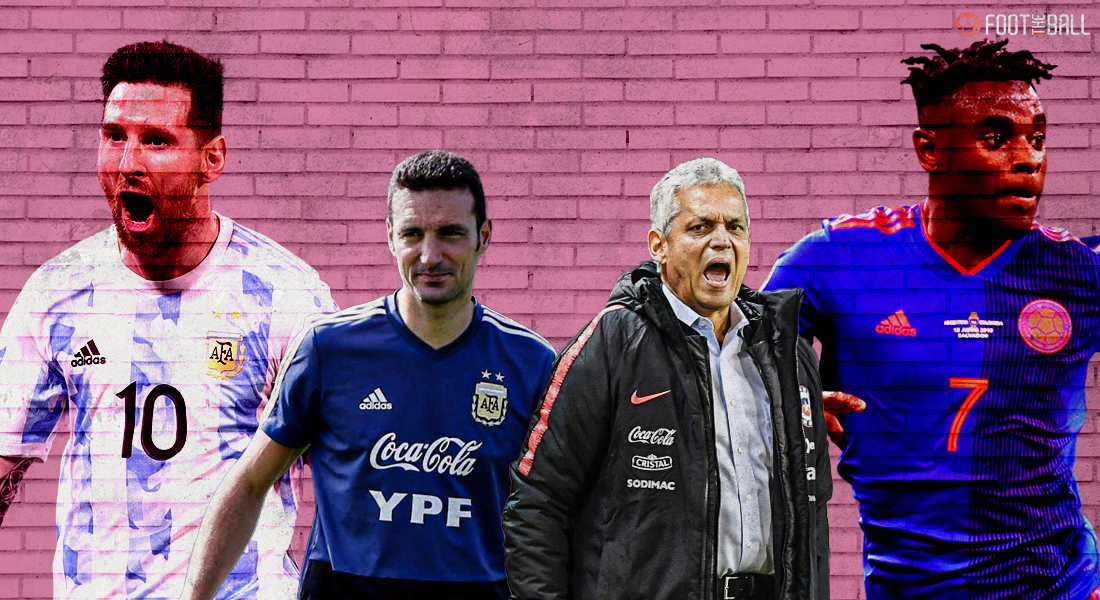 COPA AMERICA 2021 PREVIEW: ARGENTINA VS COLOMBIA, MESSI READY FOR OSPINA AND CO IN THE THRILLING SEMIFINAL

Copa America 2021 is into its final stages and only four teams are left in the competition as we approach the semi-finals. The dream lives on for Lionel Messi to lead his team to a major international trophy as Argentina prepares to face a resilient Colombia on Tuesday, July 6.

Colombia won their only Copa America title in 2001 and have been on the decline ever since, but the current squad is full of talent and confidence and is capable of taking on any challenge.

The Lionel Scaloni led Argentina is gliding through the tournament so far and is the only unbeaten team in the tournament alongside hosts Brazil. La Albiceleste topped the group stage with three wins out of four games and carried a similar form into the knockouts. They were pitted against a shaky Ecuador side and came out victorious with a comfortable 3-0 win.

A win in this game will mean Messi reaches his fourth Copa America final and at 34 years of age, it will be his last in all probability.

Colombia, on the other hand, hasn’t been really convincing in their run so far, getting only one win in the group stage. Their quarterfinal tie was an exhausting 0-0 draw and went into penalties. David Ospina saved two penalties as Colombia scored all of theirs and knocked out one of the best teams in the competition, Uruguay.

Reinaldo Rueda’s side will need to be at their best if they aim to get past the in-form Argentina. The winner of this semifinal faces the winner of the match between Brazil and Peru in the final of Copa America 2021.

The Argentine side faces no injury concern and will be able to field the strongest side on Tuesday to reach the final and go for their 15th and record-equalling Copa America title.

Lionel Scaloni prefers to field a 4-3-3 formation with Leo Messi fielded either on the right flank or as a central attacking midfielder behind the number 9.

Colombia too faces no new injury concern and is prepared to go all out against their toughest challenge of the tournament so far. Reinaldo Rueda will need to field a well-balanced team that can find the goals when an opportunity arrives as well as defend compactly. Juan Cuadrado’s return from a one-game suspension will be a great addition to Colombia’s prospects.

Colombia prefers a 4-4-2 formation with the Atalanta strike partnership of Duvan Zapata and Luis Muriel upfront.

Argentina is blessed with one of the greatest players of all time, who can turn any game upside down his day. Be it his brilliant ability on the ball, his vision, passing, dribbling and finishing, there’s no attacking aspect of the game that Messi doesn’t excel at. He is the leading goalscorer and assist provider of the tournament so far with four each and Scaloni will hope that he can continue this form in the next round. More than Scaloni, Messi himself would want to give his best in what could be his last attempt to win the prestigious Copa America.

He will surely pose the biggest threat to David Ospina’s goal and his former Barcelona teammate Yerry Mina will need to be on his toes to keep him from scoring.

Colombia’s captain and hero of the quarterfinal David Ospina is the most reliable and most capped player of the national team. The Napoli goalkeeper is known for his athletic reflexes and positional awareness that allows him to stop anything that comes his way. He has successfully kept three clean sheets in five games so far and kept the dangerous Luis Suarez and Edinson Cavani at bay in the game against Uruguay.

But his biggest challenge will be to face the calm yet destructive Lionel Messi and his fierce attacking partners in Sergio Aguero and Lautaro Martinez. He will need to be at his best to help his team get to the first Copa America final since 2001.

Argentina is the obvious favourite coming into the tie with all the firepower they have at their disposal but there’s nothing certain about knockout ties and the better performer for 90 minutes takes it all. Colombia will want to keep their opponents quiet and patiently wait for a goalscoring opportunity to take advantage. However, it will be a strenuous task for Rueida’s men as Lionel Messi won’t be in a mood to let it slip.

FootTheBall predicts a 2-0 win for Argentina, sending them through to the final.