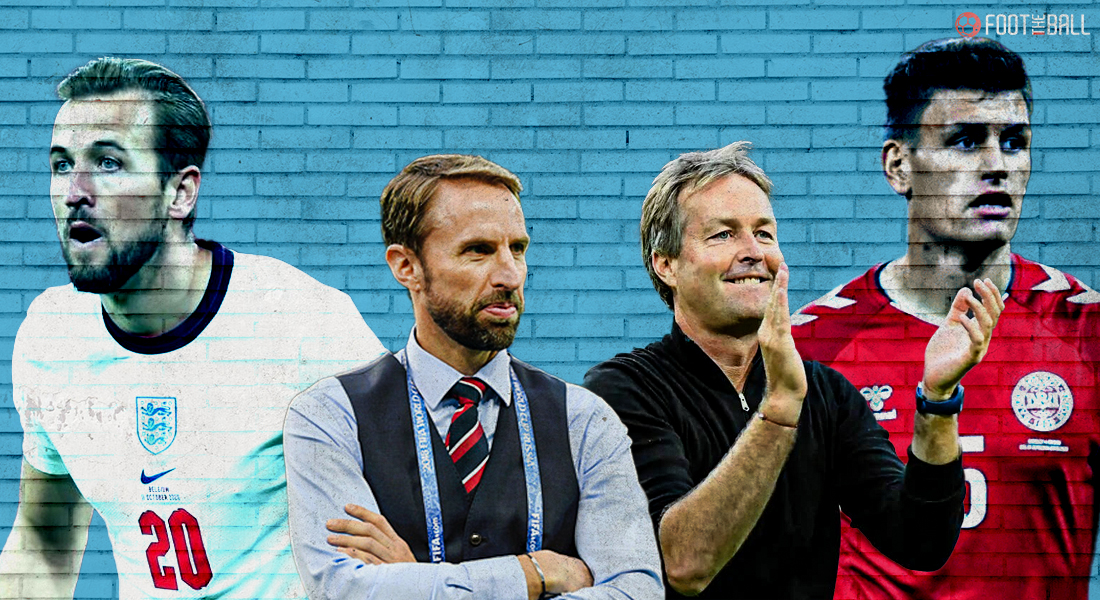 Denmark will hope to continue their fairytale as they face England in the second semi-final fixture of the 2020 UEFA European Championship at the Wembley Stadium in London on Wednesday.

The Danish Dynamites have had an inconsistent run, which was also affected by the absence of their talisman Christian Eriksen, until the last game of the group stage. They came back strongly against Russia with a 4-1 win and went on to repeat the same performance by demolishing the Dragons 4-0, with Kasper Dolberg scoring a brace after his return to the starting line-up.

In their bid to reach the semi-final, a 2-1 win over the Czech Republic was enough, however, it was tougher than what the Danes would have wanted after scoring two goals in the first half.

Although having faced numerous critics and fan outrage over England’s playstyle, Gareth Southgate and his men have successfully reached the semi-finals for a second consecutive time in major tournaments, after their World Cup in 2018.

Having gone unbeaten in the group stage and only scoring two goals, England faced Germany in the Round of 16, against whom they scored two goals in a match for the first time this tournament and went on to destroy surprise package Ukraine 4-0 in the quarterfinals.

The English camp will have smiles on their faces as they have no significant injury issues in their 26-man squad. Youngster Bukayo Saka missed the quarterfinal against Ukraine after suffering a knock in training but is almost certain to be fit for the game on Wednesday. 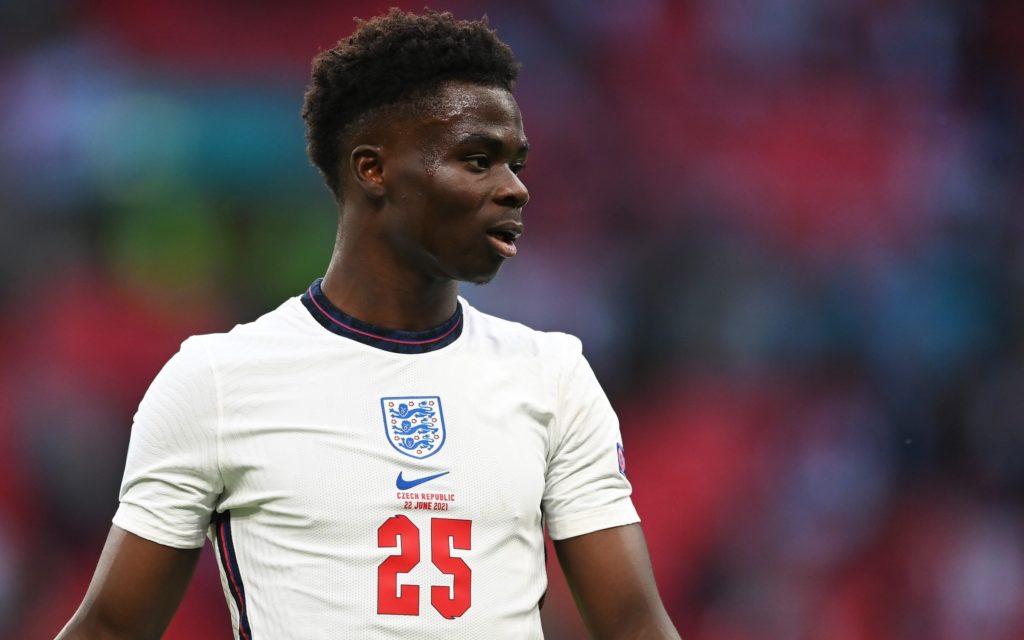 Although he is set to be available for England, Bukayo Saka might not return to the starting line-up against Denmark. (Image Courtesy: UEFA / Website)

But Southgate might rest him for the final if England qualify, and with Jadon Sancho, Saka’s replacement, having performed very well against Ukraine, it will be a tough decision for the manager to make.

Apart from the unfortunate incident that happened to Christian Eriksen and ruled him out of the tournament, manager Kasper Hjumland will be happy that there are no fresh injury concerns in the Danish camp. Striker Yussuf Poulsen and wing-back Daniel Wass returned to feature from the bench against Czech Republic but are unlikely to replace Kasper Dolberg and Stryger Larsen from the starting line-up.

Another of Atalanta’s high-flying wing-backs, Joakim Maehle has been a revelation in this Danish side and has gone on to being one of the finds of the tournament. Although he should have had his third goal in the game against the Czechs, the assist for his side’s second goal, a trivela cross, evidently displayed his talent to the football world.

With Dolberg scoring for two games in a row and Mikkel Damsgaard being the creative force that he is, manager Hjumland will hope that Maehle and others continue their impressive run and help Denmark reach the final.

Although there are many more leaders in this England squad, Harry Kane is the captain of England for a reason as he leads the side with an example and has finally found his form at the right time. After going blank in the whole of the group stage, Kane opened his account against Germany and added another two in the fixture against Ukraine.

Southgate will hope that while Kane continues on his goalscoring form, Raheem Sterling and the other attackers will be raring to go against Denmark on Wednesday and take England one step closer to their first major trophy in 55 years.

England are blessed with a plethora of attacking flair who can change a match situation at will, while Denmark have reached this stage mainly due to their grit and determination along with the talented youngsters and with both teams coming into the semis with important wins under their belt, a fascinating game awaits us all.

Denmark will be hoping to continue their fairytale run into the finals and further, but it will be difficult for them to breach this England defence that hasn’t conceded a single goal in the entire tournament. Denmark’s free-flowing style will be an advantage to England’s attack too as they thrive on counters, hence, FootTheBall predicts Denmark 0-2 England.