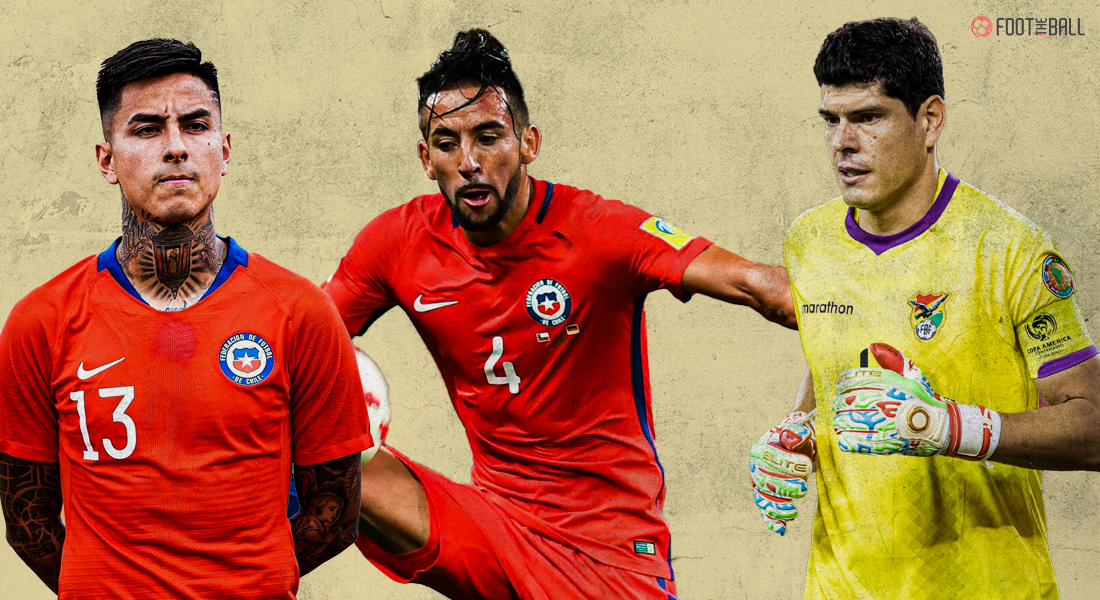 Chile faced off against Bolivia in match day two of South Zone at Copa America 2021. Martin Lasarte’s side were coming off a rousing 1-1 draw with Argentina, while Cesar Farias’ side were humbled 3-1 by Paraguay last time around. To make matters worse, they were also missing captain Marcelo Martins who was banned and fined for criticizing CONMEBOL’s hosting of the tournament.

The game’s first shot on target came within four minutes as a Chilean corner founded Meneses at the edge of the box, whose volley was saved by Lampe. With Chile dominating proceedings, it did not take long for the first goal to arrive.

What a strike! Ben Brereton makes it 1-0 to @LaRoja against Bolivia with a great finish ⚽

A breakdown in attack for Bolivia saw their opponents counter at breakneck speed with Vargas flicking the ball to Brereton who calmly slotted it into the net. That was his maiden goal for the national team in just his second appearance within nine minutes of his first start. He had the chance to make it 2-0 just five minutes later, but saw his header kept out. It was all Chile now as Pulgar was the latest to test Lampe from inside the penalty box, resulting in a corner.

That corner eventually ended up with Meneses firing from distance, again forcing Lampe to dive to his right for a good save. Brereton was becoming a real menace, looking for his second but was thwarted by the goalkeeper once more. The opening 20 minutes were all Chile in attack though Bolivia slowly started to gain a foothold into the match. Left back Fernandes had a good side to hit the target at the half hour mark, but shot wide when coming on to a pull back inside the box.

Their first shot on target eventually arrived in the 35th minute Saavedra’s shot being a very comfortable save for Bravo. Chile went right up the other end and Vargas shot straight at Lampe before firing high on the follow up attempt. There were a few other half chances for each side, nothing which altered the 1-0 score line heading into halftime.

The second half starter in a much more sedate manner, with the first shot of note coming in the 57th minute. Saavedra’s strong shot was well palmed away by Bravo as Bolivia searched for an equaliser.

Both sides were careful of not conceding, evidenced by the fact that most of the game was being played in midfield. When a team did go on the offensive, defences were highly alert to clear the danger. With the game approaching the final 20 minutes, the pace slowed down even further as Chile knew they could just wait for the right moment to attack. Bolivia had to be the adventurous one.

La Roja got the next shot on target, with Mena giving catching practice to Lampe from in front of him. With the clock ticking down, there were no further clear cut chances as the game petered out. Vargas had the ball in the net in the third minute of injury time, but was ruled out for offside. Chile stayed resolute in protecting what they had while Bolivia failed to conjure up enough creativity to score one of their own. It finished 1-0 to Chile, as they remain undefeated while Bolivia suffer their second consecutive loss.

CHILE WILL BE A PROBLEM

Granted they were not up against the strongest of opponents, but La Roja showed all the tools of what make them so dangerous. In attack, the linkup play between Brereton and Vargas was top notch. Wingbacks were a constant threat, especially Isla down the right while Pulgar and Meneses were heavily influencing the game in midfield. They also got off shots at will, with eight on target just in the first half as they led 1-0 through Brereton’s cool strike.

🇨🇱 One start. One goal. Already a chilean hero!

The second half was pretty solid in terms of controlling the game, as Chile were content to hold their lead. They did not take any overt risks, but were always dangerous going up the pitch when they had their moments. Except for that one save for Bravo, it was a solid defensive effort by the backline to keep the growing Bolivian threat at bay to secure the win.

Though they were under the pump for the opening 20 minutes, relying on Lampe to keep the score at 1-0, Bolivia improved conisiderably after that. They were getting forward well, especially down the flanks with Arce and Vaca, willing to take the game to Chile. In fact they finished the half the stronger of the two sides, including two shots on target in the final five minutes.

They came out strongly for after the break, attacking a bit more in search of the leveler. Breaking out of their shell to play more in Chile’s half helped them put pressure on La Roja for most parts of the half. Bravo was even called into action, but ultimately they could not find they way into the back of the net.

With half of the group stage over for these two teams, the third match will be significant. Both teams take on Uruguay, with Chile getting first crack. Bolivia, yet to open their account, know that they simply have to win the next two and hope other results go their way if they are to qualify for the knockouts. Chile, with four points already, will know avoiding defeat in both their two matches will be enough to progress.