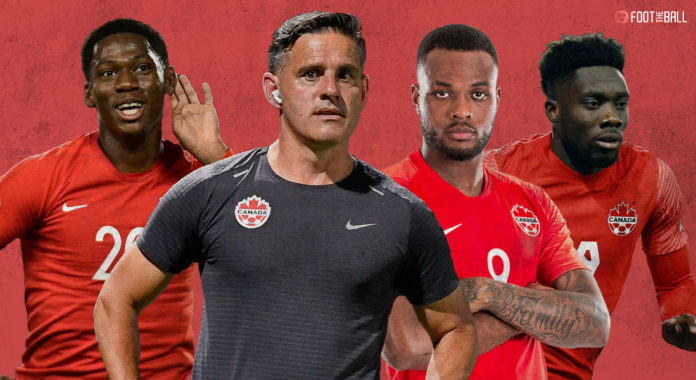 The World Cup in Qatar is already shaping up to be one-of-its-kind. From Qatar’s dismal human rights record that have been reported to deaths of migrant labourers, nations are gearing up for a truly unique adventure. 15 countries have already secured their tickets with 17 more left to join.

One of the most exciting subplots of qualifying so far has emerged from North America. The team currently sitting in first place of CONCACAF third round is not the USA or Mexico.

It is Canada, having taken seven wins and four draws from their 11 games. They are the only undefeated team in the confederation, and have all but secured their passage to a second World Cup, 36 years after their first and only appearance back in Mexico 1986. So, how did a perennial underachiever manage to turn the tables emphatically after so long?

A new-old face at the helm

12 managers in 15 years is a managerial hire-and-fire rate that Watford would be proud of. Indeed, this is no laughing matter as Canadian men’s football lurched from one name to another in search of success.

Then came 2018 and a seismic shift in the internal workings of football in the country. John Herdman, head coach of the women’s national side since 2011 and having led them to two Olympic Bronze medals and a quarter-final finish at the 2015 World Cup, was given the reins with the men’s programme.

What a job @coachherdman is doing in charge of Canada…

It sent shockwaves throughout the women team, with Herdman making the sudden jump to his first ever men’s team internationally. Nevertheless, he was a familiar face which made the transition somewhat easier and with several star names maturing with age, Canada would qualify for the inaugural CONCACAF Nations League A and earn a first win over rivals USA since 1985.

More success would follow as the stock of their players rose in Europe, which meant getting more success was becoming more certain.

While experts will tell you football is 11vs11, it is rarely the case. There are always some players who command a more exalted status in a team, whether it be through their exciting play or commanding consistent performances or being part of a winning culture with their respective clubs.

For Canada, these names are very well known and the most familiar of the lot. Alphonso Davies, the superstar left wingback for Bayern Munich who is the most expensive Canadian player in history. Jonathan David, a goalscoring phenom for Ligue 1 champions Lille and Canada, primed for big transfer in the summer.

Without Alphonso Davies, David and Canada executed a plan vs. 🇺🇸.

Cyle Larin of Besiktas who recently became the all-time leading marksmen for The Canucks. And of course, Atiba Hutchinson, the veteran captain and leading appearance maker, is still going strong at 38-years-old.

Thus, it is no surprise that Canada have blitzed their way past opponents with 19 goals scored (most) and only five conceded (fewest). David and Larin have combined for 10 of those goals with five each. With Davies not playing in the three fixtures this year due to a heart problem, there could have been some worries as to how the performances would turn out.

🇨🇦 Can he fire Canada to the World Cup for the first time since 1986?@CanadaSoccerEN | #WorldCup pic.twitter.com/vsE6trrjVb

However, Canada eased their past Honduras, USA, and El Salvador hitting each nation for two apiece. The win over the Americans was a further cause of celebration as it cemented their place as the most dominant team in out of the three countries on the continent. This Golden Generation of players is determined to right the embarrassment of the past and put their nation where they belong in the coming December.

Only a miracle can stop Canada going to Qatar, and after all that they have suffered during qualifying over the years, nobody can hold a grudge against them. To be honest, they were never taken too seriously on the international forum as the presence of the USA and Mexico was just too dominant from CONCACAF.

It would be Canada's first since Mexico 1986pic.twitter.com/p5TYjT4egq

There was the humiliating 8-1 loss to Honduras on the final matchday at this same stage during the qualifying campaign for the 2014 World Cup. A 16-game winless streak during this time dropped them to their lowest-ever ranking of 122, a run that ended after almost two years in September 2014.

Disappointing showings at the CONCACAF Gold Cup where they were not able to get out of the group stages since 2009 only elevated them as a laughing stock around the world.

Herman has really galvanised the footballing fabric of the country and with Canada providing strong performances every time they take the pitch, the possibility of them producing an upset or two at the biggest stage cannot be discounted in the least.