The legend of Gabaski 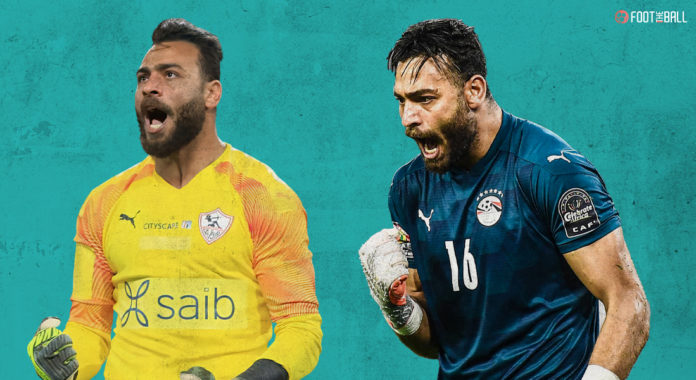 The final of the AFCON was a thrilling affair right at the end with penalties needed to separate the two nations. Senegal won 4-2, with Egypt squandering two chances. The Lions of Terenga had one of their own efforts thwarted by arguably the goalkeeper of the tournament. Yes, Edouard Mendy won the eventual accolade but Mohamed Abou Gabal could have laid a very justifiable claim too.

My player of the tournament. pic.twitter.com/uKWV2guLnZ

Popularly known as ‘Gabaski,’ the 33-year-old eventually won the Man of the Match award, though it was hardly a consolation. Gabaski was flawless throughout the tournament since coming on as a substitute against Ivory Coast. However, very little is known about the goalkeeper himself outside of his native country.

Gabaski made his senior debut with ENPPI in 2010, having spent his youth career there before that. He won the domestic cup competition in his debut season, slowly making a name for himself as an able shot stopper. The biggest club in the land came calling with a transfer to Zamalek materializing in January 2014. He would play only a handful of times over the coming two years across all competitions, but ended up winning the Premier League in 2014-15, along with two more Egypt Cups.

A lack of game time frustrated Gabaski, who left for fellow rivals Smouha on a free transfer. Gabaski was never too flashy or popular, but always showed immense determination and grit throughout the matches he appeared in. Rarely could any adversary keep him down or dampen his spirit which made him a larger than life character. With Smouha, Gabaski enjoyed his most stable playing career yet, featuring over 80 times. However, silverware never found its way to Gabaski who went back to Zamalek in the summer of 2019.

This time, he became a regular in the lineup, helping the side win the Egypt Super Cup and CAF Super Cup in 2020. Another league title came last season, with Gabaski becoming a well-known face in the country’s footballing circles. However, there was still no inkling that he would be appearing in the delayed AFCON, much less star in it to this extent.

Brought back in from the cold

Gabaski made his international debut for Egypt back in 2011, and had to wait 10 long years for his next cap. He would feature twice in 2021 and was selected as one of the four goalkeepers in the squad named by Carlos Queiroz for the AFCON. However, few if any supporters expected Gabaski to appear in the tournament, with regular first-choice Mohamed El-Shenawy of Al-Ahly an unshakeable force between the sticks. As expected, Gabaski was warming the bench throughout the group stages as the round-of-16 rolled around.

🌟 | PLAYER OF THE TOURNAMENT

Our #AFCON2021 Player of the Tournament is Gabaski! 🌟

Even though his first appearance only came in the Round of 16, he immediately became a key cog in Egypt's run to the final thanks to a string of brilliant goalkeeping performances. 👏👏 pic.twitter.com/5fYcEanQwL

El-Shenawy suffered a hamstring injury which led to an unexpected introduction for Gabaski in the 88th minute. He would have a fairly uneventful 30 odd minutes before the penalty shootout started. Gabaski saved the second spot kick taken by Eric Bailly, with Egypt scoring all of theirs to advance. Naturally, he started against Morocco but conceded an early goal from the spot. Gabaski would make three saves but he would also get injured and needed to be replaced in the 96th minute. However, that injury was a minor one as he returned for the semi-final where he excelled beyond measure.

Incredible story unfolding at the AFCON. Mohamed Abou Gabal "Gabaski", made his debut for Egypt in 2011. 10 years would pass before his next cap. Just 3 apps for his country prior to AFCON. After an injury to Egypt's #1 he came in & was the hero in 2 shootouts. A game from glory. pic.twitter.com/QZCWVBgbzr

Gabaski made three saves as the match went to penalties once again. This time, the shot-stopper produced not one but two saves during the shootout as Egypt advanced to the final. Gabaski was making a name for himself by then, and produced one of the moments of the tournament by denying Sadio Mane in the seventh minute. Another 120 minutes followed, with eight saves this time and brought Egypt to the cusp of glory. Bouna Sarr’s penalty in the shootout was saved heroically but it was not enough.

Due to the painful defeat yesterday, Egyptian 🇪🇬 Goalkeeper Abou Gabal Gabaski left his water bottle on the pitch.

The bottle has information on the Senegal 🇸🇳 penalty takers ascribed on it. 🥺

Clearly, this is a nation prepared to win the #AFCON21 trophy. 👏🏿#GTVSports pic.twitter.com/OfiUrSXdrQ

However, what really caught the eye of the world was his water bottle with stickers attached to it. The different stickers had the names of Senegal’s kick takers and though it ultimately went in vain, Gabaski had ensured his name in AFCON folklore.

For a player about whom little was known before the competition started, Gabaski deserves his moment in the spotlight. He has toiled hard all throughout his career and even during the tournament itself, battling through visible pain in the semis. Though a move outside of Egypt looks very unlikely at this stage of his career, Gabaski is surely going to play a lot more games for internationally in the final years of his career.

Time for the second chapter!🔥