THE ONE TO BLAME 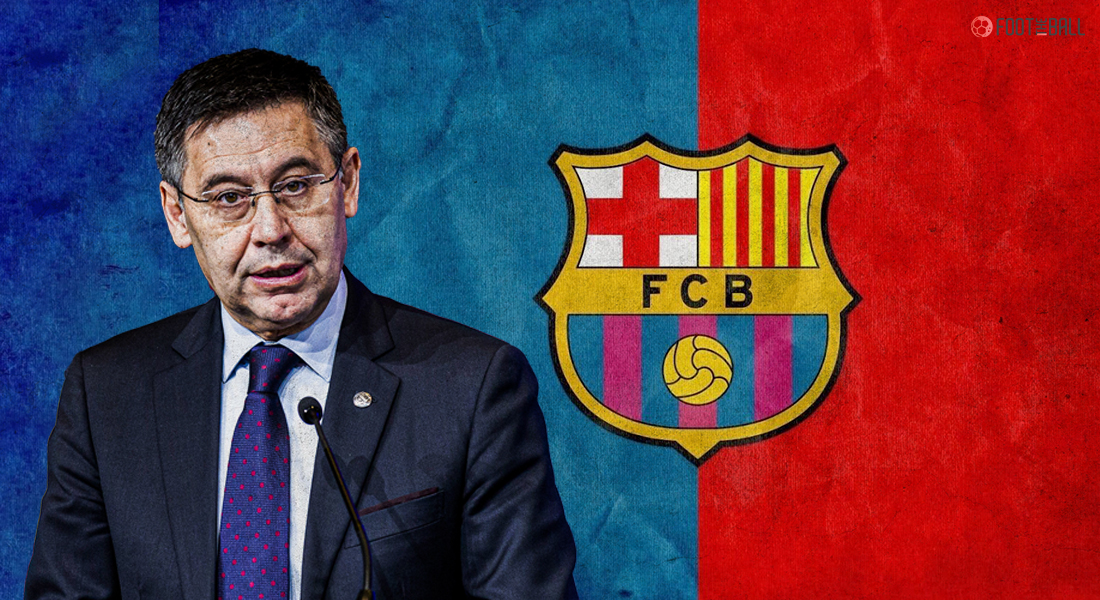 Barcelona are in tatters financially and have a debt of millions of euros. They have far exceeded La Liga’s wage cap and are unable to register their new signings. This even compelled Lionel Messi to leave Barcelona even though the club and the player agreed to stick together on personal terms.

Barcelona are getting offered a huge investment from the deal between La Liga and CVC but that would jeopardise their broadcasting rights for the next 40-50 years.

Barcelona are hitting a new low every day and you must be wondering how one of the best clubs in the world got into this dire situation in the first place. Josep Bartomeu, Barcelona’s ex-president is the one who is responsible for this whole ruckus. Here is everything you need to know about Josep Bartomeu and how he brought Barcelona to its knees.

WHO IS JOSEP BARTOMEU

Josep Bartomeu wasn’t interested in football in his teens and used to be a basketball player for Barcelona. After finishing his graduation in business management, he took over his family business of boarding and gateways and that is when Bartomeu entered the rich elite minority of Barcelona.

Joan Laporta and Bartomeu, along with his old friend Sandro Rosell got together and ran for the club’s presidency in 2003. Bartomeu was made the head of the Basketball department and that is how Josep Bartomeu’s journey started through the ranks of Barcelona’s board.

HOW DID BARTOMEU BECOME BARCELONA PRESIDENT

In 2005, Sandro Rosell and Josep Bartomeu decided to openly criticize Joan Laporta’s decisions and plans regarding the future of Barcelona. They decided to quit from the board only to stand in the presidential election in 2010 against their old accomplice Joan Laporta. Sandro Rossel won nearly 60% of the votes and became the president until he resigned in 2014.

Bartomeu on the CAS decision: There has been a great injustice http://t.co/ckYvTkRhjO pic.twitter.com/adjZu5zGHM

Although Bartomeu was the vice president of the club under the reign of Rossel, it was the first time Josep Bartomeu actually came into the popular limelight when he took over as Barcelona’s president in 2014. His presidency started just the way it ended earlier this year, amidst complete chaos.

The transfer of Neymar from Brazil was a controversial one since Santos sued Barcelona for directly dealing with the player’s father and private agency without keeping them in the loop of the deal. Although Bartomeu and Rossel weren’t penalized or prosecuted, it was an early sign that things weren’t the same at Barcelona.

Josep Bartomeu’s tenure as the president is the reason why Barcelona is in such miserable condition right now. The financial mismanagement that happened under Bartomeu is irreversible right now which has caused Joan Laporta to pick up the club’s pieces.

THE MESS MADE BY JOSEP BARTOMEU

Although the club have found commercial success in the past few years, they have spent their money erratically and irresponsibly due to which they found themselves in a debt of €1.2 billion with respect to the FPP regulations. Barcelona received a transfer ban of 2 windows but that didn’t affect them too much since they already had the Messi, Neymar and Suarez trio in their side.

The problems started when Neymar’s release clause of more than £ 200 million was met by PSG which caused panic in Barca’s camp. They brought in Coutinho, Dembele and Griezmann over the last few transfer periods and each transfer fee was more than £100 million!

Despite losing Lionel Messi, Barcelona still have to offload players to reduce the wage bill in order to register their new signings.

According to UEFA, a healthy bill should be 40-50% of the revenue and the clubs should avoid crossing the 70% threshold. Barcelona has gone way over that even after the departure of Lionel Messi. Barcelona also had a project of the development of Camp Nou in the works which would surely not be possible when the club is so vulnerable.

WHAT HAPPENED TO BARTOMEU

Due to the unrest among the board members and the players against Bartomeu, a motion of No Confidence was filed by the board members. To avoid the humiliation of getting voted out, Bartlmeu himself announced his resignation before the vote could take place.

But despite all that, Bartomeu hit rock bottom when the Catalan police raided Camp Nou and arrested Bartomeu along with 3 other officials regarding the Barcagate scandal. The scandal involved Barcelona covering up payments made to 13 ventures to shame a few ex-players, journalists and current players including Lionel Messi and Gerard Pique, who had spoken ill about his presidency.

It was a smear campaign to boost his social image and defame his haters, however, it ended up blowing in his face. Bartomeu paid 6 times the rate of what is usually paid to these ventures which straight out means he indulged in Corruption. Barcelona is in deep financial trouble right now that has deeply impacted the future of the club for many years to come, all of this happened to Barrtomeu’s Presidency which was no less than a horror show for Barcelona fans around the world.