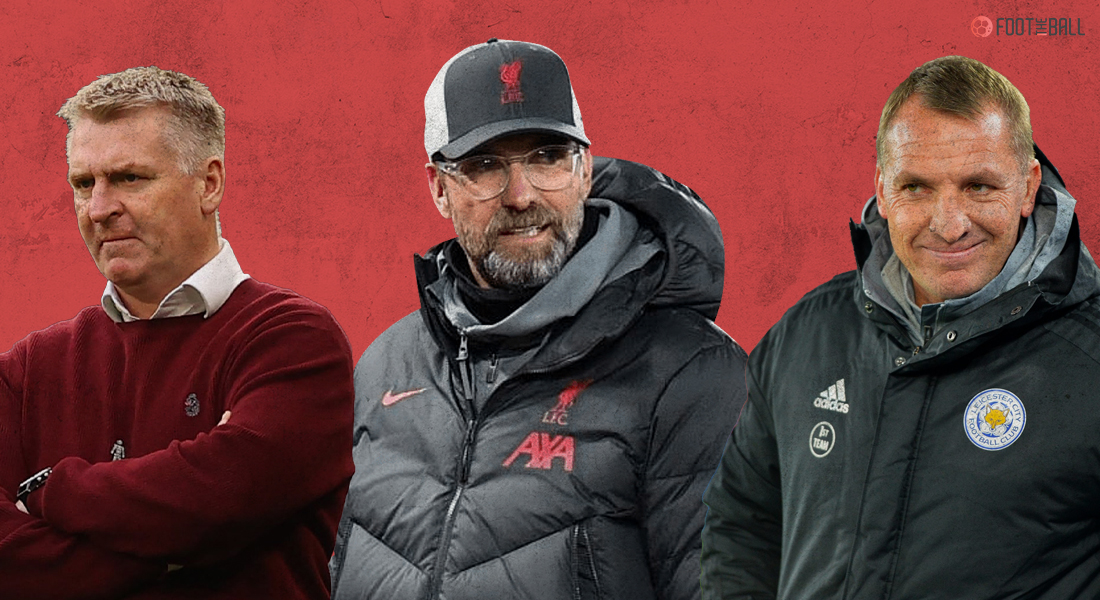 Liverpool have not been dealt the best hands since their title win in 2020. Injuries to three of their first-choice defenders including talismanic leader Virgil van Dijk unsettled their players’ positioning often. Roberto Firmino’s underwhelming season coupled with star-signing Naby Keita’s dismal showings left them short handed for much of the past season. With no no new major signings in the attacking areas Liverpool are rather close to slipping out of the top 4 of the Premier League.

Virgil van Dijk: "The start of team training was such a big day for me; I don’t really get nervous but those kind of small things make me, not nervous, but a bit excited and stuff. To get out there again gave me so much confidence. I am just ready to crack on." #awlive [lfc] pic.twitter.com/ONWED6nPOp

Only through a late surge of form, going undefeated in the final 10 games, did they squeak into a Champions League spot. The pre-season was the chance to get their house in order including getting their injured players back and the arrival of Ibrahima Konate provided optimism. However, the ankle injury suffered by Andy Robertson yesterday against Athletic Bilbao saw the Scotsman hobble off.

Andy Robertson will undergo a scan on Monday to determine the extent of the ankle injury he suffered against Athletic Club.

Jurgen Klopp confirmed that the left-back will undergo a scan to assess the extent of the damage but it does seem a matter of weeks. Will this be another year of the Reds barely scraping by or one of the other Champions League aspirants finally displace them?

Liverpool’s transfer strategy has been too quiet for some fans’ liking. Only one significant addition has been made in Konate, while the departure of Gini Wijnaldum has not been addressed. Furthermore, the contract uncertainty surrounding Jordan Henderson has not made anything easier for the club.

In all of this, their contenders have strengthened themselves considerably. Manchester City added Jack Grealish and they are on the lookout for a striker as well with Harry Kane a likely option. The Red Devils acquired Jadon Sancho and Raphael Varane while Chelsea brought back Romelu Lukaku.

West Ham, Brighton and Fulham all ahead of Liverpool (@TMuk_news) pic.twitter.com/d8gwbDTP3D

It seems very unlikely that Liverpool will be able to top their last season’s finish and if Robertson is ruled out for two-three months, it will get even harder to get a good start to the league season. An over-dependence on Mo Salah can be harmful and even their defenders will need some significant game time to get back to full match readiness. Taking all of these factors into consideration and the likelihood that the Reds will not be making any more noteworthy signings this year, it will all come as good news for the teams itching to get the jump on them in the top four.

THE TEAMS IN CONTENTION

Having missed out in qualifying for the Champions League two years in a row, the Foxes will finally be aiming to right their ship. Though the injury layoff to Wesley Fofana is a big blow, they signed an able replacement in Boubakary Soumare. Furthermore, Johnny Evans and Timothy Castagne are nearing full fitness while the addition of Ryan Bertrand provides a much-needed experience and steel down the left flank.

The return of Harvey Barnes in the FA Community Shield will excite supporters as will new signing Patson Daka who has arrived to complement Jamie Vardy in the goal-scoring department. That is not all as Kelechi Iheanacho has shown himself to be a lethal finisher with 19 goals across all competitions last term. Kasper Schmeichel had a fantastic run at the Euros and Wilfred Ndidi is one of the world’s best at harassing opposition ball players.

Brendan Rodgers has a lot of things going right for him and if they can keep the momentum going from their Community Shield win in the opening weeks, no doubt they will be in the upper echelons of the table. The only concern remains regarding how they will fare come season’s end but surely they cannot falter for a third time?

The club which was at the centre of a transfer frenzy this summer. Villa had to sell their star man and captain for a record 100 million which many would have thought would weaken them. However, due to some shrewd and intelligent deals, that is far from the case. Emiliano Buendia was signed long before the departure of Grealish, the Argentine playmaker winning the EFL Championship Player of the Year for his 15 goals and 16 assists.

37 games
14 goals
16 assists#NCFC's Emi Buendia has been named as the Championship Player of the Season at the EFL Awards.

That was followed by the arrivals of dynamic winger Leon Bailey and experienced goal poacher Danny Ings. Bailey is renowned for his pace and crossing while Ings has netted 34 league goals over the past two campaigns. Do these three negate the damage done by Grealish’s exit? More than likely, especially if they can adapt to the English conditions quickly.

Furthermore, Ashley Young’s return provides much needed winning mentality and mentorship in a young squad which also added Axel Tuanzebe. Ollie Watkins and Bertrand Traore will only get better, Tyron Mings and Ezri Konsa are defensive behemoths while Emi Martinez is in inspired form. Dean Smith has a lot of exciting pieces at his disposal and the linkup play between their attackers is eagerly awaited. Though they only finished 11th last term, the Villans cannot be taken lightly after a fantastic summer in the transfer market.

No, this is not to be taken as a joke. Spurs have done a lot of things right before the season begins and IF they keep Kane, the atmosphere will get a lot rosier for their supporters. The departures of Jan Vertonghen and Toby Alderweireld in one summer is not easy to cope with but they have found a perfect replacement for the centre-back position.

Excited to see Cristian Romero in PL with Tottenham.

Cristian Romero, fresh from winning the Copa America, has distinguished himself with a superlative season for Atalanta last term. The 23-year-old averages 17.12, 2.92, and 2.75 in pressures applied, tackles, and interceptions P90 respectively which put him in the top 99 percentile of players in the same position across Europe. Additionally, his passing accuracy of 90% and 4.06 aerials won P90 show his all-round skills while attacking as well. He was voted the ‘Best Defender’ in Serie A for his exploits and his presence at the back will surely improve that leaky defence.

Who's excited to see him in North London? pic.twitter.com/IYfhOgYxHX

Bryan Gil is another exciting addition to their ranks with the teenager providing a multi-faceted threat to their attack. Heung-Min Son (17 goals, 10 assists in the league) has already committed to a new deal and Pierluigi Gollina arrives as a major upgrade in their goalkeeping department. Even with Gareth Bale gone, Nuno Espirito Santo has a more than a good squad which can certainly challenge for the heights they deserve finally. As Spurs have slipped down pecking order drastically since Poch’s departure. A top new 6 without them, the gunners and Liverpool is not unthinkable in the 2021/22 season.

ALL IS NOT LOST

Coming back to Liverpool, the team does not know when it is beaten as last season showed. Klopp is no pushover and he will once again be determined to get the maximum out of his players no matter the obstacles in their way. They have matches against Chelsea, Leeds, and both Manchester clubs in the opening 10 weeks. Though the season is 38 games long, how they start will be a potent indicator of how they go on.