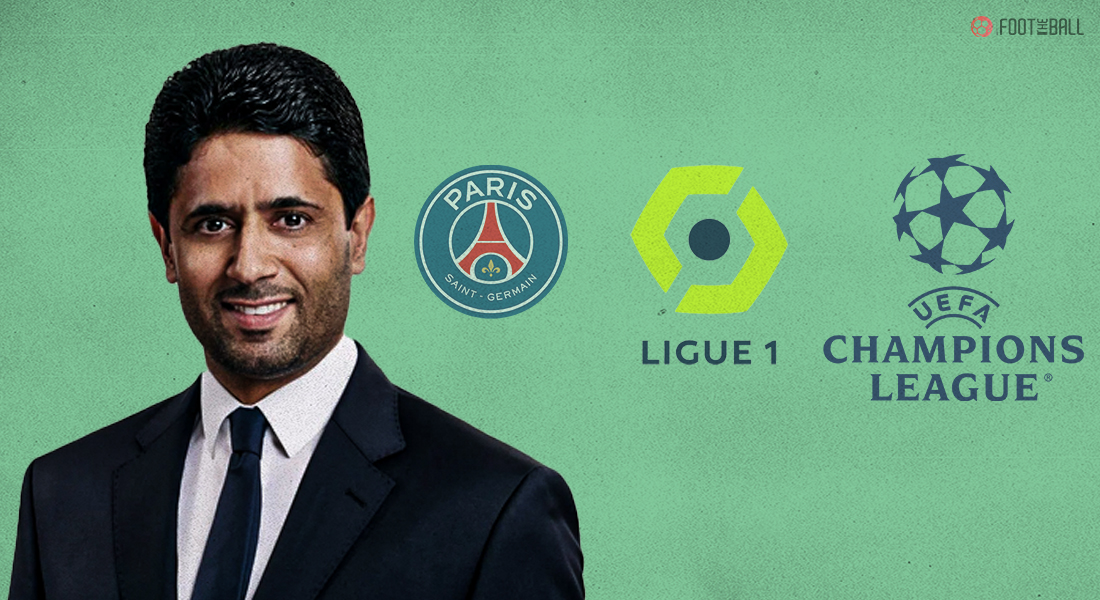 If someone had said a year ago that both Sergio Ramos and Lionel Messi would leave Real Madrid and Barcelona respectively to join Nasser Al-Khelaifi-led Paris-Saint Germain, almost everyone would have dismissed this claim as wishful thinking.

But fast forward 365 days and both of them have indeed joined the Parisian outfit after what is being considered as the best ever transfer window for any club in light of what Les Parisiens have done in signing the likes of Lionel Messi, Sergio Ramos, Gianluigi Donnarumma and Georginio Wijnaldum (all on free transfers).

And it can be rightly inferred that the brains behind these moves is undoubtedly the Paris-Saint Germain president Nasser Al-Khelaifi and company, orchestrating transfers to the French capital for the last decade in PSG’s quest for the elusive Champions League triumph.

As Les Parisiens bring the curtain down on an excellent transfer window, FootTheBall delves into and analyses the role of PSG’s president Al-Khelaifi and the many hats he dons in representing the interests of Qatar across a broad spectrum of avenues.

THE RISE OF NASSER AL-KHELAIFI, THE FOOTBALL MAN

In that very year, the Qatar Sports Investment (QSi) Group acquired French club Paris-Saint Germain and Khelaifi was made CEO and president of the board of Les Parisiens in October.

The QSi Group is a fund aimed at investing in sports at both national and international level and is backed by the Qatar Investment Authority – the state-run sovereign-wealth fund of Qatar.

Ever since the Qatari takeover of PSG, the French outfit has gone from strength to strength in French football, establishing a hegemony in Ligue 1 that has only been usurped on occasion by clubs like AS Monaco and Lille.

Last year, PSG came close to lifting the UEFA Champions League trophy as they reached the final only to lose to Bavarian giants Bayern Munich in Lisbon.

But, this year it looks like they are heavy favourites to lift the big-eared trophy in St. Petersburg after the acquisitions of Gianluigi Donnarumma, Georginio Wijnaldum, Lionel Messi, Achraf Hakimi and Sergio Ramos to bolster a squad that already contains the likes of Kylian Mbappe, Neymar, Angel Di Maria and Marco Verratti.

THE MANY ROLES OF NASSER AL-KHELAIFI

Khelaifi is a close advisor and confidante of the Qatari Emir Sheikh Tamim bin Hamad Al-Thani and as such is a minister in the government of Qatar (since November 2013) even though he doesn’t hold a specific portfolio.

He is also the chairman of the beIN Media Group that owns and operates sports channels across the Middle East, North Africa, parts of Europe, North America and Australia. 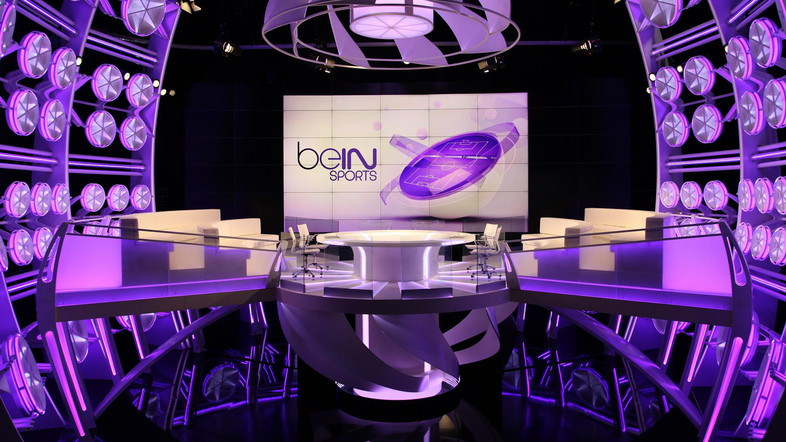 The media group delivers sports events including live-action coverage across 5 continents in 7 different languages to its subscribers and it can be said that it has a monopoly when it comes to broadcasting sports content in the MENA (the Middle East and North Africa) region with its headquarters located in Doha, Qatar.

The sports network had exclusive rights to broadcast Ligue 1, the French top-flight, in the above-mentioned regions and as such, there is a lot at stake here for the Qatari investors as revenue from viewership of Ligue 1 would significantly impact their fortunes.

But a caveat to mention here is the dispute going on between all the concerned parties, namely Ligue 1, beIN Sports and Canal+ over the broadcasting rights of the French top division, 80% of which have been acquired by the internet giant Amazon for an amount that is less than the one agreed by beIN and Canal+ to broadcast 20% of the matches by the latter French television channel.

The blockbuster, almost unreal transfer of Lionel Messi to Paris-Saint Germain would nevertheless serve to increase interest in Ligue 1 (normally considered to be on the last rung among the top 5 leagues in Europe) and also mark a significant upturn in revenue generated from viewership across the 5 continents for the beIN Media Group. It has led to an awkward conflict of interest wherein Qatar-owned beIn Sports is suing Ligue 1 for its deal with Amazon, while on the other hand, the league is busy congratulation PSG for getting Messi to France.

It is not just the top positions in PSG and the beIN media group that highlights the importance of Al-Khelaifi to the Qatari regime in its bid to improve its global image. He is also instrumental in acquiring world-class talent for PSG in the run-up to the World Cup 2022 in Qatar.

He was named as the most influential person in French football in 2016 by French sports publication L’Equipe ahead of Didier Deschamps and Zinedine Zidane and was voted as the most loved Ligue 1 president in 2015.

Al-Khelaifi is the president of the European Club Association and is also a member of the organising committee of the FIFA Club World Cup – all this begs for one question to be asked ‘Is Al-Khelaifi the central pivot in Qatar’s attempt at sportswashing?’. 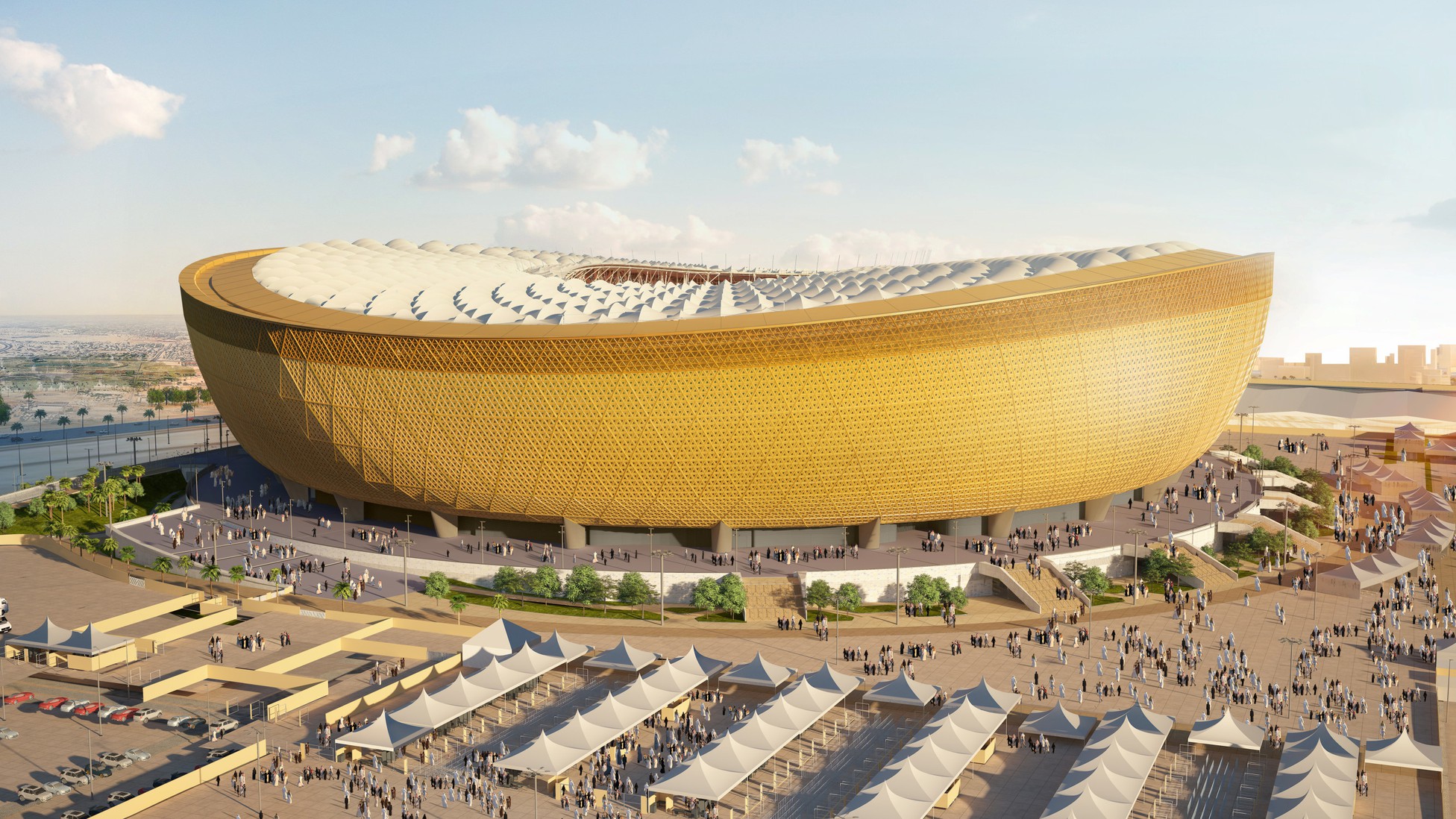 All the evidence points towards an affirmative reply to the above question. Qatar was awarded the hosting rights of the 2022 World Cup in 2010 in a controversial manner. Interestingly, this was just one year before QSi announced their takeover of Paris Saint-Germain.

The Gulf country went into a diplomatic crisis with its neighbours in 2017 with Saudi Arabia alleging Qatari support to terrorist groups as one of the primary reasons for it.

And the awful record of the Middle East nation, highlighted by the exploitation and inhumane working conditions for migrant labourers is no secret.

It goes without saying that there’s nothing black or white when it comes to football as a business. Khelaifi’s handling of various roles in various football organisations has led to some instances of conflict of interest, none bigger than the recent broadcasting dispute between Ligue 1 and beIN.

Still, now, as the president of the European Club Association, and getting Lionel Messi to his club, and Qatar hosting World Cup 2022, it is becoming impossible to deny that Nasser Al-Khelaifi is indeed the most powerful man in world football.