Premier League to give out Defibrillators to more than 2000 grassroots clubs; Move in wake of unfortunate Christian Eriksen cardiac arrest incident

The Premier League on Friday made an announcement in which it pledged to provide defibrillators to more than 2000 grassroots football sites. This move from the English top division comes in the wake of former Tottenham Hotspur midfielder Christian Eriksen’s cardiac arrest during Denmark’s opening game in Euro 2020 in Copenhagen.

More than 2,000 sites will benefit from this PL investment, with the first 1,000 units delivered for the start of the 2021/22 season pic.twitter.com/mHXFAPSaTz

The 29-year old collapsed during Denmark’s game with Finland and had to be admitted to a hospital for treatment after being given CPR on the pitch in addition to the use of a defibrillator to restore his heart’s normal functioning.

FootTheBall analyses the move by the Premier League and what it means for the beautiful game in the wake of Eriksen’s condition.

WHAT IS A DEFIBRILLATOR?

A defibrillator is a device that helps revive a person’s heart when it has temporarily stopped working in the aftermath of a cardiac arrest.  Defibrillation is widely used along with CPR to resuscitate a person whose heart has stopped pumping blood in the body. 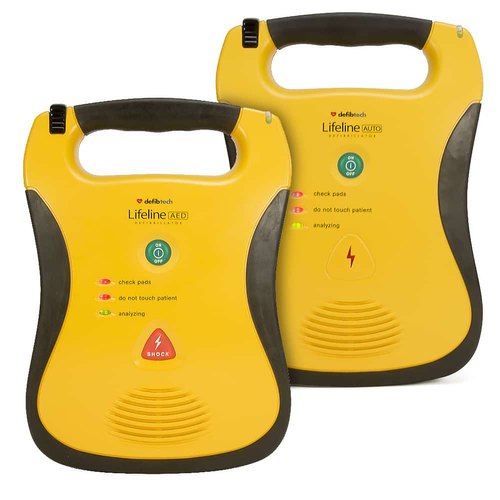 Automatic External Defibrillators will be provided by the Premier League from the next season (Image courtesy – indiamart.com)

It delivers a dose of electric current to one’s heart that helps in bringing the concerned person back to consciousness after they have suffered a sudden cardiac arrest. The use of this medical device has become a topical issue in light of recent events surrounding Christian Eriksen.

The Danish midfielder was brought back to consciousness after he fainted in Copenhagen in an event that generated considerable debate around the health and welfare of athletes all around the world.

WHAT IS THE PREMIER LEAGUE DOING?

As part of this initiative, the Premier League will ensure the delivery of Automated External Defibrillators (AEDs) to Football Foundation-funded facilities that are currently functioning sans the medical device.

The defibrillators will be accessible to an estimated 1.5m people that use the facilities per season, and can be registered with the emergency services so any member of the public can access the equipment

In the second phase, grassroots clubs that own their facilities will be able to apply for funds to enable them to buy defibrillators of their own. In totality, more than 2000 sites will be the benefactors of this novel initiative.

The first batch of 1000 defibrillators will be delivered before the start of the 2021-22 season. The second batch will follow in September 2021, with both the batches to give access to more than 1.5 million people who use those facilities.

Find out more about the Defibrillator Fund and online course: https://t.co/5CKhXpXNBl

Each grant benefactor will be required to have at least one person who has successfully learned the method to use the medical device. The training for this purpose will be provided through the FA’s Sudden Cardiac Arrest course which is accessible without any fee online

WHAT DOES THE PREMIER LEAGUE’S OFFICIAL STATEMENT SAY?

Richard Masters, the Premier League’s CEO talked about the move, referring to the unfortunate incident in Copenhagen.

“Sadly, a sudden cardiac incident could happen anytime, anywhere and we hope by enabling more facilities to have  a device, it will make the difference in saving someone’s life.”

WHAT OTHERS HAVE TO SAY ABOUT IT?

Former Arsenal and Bolton Wanderers midfielder Fabrice Muamba lauded the Premier League’s efforts.  He said that it was a great move by the English top-flight to address the concerns of players with regard to sudden cardiac arrests or other catastrophic events on the pitch.

Muamba himself has been a victim of cardiac arrest in the past. Nine years ago he collapsed in an FA Cup match and was ‘technically dead’ for 78 minutes.

“I know from personal experience the importance of having access to this type of medical equipment and how vital it is for someone’s survival after suffering from sudden cardiac arrest,” he was quoted saying.