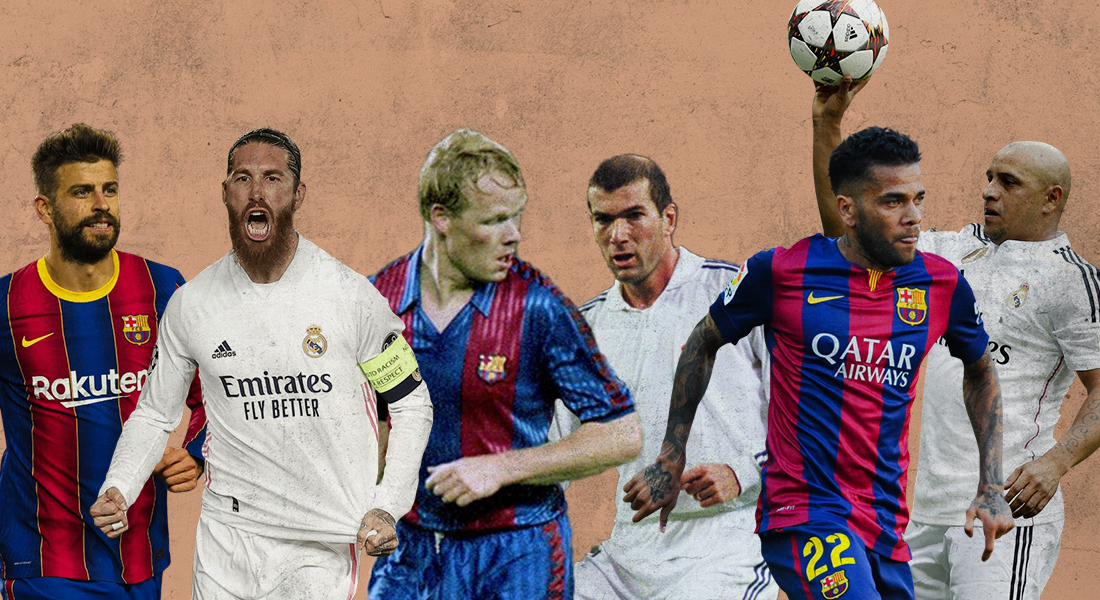 The biggest rivalry in European, if not world, football began in earnest with the Spanish Civil War. Before the war, Barcelona and Real Madrid were little more than football clubs. They held their own cultural importance and had their own identity, but they were not pitted against one other incessantly as they are today.

The civil war was a consequence of a failed military coup and the cities of Madrid and Barcelona were central to this failure. Madrid was put under siege for thirty-six months by Franco while Barcelona stood apart as the bastion of the left. The two cities both resisted the coup and so did the clubs.

Barcelona’s president at the start of the war Josep Sunyol was assassinated by rebels outside Madrid. Sunyol was a staunch Socialist and an advocate for Catalonia’s independence. His assassination marked the first antagonization from Madrid against Barcelona even if it had nothing to do with the clubs.

Real Madrid’s president throughout the war Sanchez Guerra was a Democrat and an opposer of Franco’s troops. While he wasn’t a Socialist, he believed in the rightfully elected left-wing Republic and supported resistance of the coup until the end.

The last final before the war in the Spanish Cup, in 1936, was played between the two clubs. It is remembered for an iconic save from Ricardo Zamora, then at Real Madrid. Zamora was the first big name to play for both side and despite that, he is remembered fondly by both sets of fans. The two clubs, and their presidents, had similar beliefs and were fairly amicable during the war. So where did it all go wrong?

In 1943, Barcelona and Real Madrid met in the Cope Del Rey. The Blaugrana won the first leg 3-0 but the return leg is etched in the annals of history. Real Madrid 11 Barcelona 1. Madrid were upset over a decision that led to a goal in the first leg and channelled severe anger into the return fixture. Fans threw coins that filled up the penalty area. Policemen threatened players before lining up and refereeing was questionable, at best. The match is ‘glorious’ for those who wear white and ‘shameful for those who don the red and blue.

📅| #OTD in 1943, Real Madrid recorded the biggest ever El Clásico win by beating Barcelona 11-1 in the Copa del Rey semi-final to seal the place in the final. #HalaMadrid pic.twitter.com/RBOA0LOeId

However, the most important consequence of the game was the resignation of the presidents of both clubs. It brough in Santiago Bernanbeu to the helm at Madrid, a man who had been everything at the club – from a ticket seller to a player and director. He would stay president for 35 long years.

Bernabeu was a right-winger and had fought for General Franco during the war. Under him, Madrid became ‘Franco’s team.’ While the allegations of the team receiving beneficial treatment are a stretch, Franco certainly used Real’s dominance to his favour. He used the team’s European success as a legitimization of his regime, a source of soft power.

Two transfers further flared tensions between the two clubs during the 1950s. In 1952, Barcelona stole Hungarian refugee Laszlo Kubala from under Real Madrid’s noses. Bernabeu was keen on signing the striker but then Barcelona president Josep Samitier got to him first. Kubala remains the club’s fourth highest goalscorer.

Don Santiago repaid the favour, with interest, by stealing Alfredo di Stefano who would go on to become Madrid’s leading light in their dominance. Di Stefano played for Colombian side Millonarios but was under contract with River Plate. Barcelona stuck a deal with River Plate while Madrid signed him from Millonarios.

For the Catalans, di Stefano being allowed to sign for Madrid by the federation was definitive proof of favouritism. Whatever the case, Kubala and Stefano were the two best players in the world and their transfer sagas fed the rivalry.

Ever since, the two clubs have spurred each other on. Cules, as Barcelona fans are called, take pride in their side’s ideological superiority. The club has ideals that it doesn’t let go regardless of the situation. Madrid fans scoff at that. For them, success is what matters and having the most number of European Cups and La Liga Titles helps feed the superiority complex.

Either club has had the upper hand in the rivalry over the decades. Helenio Herrera’s Barcelona stopped Real Madrid from winning six European Cups in a row only to lose in the final. Johan Cryuff’s failure to win the European Cup as a player and then subsequent success as manager. Real Madrid’s La Quinta del Buitre, led by Emilio Butragueno, that won five La Liga titles in a row. The list is endless.

We stand at the cusp of a new chapter in the history of this great sporting rivalry. Who will take the upper hand?