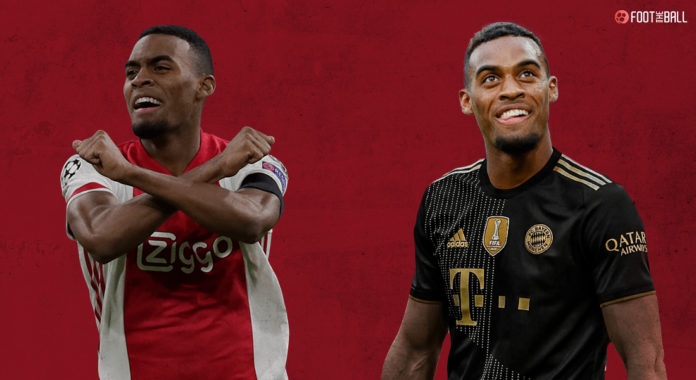 Any player that comes through Ajax’s academy and becomes a first-team regular has something special. The Dutch giants have an excellent record of developing youngsters. The latest of that lot creating all the buzz in Europe is, of course, Ryan Gravenberch. The 19-year-old star is on the radar of several top clubs who are vying for his signature.

Also read: 10 facts you did not know about Ryan Gravenberch

Bayern are progressing in talks with Raiola to complete the agreement on personal terms with Ryan Gravenberch – contract not an issue. 🇳🇱 #Bayern

Talks with Ajax still at early stages, official bid for €15m plus €10m add ons [paid in many years] not enough yet. Discussions on. pic.twitter.com/33n6xgyVg4

Bayern Munich seem to be leading the race for Ryan Gravenberch, having submitted their first bid. The Bavarians will certainly be upgrading their midfield massively if the transfer for Ryan Gravenberch does go through. Julian Nagelsmann is one of the best young coaches in world football and alongside other superstars, his game can flourish.

So, what does Gravenberch bring to Bayern Munich given how intensely he is being pursued?

The first thing to not is that Bayern have had some success in integrating youngsters into the first team. Serge Gnabry, Kingsley Coman, Joshua Kimmich, and Jamal Musiala have all become regulars in the lineup over the years.

If the transfer of Ryan Gravenberch does go through, he will not have to worry too much regarding game time. There will be some competition from the likes of Correntin Tolisso and Marcel Sabitzer.

• You are still a young guy. You really see a youngster from Ajax directly getting a starting spot at Bayern Munich?

Gravenberch: "I don't want to talk about this. I am still a player at Ajax." pic.twitter.com/vYdfX8TXd6

However, the style and capacity of Gravenberch’s play should see him get a starring role soon. Nagelsmann uses a 3-4-2-1 or a 4-2-3-1 like Ajax do as well. In the 3-4-2-1, Gravenberch will join the midfield four with most likely Joshua Kimmich alongside him as central options.

Kimmich’s unique skillset and contributions mean he can roam about all over the pitch in his work. Ryan Gravenberch will be a little further forward in order to carry the ball often or pass it onto the attackers quickly. The same has been his role at Ajax with Edson Alvarez being the defensive screener while Gravenberch moves ahead.

In the 4-2-3-1, Gravenberch will sit with Kimmich as the two midfield pivots. However, as is the case above, he will be the more advanced of the two. One of the few worries surrounding the transfer of Ryan Gravenberch is the change in leagues.

No doubt it will take some time adjusting to the pace and rigour of the Bundesliga as Ricardo Pepi has found out. Nevertheless, very few will bet against Gravenberch settling in soon and continuing to deliver.

Also read: 10 facts you did not know about USA’s latest star Ricardo Pepi

The transfer of Ryan Gravenberch: Worth it or big gamble?

Naturally, there are always questions when a talented young player moves countries. Ryan Gravenberch will have much more expectations placed on his shoulders. Bayern Munich are have the goal of silverware, both domestically and European, every season. The side is filled with star-studded players across every position.

No doubt Gravenberch can feel a bit overwhelmed. However, the data suggests that he has all the tools necessary to succeed sooner than later.

Ryan Gravenberch (19) for Ajax this season:

£25m is an absolute steal for Munich. pic.twitter.com/ArO3Z8IcLH

Given his lanky 6’2″ frame, Ryan Gravenberch understood at an early age that he had to be excellent with ball control. The self-described “contortionist” has a natural grace about him which enables him to glide past players. Gravenberch has a soft first touch and long strides.

He can cover an immense amount of distance in a very short period of time. Ryan Gravenberch is likely to play the same role with Bayern Munich as he does with Ajax. So, it makes sense to look at some of his stats in this regard.

Gravenberch has always struck me as better in the double pivot as opposed to the #8 role. He's a special talent, but I prefer him in deeper areas. Bayern are therefore a fantastic fit for him as they need a player like that to complement Kimmich physically + pass volume wise. https://t.co/TyEI71UPGz

According to FBref, Ryan Gravenberch has 7.14 progressive carries per 90 over the last year. That puts him in the 95th percentile of players in his position across Europe. This illustrates how able he is in taking the ball upfield. This can help the superlative front four of Bayern in creating more goal scoring chances.

Moreover, he receives 5.31 progressives passes per 90, placing him in the 96th percentile. The ability to identify open, attacking spaces and move into them is a trademark of Gravenberch’s game. Bayern will be getting a press-resistant player in Ryan Gravenberch who can break opposition lines with ease.

The most gratifying news will be how good his new central midfield partner is. Kimmich is an all-round machine, able to make decisive contributions on both ends of the pitch. Gravenberch will not need to worry about his defensive contributions too much. Nagelsman can place Gravenberch just in behind Thomas Muller and he can excel in that role.

He completes 1.53 dribbles and has 3.78 touches in the opposition’s penalty box per 90. Moreover, with Tolisso on the fringes and Sabitzer not having the desrired impact yet, Gravenberch will get chances up front.

Therefore, it is safe to assume that a transfer to Bayern will work out for both Ryan Gravenberch and the club. Everything points to a happy marriage currently and given he is just 19, has plenty of time to develop the other facets of his game.