DEFENDERS ONLY BY NAME 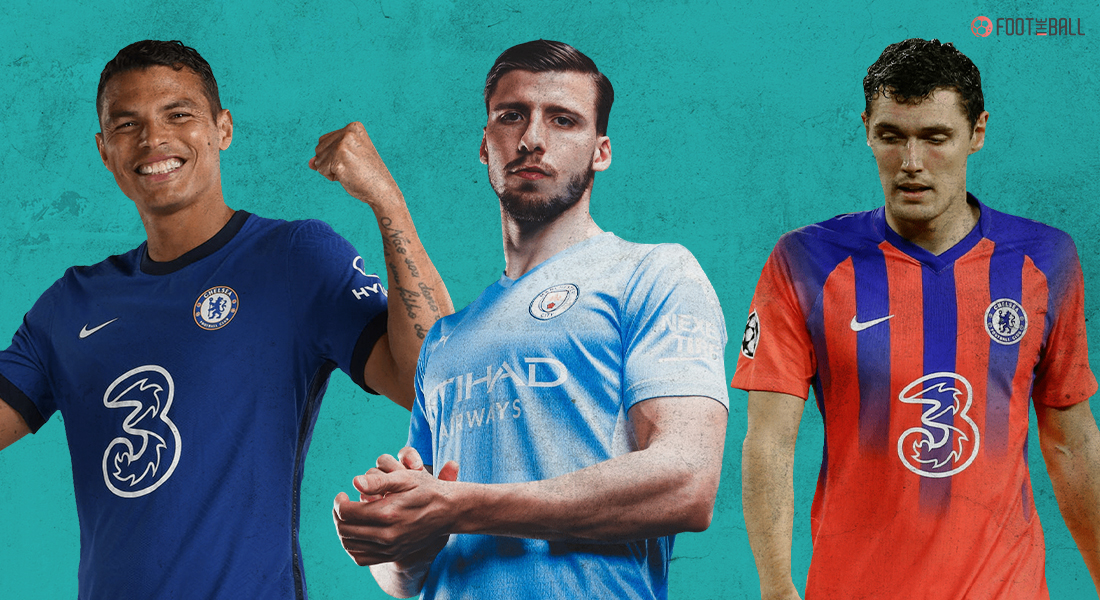 The Premier League has seen its fair share of some all-time great defenders. Names like Tony Adams, Sol Campbell, Rio Ferdinand, Steve Bruce, and the like who have lighted up the English game for years. They were renowned for their hard tackles, putting their body in front of the ball whenever the time came and challenging for every loose ball as if their lives depended on it.

This concept of defending is what most people have grown up with, how these players have to be the toughest on the pitch and how their most important task has to be stopping the opposition from scoring. However, in recent times, the role of defenders has shifted radically from just being focused on their defensive duties to a more all-rounded nature in accordance with the game.

Nigel Winterburn, Gary Pallister, Mikael Silvestre, and Lauren, where these legends pointed out how the art of defending is ‘lost’. They even looked at the new evolved and different roles defenders have played for title-winning teams in recent years.

The last few years in the Premier League has really seen the rise of defenders who can perform a myriad of other tasks adeptly as well. Nowadays, if one wants to cut it as an elite level defender, they have to hone their passing skills first and foremost. Playing out from the back with short goal-kicks and even with opposition players putting on the pressure is something that has seen a marked increase. Rarely now does a goalkeeper hoof the ball downfield which translates to just how efficient the players immediately in front of him have become.

🗣 Pep Guardiola: "[Johan] Cruyff told us that the players with the best ball-handling skills should be the defenders, as they need to bring you out of trouble and set up the forwards with their play." pic.twitter.com/mfEOiQfnB2

Manchester City, under Pep Guardiola, have mastered this art to a tee as the Spaniard insists even his custodian has to be a top ball player. John Stones and Ruben Dias formed one of the most terrifying partnerships last season in their title romp but apart from their defensive duties, one major factor has been just how consistently they were able to find a teammate.

His partner at the back, Stones, who has been with the Cityzens since 2016 has been putting up mind-boggling numbers ever since. In the three title-winning campaigns since, Stones had a pass completion of 96.4%, 95.2% and 94.3% respectively with almost one-third of them covering progressive distances.

Like Dias, when it comes to short and medium-range passing, it does not drop below 95%. What has been even more impressive is how rarely there is a bad pass. Stones has had only 27 passes intercepted over the past four years combined while a further 22 have been blocked. Clearly, it is a testament to what Guardiola believes in and how he wants his team to play.

The only team able to break Manchester City’s hegemony on the title has been Jurgen Klopp’s Liverpool in 2019-20. Their rock at the back and talisman Virgil van Dijk has been an imperious presence ever since his signing and that is backed by the numbers. Apart from winning headers most of the time in the air, his passing tells a lot about his importance to the side.

✅ Switches to the left wing
✅ Switches to the right wing
✅ Direct passes in-behind
✅ And even when his passes “fail” & are intercepted, they create pressing opportunities which a Klopp team thrives on pic.twitter.com/HYZ8iKs7o2

The Dutch international averaged 91% pass completion from 2017-18 to 2019-20. During the title-winning year, Van Dijk was unstoppable over short and medium distances as that percentage swelled to 94.2%. Additionally, he had 24 shot-creating actions which is more than Stones has managed ever which underlines how much forward he likes to play the ball.

Apart from the winners of the Premier League, there have been other savvy examples who have a propensity to carry the ball forward. Harry Maguire, Andreas Christensen, Thiago Silva are just some of the names who are very assured on the ball no matter their own position at any point of time.

FULL BACKS ARE ALSO FOR ATTACKS

Moving on from the centre-backs and their assuredness on the ball, the role of full-backs has become increasingly attack-minded. Guardiola was one of the earliest pioneers of what is known as “inverted full-backs” and their importance in dominating teams. Indeed, his usage of Kyle Walker, Danilo, Oleksandr Zinchenko, Joao Cancelo over his spell in England have seen them become immensely successful.

Defensively excellent and a lot of build up passing. The radar doesn't really do his overall attacking influence justice either. Still has six assists this season despite low crossing numbers. pic.twitter.com/cNd0ljcG5K

Walker in particular has been involved in almost 200 shot-creating actions over the past four seasons given how upfield he likes to get. Not only do they accomplish their defensive duties but are also expected to join in attacks whenever the chances arise. Moving infield from the flanks helps create incessant pressure on the opposition which allows them to win the ball. That is why playing against City has gotten so suffocating given how effectively they use their press.

However, the true essence of just how important full-backs have gotten for a team’s scoring chances is underlined by the two players at Anfield. Trent Alexander-Arnold and Andrew Robertson have redefined attacking play for their position. Their mastery over set-pieces, devastating pace, and intelligent ball playing are encapsulated by the fact that they are the top two assists providers amongst defenders.

📊 Most Premier League assists since the start of the 2018-19 season:

They had 25 assists and 42 goal-creating actions combined during 2019-20. The havoc they cause down the flanks is terrifying to contain most times and the fact that they are able to come infield to boost up the midfield numbers also helps a lot.

Some of the other full-backs who have greatly evolved their attacking threats have been Luke Shaw who had a fantastic 2020-21 campaign. Kieran Tierney and Reece James are others who have come to be known for their affinity to provide crosses and even take on shots themselves.

Having seen just how much the game has moved on from the days of bloody faces, busted heads and crunching challenges, it is no surprise why managers now want defenders who are capable of more than only restricting themselves to preventing goals. One thing to keep in mind in all of this is that these players are no slouches when it comes to their core values. The art of defending has definitely not been lost, it has been upgraded to a much cleaner and effective version.