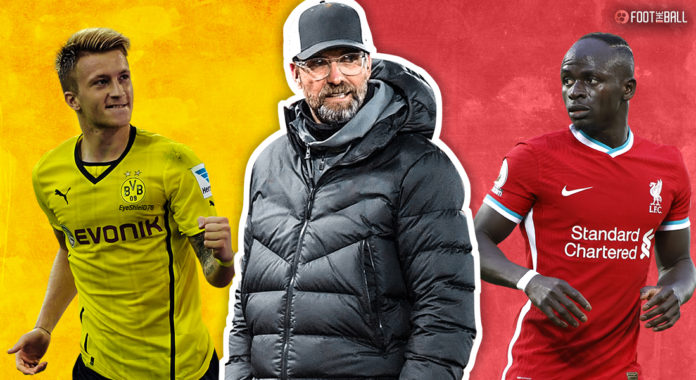 The year was 2009, and it was a watershed moment for the sports of football. A team had just conquered football. Pep Guardiola, a Barcelona legend who was promoted to first-team coach after leading Barcelona B, did the impossible as his team won six trophies in a year. The all-conquering Barcelona team won the La Liga, Copa del Rey, UEFA Champions League, Supercopa de Espana, UEFA Super Cup, and FIFA Club World Cup using the tiki-taka system. However, while the team was being lavished with praise across the footballing world, a certain German looked at Guardiola’s team differently.

Jurgen Klopp, like Guardiola, had just finished his first season as the head coach of Borussia Dortmund. And within two to three years, he would perfect a system of his own that would rival the tiki-taka for the next decade. Gegenpressing or’ counter press’ is a system that stresses the need to win the ball high up the pitch by pressurising the opponent. It has not only become a major component of German football philosophy but modern football tactics altogether.

Rangnick: "Gegenpressing is a very proactive style of football, similar to the way in which Dortmund and Liverpool have been playing under Klopp. We like to press high, with a very intense counter-pressure. When we have the ball, we do not like any square or back passes. [@espn]

Gegenpressing is the German word for counter-pressing. Jurgen Klopp’s base idea behind the philosophy was to win the ball back in the quickest time possible after his team had lost possession. “The best moment to win the ball is immediately after your team just lost it”. The opponent is still looking for orientation on where to pass the ball. He will have taken his eyes off the game to make his tackle or interception, and he will have expended energy. Both make him vulnerable,” Klopp said, as reported by The Guardian.

After watching Barcelona’s sextuple winning team, Klopp was impressed. However, the part that left him in awe was Blaugrana’s ability to win the ball back as soon as they lost possession.

Klopp deduced that if a team wins back the control of the ball immediately, it will rattle the opposition’s players.

Gegenpressing; a look at Klopp's #LFC impact.
Similar tackling stats, but the position on the field is most telling pic.twitter.com/scJiicycTq

How does the Gegenpress system work in a game?

Suppose Liverpool (Klopp’s current team) loses the ball in the attacking third of the pitch. The front three players’ job is to press the opposition immediately. The centre forward presses the centre back while cutting off the passing lane to the defensive midfielder. The two wingers’ job is to cut the line between the centre back and full backs. The front three try to minimise the number of passing lanes, forcing the defenders to (1) go long, (2) pass the ball back to the goalkeeper, or (3) try to go for high-risk passes, leading is loss of possession.

In the same way, the midfield exerts pressure on the opposition’s midfield and crowds them out as soon as they receive the ball. There are specific “pressing zones” on the pitch. For example, the press becomes intense when the opposition hold the ball near the touchline. The touchline then acts as an extra defender, restricting the space to play for the opposition.

Another aspect is ensuring that the ball does not cross the halfway line and is in the opposition’s half. If the ball is won high up the pitch, even a good pass could produce an excellent opportunity to score a goal. The system is why Liverpool has the highest Buildup Disruption Percentage (BDP) in Europe. The team from Merseyside also records one of the lowest Passes Allowed per Defensive Actions across the continent.

Read More: A fairytale in Belgium

Klopp knew that only a specific type of pressure would not be successful in the long run, and thus he created two variants of it. These two variants are normal gegenpressing and hard pressing.

This type of pressure is in play for the better part of a game. In this press, there is an emphasis on both the need for pressing and not losing the tactical shape of the team. For instance, Mohamed Salah and Luis Diaz, who are both wingers, have the main job of cutting the passing lanes between the centre back and full back. This job is to be done by them and not any other player, as it will change the tactical shape of the team.

And as soon as the ball goes out of their area, it is the other players’ job to win the ball back.

So, in short, this pressing system has specific individuals doing a particular job to ensure Liverpool win the possession back.

During his time at Dortmund, Klopp had figured the need to adopt varying degrees of pressing during the match. It is here that hard pressing comes into play. The objective of this system is simple, win the ball back no matter what, tactical shape becomes secondary. Liverpool try to win the ball back in this system without caring much about position and tactical shape.

If the ball is with any opposition player, at least two players will try to press him to win the ball back. Liverpool full-backs Andy Robertson and Trent-Alexander Arnold are two of the players most involved when hard pressing is in action.

7 – Liverpool are the first ever English top-flight side to score 3+ goals in seven consecutive away games in all competitions. Swarm.

However, due to the intensity of this pressing, no team can play it for the entire 90 minutes, and thus this system is implemented in specific phases across a match. This comes into effect when the team is chasing a goal, or when the opposition has a “pressing trigger’ in their ranks. That means there is a player in the opposition who does not do well when pressed. In that case, the pressing team will abandon tactical shape to make that player uncomfortable.

In case you missed it: Why PSG winning the Ligue 1 title is no reason to celebrate this time

What players does an excellent Gegenpressing team require?

Jürgen Klopp looks back on his time in Dortmund and reflects on the emotions of the 2010/11 season 🎙 pic.twitter.com/v613gGmPQc

However, Klopp’s system has subtle changes from his days at Dortmund. At the Signal Iduna Park, he mainly played a 4-2-3-1 and had the highly talented Mario Gotze, meaning Gundogan and Gotze shouldered the primary creative burden.

While at Liverpool, he altered the system to bring the fullbacks more involved in the attacking side of the game. It is due to the reason that Trent Alexander Arnold and Andy Robertson have such high assists and xOVA numbers.

In addition, teams playing with this system also need good ball-holding players which increases the Field Tilt in their favour thus helping them dominate a match.

Gegenpressing has been the most revolutionary tactic in 21st-century football. The tactic was so successful that it won Borussia Dortmund two league titles against a brilliant Bayern Munich side. Moreover, it has brought an additional league title and Champions League for Liverpool.

The term is now more famous than counter press and has been ingrained in the football vocabulary.

It has also left its imprint on the world football stage. It inspired several other teams to take the system and tweak it. In fact, the only team to match Barcelona’s sextuple was Hansi Flick’s Bayern Munich in the 2019-20 season. Any guess which system they used… Es war Gegenpressing.