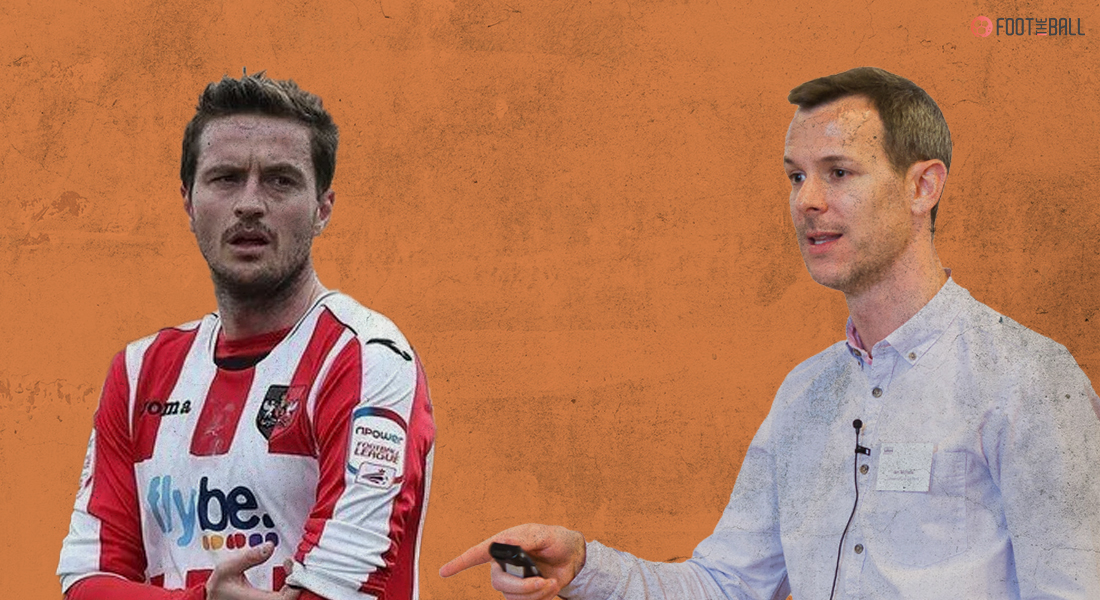 Retired Premier League footballer Matt Oakley and a visionary researcher  Ian McHale developed an AI-based transfers software called Real Analytics that they hope would transform the manner in which teams attract and keep footballers. The usage of Artificial Intelligence would revolutionize the game and the methods in which players are purchased and sold with numbers and the players’ influence on outfits being used as the main component to determine the worth of a million-dollar transfer.

THE WORKING OF REAL ANALYTICS IN OAKLEY’S WORDS

‘There are a lot of companies doing ‘data’, but what they basically do is simple counting. That isn’t analytics,’ says Oakley.  ‘What Professor McHale has created, that is real AI, it has 10 years of data that is used to predict forward, rather than looking back.’  ‘Every match has around 2,000 events. A pass is not just recorded as a pass. We have the x-y coordinates of where the pass came from and where it went and who it went to. ‘Our AI engine learns the value of every action in terms of what it contributes to the likelihood of that possession ending in a goal. Every pass, every tackle, every interception, everything is given a positive or negative score.

‘It can be used for coaching to look at the moments where you have added value, or it can deem that you have taken value away. You can see how some players, who might be completing lots of passes, actually impact negatively on the team. ‘But when it comes to recruitment, it is no use knowing how good a player was last week. We need our tools to be predictive. We want to know how good he will be next year, or in five years’ time. ‘We started valuing every single event in a football match, offensive and defensive.

Explained: How data and analytics are changing how clubs approach transfers – and why Man United should sign Camavinga next – The Athletic https://t.co/yYQJyjjdHx

From that, we can rate every player in European leagues, and many South American leagues, for every action – dribbling, crossing, passing, interceptions, clearances.  ‘We can then accumulate all of that to determine – how good is this player now? And then use our forecasting backgrounds to build models to predict how good will he be in the future. It negates the risk and uncertainty for clubs when investing such large sums.’

THE EXAMPLES OF THE USAGE OF REAL ANALYTICS

They described how previous to Arsenal’s proposal to grant Pierre-Emerick Aubameyang a handsome bumper deal valued at £55 million over three years, they were requested to conduct a ‘player performance’ assessment on the Gabonese veteran last campaign.

‘Being an Arsenal fan, like many others, we were getting excited about Mikel Arteta and the team last summer,’ says Oakley. ‘

The astounding algorithm predicted that the Gunners would rank 8th at the end of the summer and would thunder in 55 goals throughout the Premier League. And shockingly, when you revisit the Premier League table you would find Mikel Arteta’s company occupying the 8th spot with a tally of 55 goals.

‘Our system said otherwise, with or without Aubameyang. The transfers section of Real Analytics believed that giving him a new contract was not worthwhile, in terms of the difference it would make in the team’s performance for the cost of his wages.’

Oakley wondered the impact Three Lions’ veteran striker Harry Kane could single-handedly have on the Red Devils if Ole Gunnar Soskjaer adds him to his shopping catalogue. The concept is modelled on the Premier League rosters at the conclusion of the previous campaign, with Kane landing at the Theatre.

According to reports, Kane could fulfil the Theatre’s dreams by bolstering their points tally by 6.5 and their goal-scoring numbers by almost a dozen goals.

While United would benefit from the goal-scoring machine’s arrival, the spectators at Wembley questioned the negative influence Kane’s departure would have on the North London outfit. The statistics reveal a 5.5-point drop in points and a drop in the chance of earning a seat at the Champions League table from 29% to just 9%.

The consequence on the divisional place isn’t quite what you’d think – they estimate United will finish fourth. However, they say that this is an upgrade over what was anticipated of United, who finished as England’s runners-up despite outperforming expectations.

But a factor that Oakley’s algorithm is missing is who manages the respective club. Although the Red Devils finished second, the prediction claimed them to conclude at 4th and Norweigan boss Ole Gunnar Solskjaer could have influenced the performances at Old Trafford.

Surprisingly, Real Analytics’ next endeavour is to rate coaches and figure out there transfers, which is exactly that many teams are already inquiring about.

Oakley exclaimed that the utilisation of numbers is crucial for clubs to conquer their land and for scouts to find themselves the right player.

‘For example, a man in the stands can tell you more about body language and when a player’s head drops. We know there is more to it than numbers.

He said that during his days the scenario was different and wished that numbers were used to get efficient results when he donned the Saints outfit. If Real Analytics existed during his stint as an assistant coach they would have sweeped in better transfers.

Analytics in Football – the past, the present and the future

An article undertaken for the Association of Sporting Directors by @ProfIanMcHalehttps://t.co/1an0ziJBnd

‘But I have been blown away by the accuracy of what I’ve seen. I remember working as an assistant manager at Exeter, with no budget for analysis, and we worked out that having 10 shots per game, with around four on target, would allow us to win more games than we lost. I had just scratched the surface on how far analysis in sport can go.

‘I just wish it had been around in my day, and someone could have realised how valuable all those passes I made actually were!’