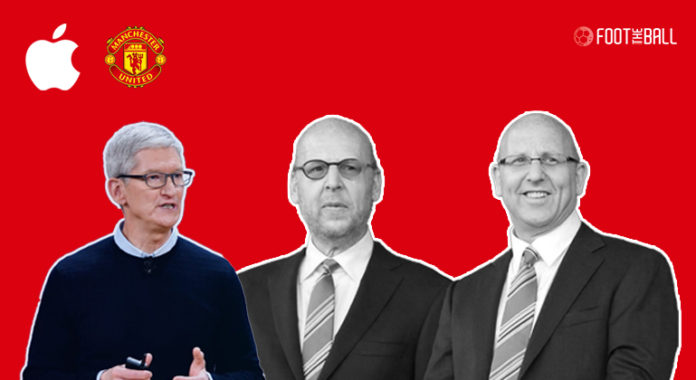 On Tuesday 22 November, Manchester United ownership, the Glazer family, sent shockwaves in the footballing world when they announced that they’ve begun exploring “​​strategic alternatives for the club” and it could potentially be sold in the coming future.

“As part of this process, the Board will consider all strategic alternatives, including new investment into the club, a sale, or other transactions involving the Company,” the club statement explained.

Raine Group, the American investment fund which facilitated Chelsea’s £4.25bn sale in May, will act as United’s exclusive financial advisor while the legal counsel will be provided by Latham & Watkins LLP.

Club statement on a process to explore strategic options for Manchester United.#MUFC

Malcolm Glazer and his family acquired the Red Devils in 2005 for £790m via a leveraged financial model, wherein borrowed money was used to finance the purchase. At the time of the acquisition, United was debt-free while at the time of writing, the club has a net debt of over £500m.

The news of a potential change of ownership of the club has been welcomed by United fans, a large proportion of whom have been disillusioned with the Glazers ever since their arrival. “The last 17 years has been characterised by debt and decline – on the field and off it. The vast majority of United fans will agree with the conclusion you appear to have also reached – it’s time for change,” Manchester United Supporters’ Trust (MUST) recently told the Glazer family in an open letter.

Why are the Glazers selling?

“You have made huge amounts of money from Manchester United,” was also proclaimed in MUST’s letter. It’s an open secret that the paramount priority for the American ownership has always been finances and profit-making, in which they’ve excelled. Sporting success was always perceived as a means to an end, and not an end goal in itself. So why are they looking for suitors now?

The urgent need to modernise and heavily invest in the deteriorating Old Trafford, the training facilites at Carrington, and other infrastructure, is a financially towering task and can be one possible reason behind the Americans’ decisions. Unlike the modern-day, state-of-the-art stadiums, which seek to maximise fan experience around the stadium, United’s Old Trafford is lagging behind its competitors, such as Spurs’ Tottenham Hotspur Stadium, Manchester City’s Etihad Stadium, and Liverpool’s Anfield – something which Cristiano Ronaldo also alluded to in his infamous interview with Piers Morgan.

"Nothing changed [at Man. United]. Not only the jacuzzi, the pool, even the gym. Even some points of technology, the kitchen, the chefs – who I appreciate, lovely people! I thought I would see different things, technology, infrastructure." pic.twitter.com/871T3UULQA

The collapse of the schemes like the Project Big Picture in 2020 and the European Super League, which would have expanded the economic bandwidth of elite, legacy clubs like United, would have also embittered the Glazer’s long-term plans.

The apprehension of losing out the best bidder to Liverpool FC, whose ownership also recently opened up the sale of the club, as well as, the prospect of financially competing with the Abu Dhabi United Group and Saudi Arabia’s Public Investment Fund in the long run in the Premier League might have impacted the owners’ reasoning.

Born in Greater Manchester, the owner of Ineos, a giant in the petrochemicals industry, Sir Jim Ratcliffe is a Red Devils supporter who expressed interest in talking to the Glazers and buying the club as early as August. “If the club is for sale, Jim is definitely a potential buyer,” his spokesperson said at the time. The Telegraph reported on Wednesday that he is readying his bid.

Ratcliffe is already a known figure in the industry of sports-based business acquisitions. He owns OGC Nice in France and FC Lausanne-Sport in Switzerland, and pours millions of pounds into his cycling teams in the UK.

According to different estimates, his net worth ranges between £6 to £11 billion. However, it’s highly unlikely that he’ll try to buy the club individually, without the backing of a fund or consortium.

In 2010, a group of investors called the Red Knights, led by Lord O’Neill, another United fan born in Greater Manchester, unsuccessfully tried to buy the club.

Recently, the former chief economist at Goldman Sachs told BBC that the Glazers’ asking price was too high but he didn’t dismiss the idea of bidding again.

According to The Athletic, the actual market cap of Manchester United, after share value rapidly increased since the Glazers’ announcement, is £2.5bn while BBC Sport indicates that the club’s total value is £3.75bn. However, speculation suggests that the Americans’ asking price would be at least £5bn.

The 47-year-old former United player believes that, because of his history and connection with the club, his presence would add legitimacy to a potential bid.

Deloitte’s research claims that in the last five years over two-thirds of the investments in top European leagues come from players in the USA, especially private equity funds. Rumours are also bubbling, suggesting that giants like Amazon and Meta might be curious about the deal.

If interest from the States has been on the rise in the last few years, so has it been from powers in the middle east in European football clubs, especially the biggest names.

There are reports indicating the desire of the investment wing of Dubai’s sovereign wealth fund, Dubai International Capital, in tabling a bid. The fund had previously tried to buy Liverpool FC in 2007.

Prince Abdulaziz, Saudi Arabia’s minister of sports, also recently told BBC Sport about the huge “appetite” for football in the nation and if the “private sector” wants to invest in Manchester United or Liverpool, they will be supported in their ventures.

Will the Man United sale happen?

Despite the prompt developments in this enormous story, there are still no guarantees that United fans will soon get to behold the much-awaited end of the Glazers’ ownership. It was also mentioned in the club statement that: “There can be no assurance that the review being undertaken will result in any transaction involving the Company.”

What’s perhaps more certain is that the Glazers are definitely testing the waters and some changes, if not a full-fledged sale, will take place in some capacity.