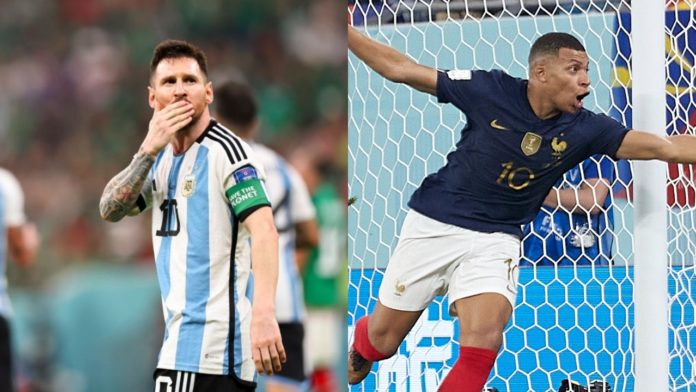 Matchday 7 of the 2022 FIFA World Cup had one general theme, big players performing for their teams on the big occasion when their nation needed them the most. Lionel Messi, Robert Lewandowski, and Kylian Mbappe were the star of the show for their respective countries to prove why they are among the best players in the world.

In the day’s first match, Australia produced a strong display to win over Tunisia and keep their chances of qualification alive. In the second match, Poland withered a relentless Saudi Arabia to win the game 2-0, with Lewandowski scoring his first World Cup goal to seal the win. France meanwhile confirmed their qualification to the next round after defeating Denmark through a Kylian Mbappe brace. However, the best was reserved for the last as Argentina, facing the threat of elimination, produced a brilliant performance with two exquisite goals from their captain Lionel Messi and talented midfielder, Enzo Fernandez, to win against Mexico.

Australia fought against a resilient Tunisian side to get their first victory in the 2022 FIFA World Cup. The Socceroos took the lead in the 23rd minute through Mitchell Duke and kept their rivals at bay throughout the match. This result puts them in the second spot with a strong chance of qualifying for the next round.

However, if there was a team under the most pressure going into match day 7, it was Argentina. After losing the match against Saudi Arabia, combined with Poland’s win over the Asians meant that the Albicelestes had to get the three points. And after a cagey first hour, Argentina opened the scoring, and their best player Messi did the honours. From the edge of the box, the PSG man unleashed a shot in the bottom-left corner past the outstretched arms of Guillermo Ochoa. The South Americans sealed the match beyond doubt in the 87th minute when Fernandez scored one of the best goals after bamboozling the defence with his quick footwork.

Meanwhile, Poland went top of Group C after defeating Saudi Arabia. However, the Poles were far from perfect, as Saudi Arabia played a very smooth game and troubled their rivals repeatedly. However, unlike the match against Argentina, they failed to find a way past the impressive Wojciech Szczesny. They now face Argentina in the final, knowing that a draw would also get them through to the next round.

After the first match against Saudi Arabia, many people questioned Lionel Messi’s form. The Argentine had scored through a penalty but had failed to provide any real attacking impetus. So, the pressure was high on the Argentine to perform against a resilient Mexican side. And Messi came to the party as he found himself on the edge of the box with the ball at his feet. A moment of magic followed as Messi conjured a shot past a sea of defenders and Ochoa. While Fernandez sealed the win, Messi brought Argentina the victory.

Meanwhile, Kylian Mbappe became the joint-scorer along with Enner Valencia after scoring a brace against Denmark. Going into the match, Les Bleus knew a win would guarantee them qualification. However, standing in their way were 2020 Euro semi-finalist Denmark. However, it was the brilliant Mbappe who was the star of the match. The 23-year-old first opened the scoring in the 61st minute before Denmark equalised seven minutes later. But the PSG man was not done yet, as he got himself on the end of an Antoine Griezmann cross for the winning goal. This was his 31st goal for France, putting him on level with Zinedine Zidane.

After two matches, Denmark find themselves in a precarious position as they have just earned a point after two games. The Danes managed to reach the semi-final without their star Christian Eriksen but have struggled so far with him in the squad. Furthermore, their insipid performance in the first match against Tunisia have left them in a precarious situation. However, they know that a win against Australia in the final game will grant them qualification, but a win and draw will mean the end of their journey in Qatar.

Before the 2022 FIFA World Cup, Mexico were one of the favourites to qualify for the round of 16. However, after two matches, the situation has turned on its head. Poland are top of the group, with Argentina and Saudi Arabia on three points and Mexico on one point. However, Argentina outclassed them in every department in the 2-0 win. Furthermore, their last match comes against Saudi Arabia, a team no one can take lightly.