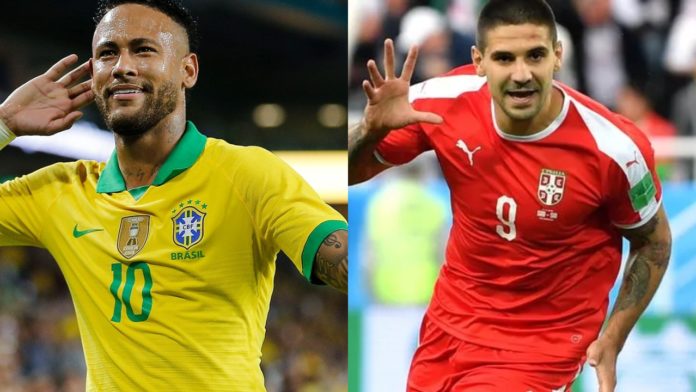 After seeing their neighbours Argentina being defeated by Saudi Arabia in one of the biggest upsets in FIFA World club history, Brazil will start their campaign against Serbia, a team they can’t take lightly. The Selecao are the most successful sides in World Cup history and have arrived with a squad in Qatar that can get them their sixth title.

The Brazilian topped their CONMEBOL qualifying group, winning 14 and drawing three matches, scoring the most and conceding the least goals. Brazil have also changed after the rise of players called ‘perninhas rapidas’ (fast little legs) by manager Tite. This includes players such as Barcelona’s Raphinha, Manchester United’s new sensation Antony, the Real Madrid duo of Rodrygo and the impressive Vinicius Jr, and Arsenal’s Gabriel Martinelli.

The world number 1 side have an impeccable group stages record, with their last loss coming against Norway in 1998. In addition, they have also defeated Serbia in the previous World Cup, with Neymar and Coutinho scoring. Tite also has the luxury of having brilliant reserves who can act as the perfect super sub. Brazil would want to start their campaign with a victory and avoid the fate of Argentinians.

On the other hand, Serbia are one of the dark horses in the 2022 FIFA World Cup. The Eagles topped their UEFA qualifying group, winning six, drawing two matches ahead of Portugal. Aleksandar Mitrović was the top-scorer with eight goals. Serbia have only lost twice in the last 16 games.

However, despite that, Serbia have had a poor showing at the World Cup. In the last 20 years, they have qualified for the tournament three times. But, they were eliminated in the group stages all three times. With Switzerland and Cameroon as the other two teams, Serbia could lose the Brazil match and still qualify for the next round.

Richarlison: Brazil ‘will do everything’ to win sixth World Cup in Qatar https://t.co/yGATNOvEEN

Before the match, Antony, Bruno Guimaraes and Alex Telles were all suffering from niggles but have recovered. This leaves Tite with an entirely fit squad which will be music to his ears. Brazil usually play a 4-2-3-1 formation which allows the team to accommodate their attacking brilliance. Liverpool’s Alisson will get the nod in goal, with Alex Sandro, Thiago Silva, Marquinhos, and Danilo forming the back four. In midfield, Casemiro and Lucas Paqueta will be picked ahead of Fred, Fabinho and Bruno Guimaraes. Neymar will play a number 10 role with Vinicius Jr and Raphinha on the wings and Tottenham’s Richarlison, the lone man on the front.

Meanwhile, Dragan Stojkovic will most likely be without star striker Mitrovic, who has still not recovered fully from an ankle injury. At best, he is expected to play a role as a substitute. As a result, Serbia are likely to play a two-person striker formation which means Luka Jovic will partner with Juventus’ Dusab Vlahovic. In the defence, Stojkovic will opt for Strahinja Pavlovic, Nikola Milenkovic and Stefan Mitrovic, with Nemanja Gudelj and Lazio’s Sergej Milinkovic-Savic starting in central midfield. This leaves Andrija Zivkovic and Filip Kostic as the attacking wingbacks, while skipper Dusan Tadic tucks in behind the two forwards.

While Neymar may be five years younger than Lionel Messi and seven years younger than Cristiano Ronaldo, at 30 years, it is probably his last chance to be the star of the Brazilian team. Tite will give the PSG man a free role, allowing him to express his creativity in attack fully. And despite the attacking brilliance around him, Neymar will be expected to shoulder the goals scoring and creative burden.

🇷🇸 Could Serbia be one of the tournament's dark horses?#FIFAWorldCup | @FSSrbije

With Mitrovic not fully fit for Serbia, Dusan Vlahovic became their chief source of goals. With six strikes to his name, the Serbian is among the top scorers in Serie A. In addition, Serbia will also be hoping for big things from their midfield general Sergej Milinkovic-Savic. We have seen what a star man in the middle of the park can do for an east European nation four years back, and the Lazio man can repeat the trick.

Brazil are the bookie’s favourite to win the 2022 FIFA World Cup, and with good reason. The team are stacked with the talent to the full, which every World Cup winner had in the previous winners. However, underestimating Serbia is the last thing any team, including a team like Brazil, could afford.

However, the Selecao are too good for the Serbians and will edge them out. FootTheBall predicts a 3-1 win for Brazil.