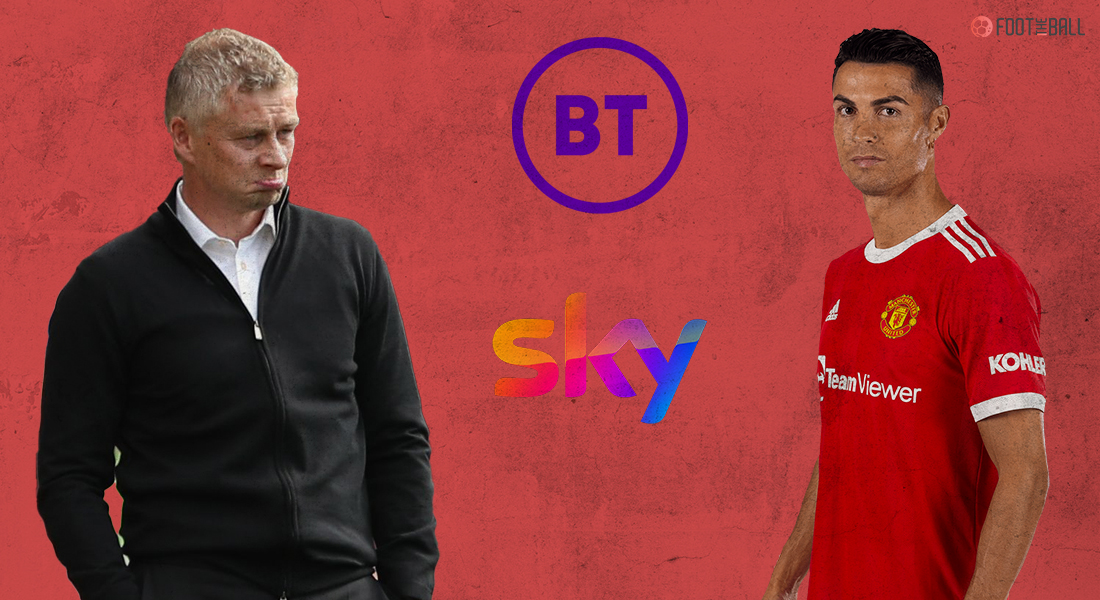 The 11th of September is a date billions of fans are looking forward to around the world. It is the premiere date of Cristiano Ronaldo – The Sequel at Old Trafford.

Neither Sky nor BT Sport have rights for the game to televise Ronaldo’s return to the Premier League. Hence Ronaldo is affected by the traditional blackout rule.

Cristiano Ronaldo was training with Juventus for the new season before making a late transfer decision in the window. The legendary Portuguese international was soon on the move with Manchester City touted as the possible destination.

But soon Manchester United acted promptly to prevent the City move from happening and signed the true Red Devil in a stunning fashion. The signing broke the internet as fans all over the world went crazy on the best ever reunion.

All eyes immediately shifted to United’s next fixture in the Premier League. It was a 3 pm kickoff against Newcastle United at Old Trafford on Saturday. The 3 pm blackout means that fans living in the UK won’t be able to watch Ronaldo on his second debut on the television.

The United Kingdom follows a 3 pm blackout rule (more on that later) strictly. The games played between 2:45 pm to 5:15 pm won’t be televised on any channel in the United Kingdom. This makes the telecast of the 3 pm game between Manchester United and Newcastle United impossible legally.

Generally, the games that are to be telecasted are selected well in advance by the broadcasting bosses. The game Chelsea and Aston Villa was chosen as the game to be telecasted on Saturday evening. With Ronaldo’s return being the biggest talking point in the league, the authorities tried to shift the 3 pm kickoff.

❌ UK one of 5 out of 189 countries where Ronaldo's second debut won't be televised.

This comes after Sky & BT decided against requesting to move the match from 3pm slot(subject to blackout rule). pic.twitter.com/DVkLMascRW

But the closeness of the fixture meant that the broadcasting authorities weren’t able to get the change on time. Hence Ronaldo’s homecoming is a legal blackout for all the viewers in the UK. For all good reasons, this game could’ve been the most viewed match of the season.

Those desperate to catch any part of Ronaldo’s debut can turn to BBC for their comfort. Sky and BT’s loss might be a blessing in disguise for BBC as they have the exclusive commentary rights for the game. It might be the most tuned commentary in the country for a long time.

Besides, those living in the UK can catch the full-length highlights on “Game of the Day” on Sky Sports at 8:30 pm to see how Ronaldo performed. Those who don’t have a Sky subscription will need to wait for Match of the Day on BBC One in the evening.

Luckily, those living in Ireland can watch the match on live television as Premier Sports picked the broadcasting rights for the game. And apart from the UK, the game would be televised throughout the world.

The 3 pm blackout rule is an age-old rule followed in the United Kingdom since the 1960s. The then Burnley President was vocal and played a key role in the origination of this rule. It says: No match from the Premier League, FA Cup or Football League can be televised between 2.45 pm and 5.15 pm in the United Kingdom predominantly on Saturdays.

Bob Lord, Burnley’s President during that time argued that having 3 pm matches on TV would negatively affect the attendance of lower league matches. However, live radio broadcasts are allowed for the public to catch up to the proceedings. The United Kingdom is the only country to observe this rule.

Forty years down the line, the rule is still intact with blackouts strictly allowed. In fact, the final matchday of every season is played at 3 pm on Sunday’s to comply with the blackout on Saturday.

Cristiano Ronaldo making his second debut for Manchester United against Newcastle United is a dream come true. If it was available on television, all the pubs in the country would be filled and people would firmly sit at home with their eyes glued to television.

With no movement expected across the country, the lower league matches wouldn’t be a priority. Even the ardent fans of those clubs would be tempted to watch Ronaldo back at his den. The rule was implemented to avoid these kinds of situations. The fact that it is still standing strong show how effective it is.

People living in the United Kingdom, see this as a tradition. They feel that if this rule is lost then they lose a part of their history to the money-hungry broadcasters who won’t care about the footballing pyramid in the country.

On second thought, this rule might encourage piracy as supporters scramble for illegal ways to watch the matches. The constant fight against piracy might take a hit due to the desperation of a few.

Unfortunately, Ronaldo and his second coming would be blacked out in the United Kingdom.