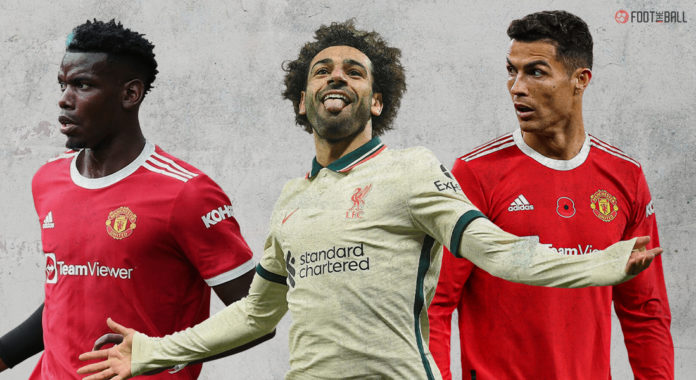 Where do Real Madrid go from here? Their biggest signing since the arrival of Cristiano Ronaldo in 2009…has not joined. Kylian Mbappe announced that he had extended his contract with PSG till 2025.

It marked the end of the most drama-filled transfer saga of the past two years. Florentino Perez had long desired Mbappe, with an intense bidding war ensuing between the two clubs. The La Liga champions need someone else.

Madrid were confident of landing the French superstar, after protracted negotiations with Mbappe’s camp. However, it was all for naught. The whole situation with Mbappe is made even worse in hindsight, given how Madrid failed to go after Erling Haaland seriously.

Therefore, they now have to look elsewhere for the newest Galactico. This is not to say that they need one. Los Blancos are set in attack with the sensational Vinicus Jr., the ageless Karim Benzema, and the upcoming Rodrygo Goes.

It’s a huge personal embarrassment for Perez (enjoyably so), but is this actually such a disaster for Madrid?

Benzema is in the form of his life, Vinicius went up a level this season and they’re still finding out exactly what they have in Rodrygo. 2024 might be better timing

However, Perez is unlikely to settle for what they have and his obsession with superstars will certainly ignite again. So, who are the big names available now or soon? FootTheBall breaks down five names who could end up at Santiago Bernabeu soon.

One of the foremost names on the team sheet at Liverpool could soon be a Madrid player. Salah’s contract problems with Liverpool in extending his current deal is well-known. There are issues surrounding the future wages and the standoff between the two parties.

Salah is a free agent in 2023, and will not be averse to running down his contract as is the norm nowadays.

❗️❗️𝐑𝐄𝐏𝐎𝐑𝐓: Real Madrid are targetting Sadio Mane and Mohamed Salah after losing out on Kylian Mbappe.

However, discussions around Real's new forward options won't start until after the #UCLfinal

Madrid will be in prime position to land him, given their financial muscle. Moreover, Salah will be an instant upgrade on the rising Rodrygo, while also complementing Benzema. He will be at the peak of his powers and his records in England speaks for itself.

Therefore, Madrid will certainly be keeping a close watch on the developing situation at Anfield.

La Joya is leaving Juventus after almost a decade. Dybala has been beset with injury issues during his time in Italy. However, he has overcome those in recent times and was a regular in the lineup during 2021-22.

Despite being 29-years-old, Dybala could be the perfect successor to Luka Modric.

He’s gonna leave the club on a free transfer as no agreement has been reached to extend his contract.@CBSSportsGolazo ⤵️🎥pic.twitter.com/WEJbA3vuLX

The Argentine international can turn a game on its head on any given day and is more than capable of doing the spectacular. Modric is certainly an immovable asset, but Toni Kroos has shown signs of vulnerability.

Read also: The best places for Paulo Dybala to end up at in 2022

Therefore, getting Dybala would be a definite positive. Moreover, the player himself can rediscover his mercurial form which will be a boon before the FIFA World Cup at Qatar.

The long rumoured move could finally happen in 2022. Pogba has been linked with Madrid ever since his time at Manchester United was coming to an end. The Red Devils are not likely to offer Pogba a contract on the same level as before.

Therefore, he will be moving on. PSG and Manchester City have been touted as potential destinations, alongside former club Juventus being the frontrunner.

🗞 Juventus have offered Paul Pogba a three-year deal worth around £10 million a season, however PSG are offering more money and are expected to make one final attempt to persuade Pogba to move PSG as Kylian Mbappe has rejected Real Madrid. [@TelegraphDucker]

Perez could spring a mammoth surprise and bring the French enigma to Spain. Pogba, like Dybala, could fit in seamlessly as an alternate to the Kroos/Modric duo.

Moreover, he still could be at the peak of his powers if utilized well and given the necessary confidence boost. Carlo Ancelotti knows a thing or two about turning the fortunes of players and Pogba could use that.

The wide attacker with Bayern Munich was in scintillating form in 2019-20 as the Bavarians won the sextuple. Gnabry has kept that form up with strong performances in the subsequent couple of seasons.

His evolution has been a joy to behold and Gnabry is justifiably one of the best in his position.

Kicker confirms that Bayern are interested in Sadio Mané. But the Senegalese has more to do with Serge Gnabry's future than with Lewandowski. Bayern do not want to go with Gnabry into next season without a contract extension [@kicker] pic.twitter.com/FdxWwBywDF

Madrid have good options in Rodrygo and Marco Asensio down the right flank, but Gnabry would be a definite upgrade. He is still in his prime and continue to remain so for quite a few upcoming years.

Therefore, this is a move that can be done well, in a decent budget. That is because Gnabry turns a free agent in 2023, and Bayern would not want to lose him for nothing. Therefore, selling him in 2022 makes a lot more sense.

It couldn’t happen, could it? In the aftermath of Mbappe’s move collapsing, several fans have been chanting for Ronaldo’s return. It is no surprise that the Portuguese great has had an extremely underwhelming 2021-22 by his standards.

As it stands, Ronaldo will not be playing Champions League football next season for the first time in 20 years.

Cristiano Ronaldo left Manchester United when he won the Balon d'or, multiple leagues and the Champions League for a Real Madrid that hadn't been successful in recent years.

There's only one Cristiano. pic.twitter.com/58UBEGUbyI

There has been furious speculation over Ronaldo’s fit under Ten Hag. Given he has a year left on his current contract, it will not come as a huge surprise if Ronaldo asks for a transfer away. Will Madrid want to get the band back together?

Perez will definitely be tempted if Ronaldo is on the market. Moreover, he will be available for a cut price fee. Time to run it back? Only time can tell.