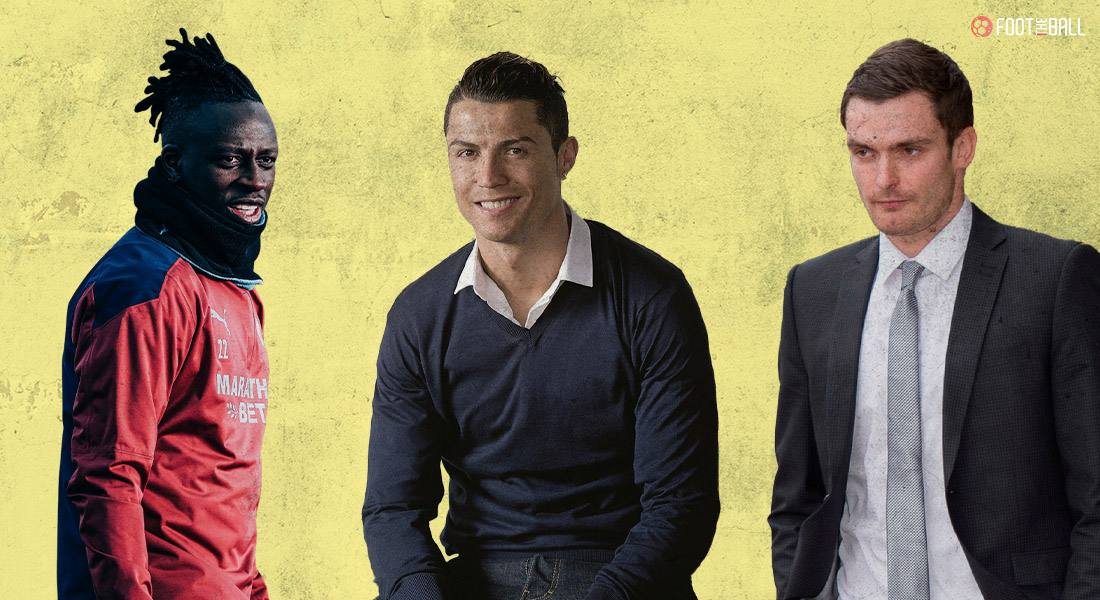 CRISTIANO RONALDO, BENJAMIN MENDY AND THE WHITEWASHING OF FOOTBALLERS' CRIMES

It has been a whirlwind 48 hours or so in the world of football, or rather the business of football considering that no ball has been kicked yet. Kylian Mbappe was going to, and might still be the biggest transfer in the final days of the transfer window but Cristiano Ronaldo’s move back to Manchester United has arguably transcended that status given his immense popularity as a global brand.

Messrs Mendes, Perez, and Woodward’s work in the transfer market perhaps swept a more pressing and certainly more concerning story under the carpet – Benjamin Mendy of Manchester City has been charged with multiple counts of sexual assault. The club released a basic statement, suspending the player until further notice but in light of that event, Ronaldo’s move requires deeper introspection on behalf of fans and media alike.

For all the euphoria surrounding his move, there has been a small section of football supporters and Manchester United fans as well who are not happy with the move. Of course, opposition by a supporter of any other club will be written down to general football bipartisanship and so, it is important for Red Devils’ fans to voice their opinion.

Their disgruntlement stems from the allegations of sexual assault that have been levied on Cristiano Ronaldo for an incident that happened in Las Vegas in 2009. A seemingly settled matter, the case was brought to light in 2017 by Der Spiegel, with some shocking details.

THE SEXUAL ASSAULT CASE AGAINST RONALDO

Newly signed for Real Madrid, Ronaldo was flying high in 2009. He had just become the most expensive player in football history and was on his way to establishing arguably football’s greatest ever rivalry with Lionel Messi. However, before the season started he was out partying in Las Vegas, where he met Kathryn Mayorga.

Long story short, Mayorga was out with a friend at Palms Casino where she met Ronaldo in the VIP section of their nightclub, Rain. Her and her friend were invited up to the room by Ronaldo to party with his entourage where the footballer allegedly assaulted her and forced himself upon her despite her saying no multiple times.

This is a thread about the rape allegations vs. @Cristiano: About our research @derSpiegel, about Ronaldo's reaction and a little insight into why the alleged victim Kathryn Mayorga speaks out about the case nine years later. This is the story btw: https://t.co/fwv26PhCSx 1/24

Ronaldo has himself admitted in a document that she said no multiple times and that he apologised to her afterwards. However, the case was under the cosh for years as Mayorga had signed a Non-Disclosure Agreement for a reported compensation of 375,000 USD – approximately a week’s wages for the Portuguese star at Real Madrid.

The case came out in public when these documents were made available by Football Leaks, a football whistle-blowing platform also responsible for revealing Manchester City’s financial (mis)dealings. Since then, Mayorga has gotten a new, more-experienced lawyer and wants to prove that the NDA is not legally binding and wants to press criminal charges against Ronaldo.

THE ART AND THE ARTIST

This is a fairly black and white case, where Ronaldo himself had admitted to the charge at the time even though his PR agency claimed Der Spiegel’s case to be fiction. The agency threatened legal action against the newspaper but has not taken any such measure.

However, football supporters are nothing if not loyal. Fans of the player continue to defend his actions with arguments that have been disproven as the case has panned out. He wasn’t convicted, the girl was just trying to make a quick buck, and most footballers and celebrities do it are some of the arguments that have been used to justify his, or rather their own, actions.

Of course, Ronaldo is not the only footballer with such a record. Apart from Mendy’s recent revelations, Ryan Giggs has also been charged with sexual assault and was subsequently removed from the post of Wales boss. Adam Johnson has been convicted of paedophilia while there are countless others that would have passed under the radar. The pervasiveness of the issue does not excuse its disregard.

🚨🚨 | BREAKING: Mendy has been arrested three times in the past year for sexual offences, a court has been told. But he kept playing for Man City

The ultimate defence though, has been that his actions off the field should not affect his image as a footballer.

Is kicking balls into a net the moralistic ideal of a human society that his actions off the field are whitewashed and erased from the memories of millions around the world? More importantly, why is the same courtesy then not extended to Mendy or Adam Johnson whose careers will forever be overshadowed by their crimes? Who decides the arbitrary line of being good enough at football to be given a free pass at criminal actions?

THE UNDESERVED IDOLISATION OF FOOTBALLERS

The problem, for fans, lies in the overwhelming attachment that individuals have to their teams. Over time, this attachment has moved from being limited to their clubs and extended to players of the clubs as well. Today, more than ever, fans have become fans of players rather than of teams. Even from a footballing perspective, this is concerning given that well, football is a team sport but the deification of players is particularly troublesome.

For as fans, we do not know the player personally. Their social media profile is carefully curated, the media interviews dictated by a PR officer, their biographies and autobiographies trimmed to paint a picture of a public figure, not a person.

I would like to reiterate for the second time today that Cristiano Ronaldo is a literal rapist, and if you’re celebrating or romanticising his “homecoming” then all you’re saying is that you can excuse rape if he scores a few goals here and there.

It is when the narrative of themselves gets taken out of their control – as happened with Ronaldo, Mendy, Johnson, and many more – that we see them as flawed people. By this time, fans are emotionally invested in the player – an attack on him is an attack on them. And so, the player is defended to death in endless debates with friends, family or completely random strangers online.

It is impossible to set a right and wrong way to engage with the sport but there are certainly healthier ways than this.

There is also a concerning lack of accountability when it comes to clubs themselves in these situations. Football clubs are social institutions even in their commodified form of the 21st century. They have a moral obligation to convey the right messages and what message is conveyed when an institution of Manchester United’s size, with its unparalleled reach, decides to sign Ronaldo? What message is conveyed when Pep Guardiola keeps playing Mendy despite him having been arrested three times in eight months for sexual assault?

There is certainly much to think about for football fans and the answer is not straight forward but it is time we start to have the conversation at least.