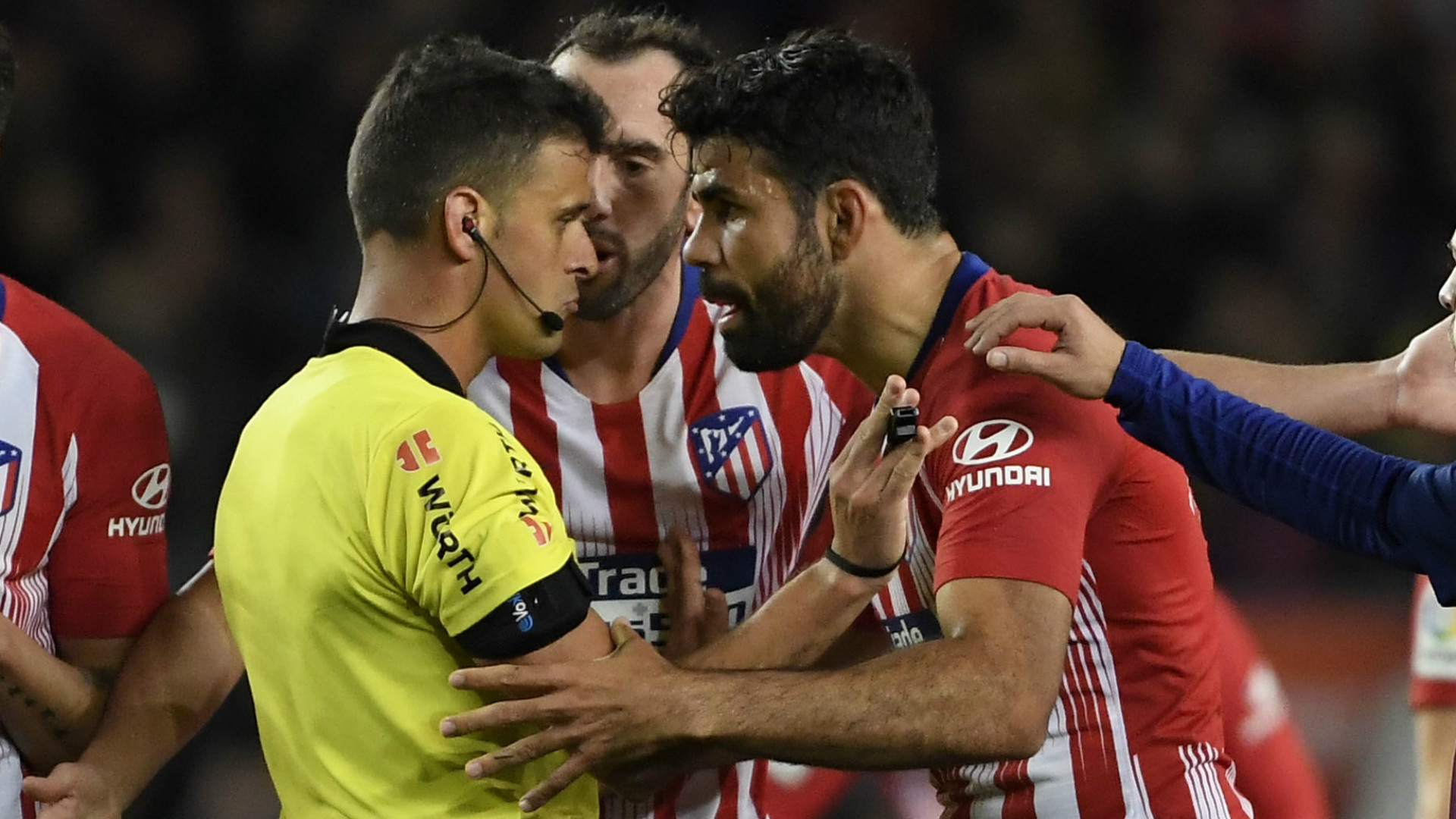 Death Threats, Physical Violence And Verbal Abuse – All Part Of The Job For A Football Referee

Dara Mojtahedi, Lecturer in Psychology, University of Huddersfield, is the author of this article which was originally published in The Conversation, an independent source of news and views from the academic and research community.

Match officials play an integral role in the beautiful game we call football. But what is not so beautiful about this game is the abuse that referees receive when officiating. Atletico Madrid striker Diego Costa, for example, was recently banned for eight games after being found guilty of abusing a referee.

Most spectators will have witnessed a situation where an official is harassed for making an unfavourable call. Whether it is a professional footballer insulting the referee’s mother, or parents of junior playersthreatening officials at a local five-a-side match, abusing the ref has become a “normal” part of football.

Match officials encounter an array of hostile behaviours from players, coaches and spectators ranging from verbal abuse to physical assault. The most common form of abuse exhibited is verbal aggression, with 64% of match officials in one study claiming to have frequently experienced such actions, followed by threats (36%). Worryingly 15% of the match officials reported physical abuse while on the job – and it’s not rare for match officials to be hospitalised as a result of physical attacks.

The overall pattern of abuse seems to be consistent across all levels of football, a worrying trend when you consider that amateur referees are as young as 14. And with a considerably lower presence of security and protection within amateur football matches – often none – referees are more exposed to aggressive conduct, which explains why more serious assaults on referees often take place during amateur matches.

Exposure to abuse can have adverse effects on an official’s performance, many referees report a loss in concentration and motivation after being criticised by players and spectators. And more serious effects of abuse can also develop long after the game. Research has shown that exposure to similar forms of abuse within other occupational settings can have numerous psychological consequences – including an increase in anxiety levels.

The damaging effects of this abuse are reflected in the dwindling referee retention rates – with more referees quitting their jobs due to being constantly abused. This is likely to lead to a reduction in skilled match officials. And with referees playing a significant role to ensure that football is played fairly and correctly, this can only result in poorer quality games at all levels.

On top of this, many fear that the normalisation of abusive conduct will have a negative effect on the junior players at grassroots levels. This is because failure to intervene against match official abuse could give footballers of tomorrow the wrong message about appropriate conduct.

Players and spectators often engage in abusive behaviour in part due to what’s known as “in-game triggers”. These can be frustrations towards a decision they believe to be unfair – or as a method of externalising their problems in the game. Many people also use interpersonal conflict with the referee in an attempt to influence future refereeing decisions.

Such abuse is frequently demonstrated by players and managers at the highest level of football – who often face little consequences for their actions. As a result, these actions are seen as acceptable conduct by viewers and spectators. And it normalises the behaviour as an integral part of football. This allows players and spectators to emulate the actions in future matches with little consideration of the moral implications.

Children, teenagers and even adults frequently try to imitate the mannerisms of their favourite footballers – be it copying their hairstyles or their skills when playing the game. One reason for this copycat behaviour is what social psychologists refer to as “vicarious reinforcement”. This is the act of imitating another person, in an attempt to reap the same rewards as them.

Now ask yourself, what would be going through a junior player’s mind when they witness a successful footballer they look up to shouting at the referee for giving a decision against their team.

My current research project looks to identify the root causes and effects of referee abuse. With assistance from The Referees’ Association, we have developed two online surveys. One measures the experiences of match officials and the other measures the attitudes of spectators, players and coaches of amateur football matches. The study, which has been funded by the International Centre for Sports Studies, is working directly with match officials and people who attend grassroots matches – such as spectators, players and coaches – and it’s hoped these findings will help to inform future interventions aimed at reducing referee abuse and its adverse effects.

And given that many match officials believe that players act aggressively towards referees due to a desire to imitate the actions of their role models, it’s clear this is something that needs to be dealt with at all levels of football sooner rather than later.