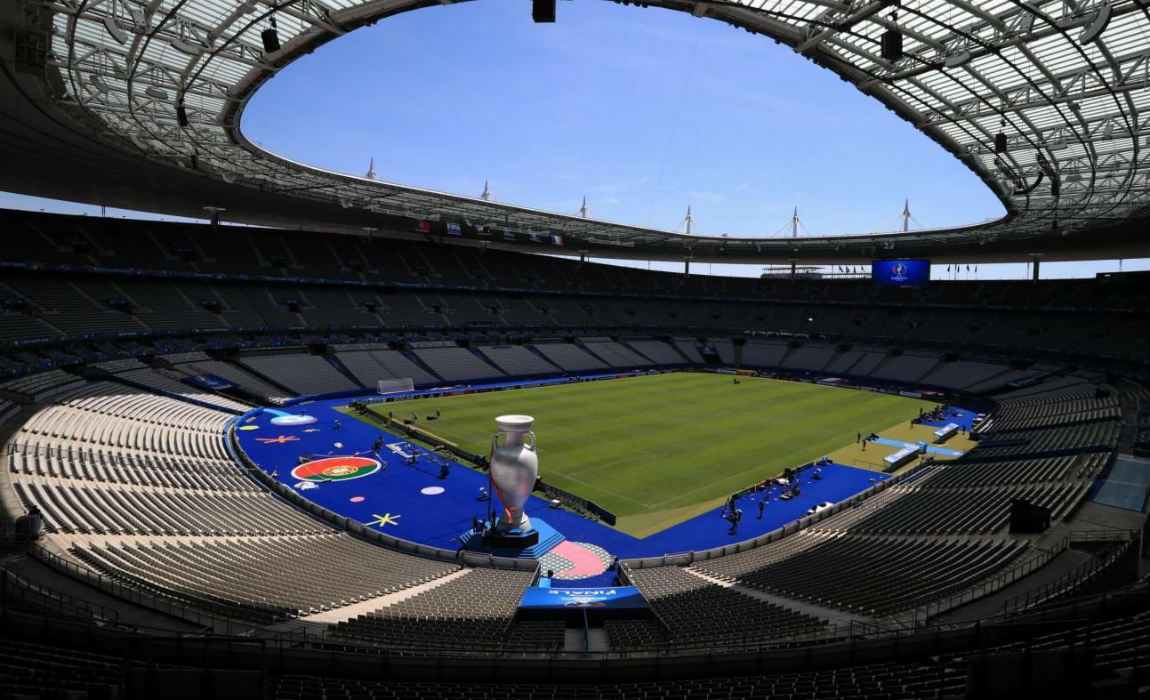 After a month of football, Euro 2016 drew to a close with Portugal defeating France 1-0 in extra time to lift the famous trophy for the first time.But the final game was a turgid affair, and perhaps the image most likely to endure involved a rather unexpected participant.

As Cristiano Ronaldo sat in tears on the turf, the reality of his game-ending injury sinking in only 25 minutes into the game, a moth fluttered around his eye and settled on his forehead. This moth was one of thousands in the stadium, pictured in clouds on the pitch as the players warmed up, and being swept with brooms from advertising hoardings.

What were they doing there? The bizarre spectacle appears to have been the result of a coming together of several exceptional circumstances.

It is commonly known that moths display an extremely strong attraction to sources of artificial light, although we still don’t really know why. The stronger and brighter the light, the better – and this is our first exceptional circumstance.

Fully lit,  the Stade de France shines like a beacon even amid the glow of La Ville Lumière. Worse yet, the format of the lighting – in a ring, facing inwards – means that once a moth finds itself inside the stadium, it would be near-impossible for it to escape the influence of the lights.

General view of the Stade de France during the UEFA EURO 2016 Final match between Portugal and France in Saint-Denis, France, 10 July 2016.

But many football games have been played under floodlights at big stadiums, and this game began while it was still daylight. This brings us to our second exceptional circumstance, then – the stadium lights were left on overnight on the eve of the game, presumably to aid the ultra-tight security effort that has surrounded the whole tournament.

The lights had a full night to attract as many moths as they could into the stadium. When fans and players began to arrive, those moths were nearing the end of their daytime slumber.

Still, though, brightly lit stadia have held events on consecutive nights before without experiencing mothy visitations. So to find the third exceptional circumstance, we need to look more closely at the moths themselves.

As the game unfolded, it became clear to those in the know that the vast majority of moths on display were representatives of a single species: Autographa gamma, the Silver Y – both names stemming from the γ-shaped marking on the wing. The Silver Y carries metallic patterns on its wing, like many other species in its sub-family, the Plusiinae, including the beautiful Gold Spot and my personal favourite species, the Burnished Brass.

When not bugging footballers, Silver-Ys enjoy feeding on flowers.

Importantly for our investigation, these moths bear a remarkable similarity to another species recently making headlines, the cabbage-chomping Diamondback moth, which also migrate in huge numbers to UK shores.

Silver Ys make the journey annually from North Africa, travelling through France (including Paris) to breed in Britain. Scientists at Rothamsted Research found that in peak years they number almost a quarter of a billion, and up to four times that number return southwards in the autumn. By a twist of fate, the Euro 2016 final appears to have coincided with this year’s migrating Silver Ys reaching Paris on their northward journey.

We know from several recent studies that the profusion of artificial light at night spells trouble, both for moths and the other organisms they interact with in the ecosystem. Moths have short lifespans – Silver Ys may spend as little as two weeks in their adult form after emerging from the cocoon – and in this time must complete their migration before finding a mate and a suitable location for their eggs. Time spent under the influence of a light is time wasted.

With luck, organisers at the Stade de France will have the sense to leave the stadium lights off on Monday night. Returned to (relative) darkness, most of the stadium’s temporary lodgers will be able to escape the arena and continue their journey merrily northwards – perhaps, for some, to land on British soil within the coming days much to the excitement of moth lovers who, like me, eagerly await their arrival.

(THE AUTHOR, CALLUM MACGREGOR, IS A PHD CANDIDATE , NEWSCASTLE UNIVERSITY. THIS ARTICLE WAS ORIGINALLY PUBLISHED IN THE CONVERSATION.)