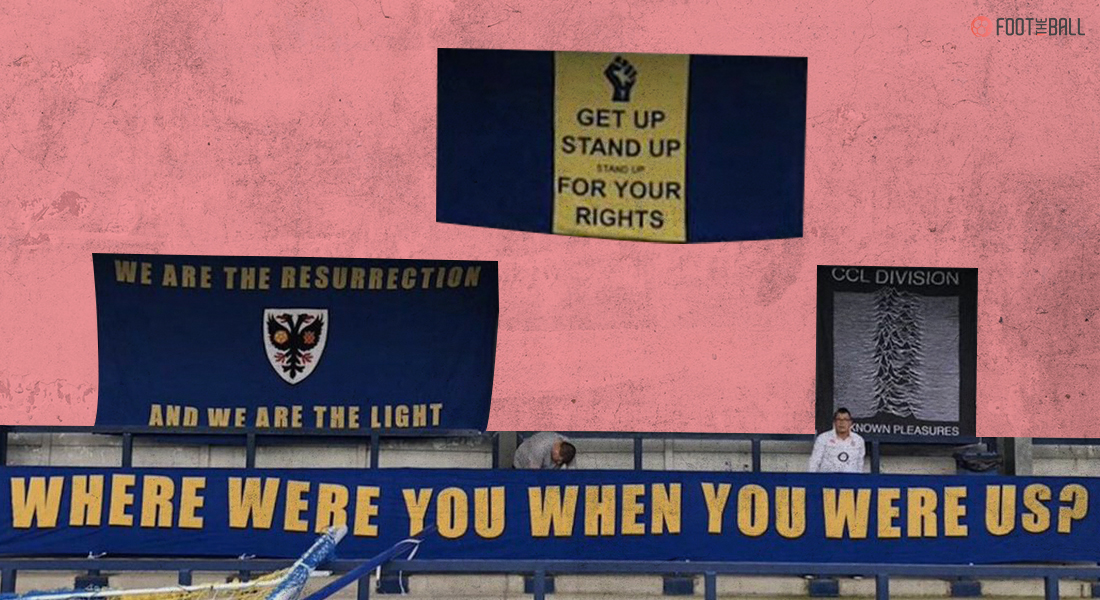 FC St. Pauli have spent just 10 seasons spread out across the last six decades in the German top flight. AFC Wimbledon have never reached the second division in England. FC United of Manchester have not played in the Football League’s top four divisions. Yet, these three sides have captured the hearts and imaginations of football supporters around the globe.

Of the three sides, St. Pauli are by far the oldest and certainly the ‘biggest.’ Based out of Hamburg, they are famous worldwide for their unparalleled fan culture.

St. Pauli fans are the true working class and their ideals never waver – the fans are anti-racist, anti-homophobia, anti-fascism, and anti-sexism. They do not believe in insulting the opposition and their players – their chants are based on positive reinforcement. 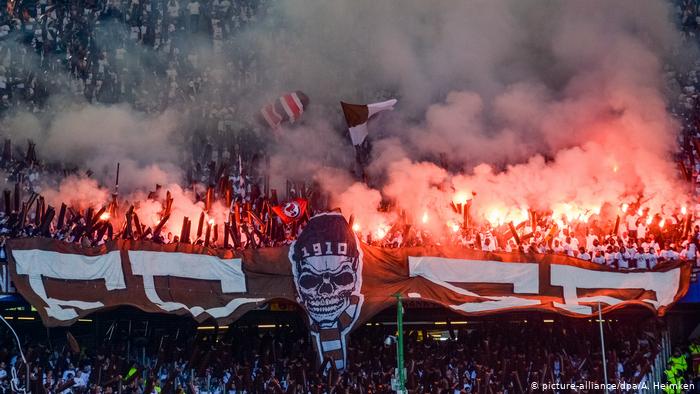 Their working class, punk, rock and roll image formed in the 1980s when Germany was fraught with the squatter movement. Hafenstrafe in Hamburg was one of the major sites where the movement was strongest. St. Pauli’s Millerntor stadium was nearby and thus, working class people, prostitutes, activists, drug addicts, started frequenting their matches.

The symbol of cross and bones on black flag was adopted as the informal sigil and this has spread worldwide. St. Pauli became a hub for radical politics, a centre-piece to build working class politics around. The ‘Kult’ image was never officially adopted but with fan influence so strong, it was hard to go against it for the board.

Here are our DIIY branded shirts for the 2021/22 season. DIIY stands for maximum sustainability and fair working conditions across the production process. The outfield player shirts are unisex.

A few fans made it to the board which helped bring synergy between the club and the supporters. Volker Ippig was a famous goalkeeper who has anarchist leanings and was a part of the squatter movement. He first played for St. Pauli and later became their goalkeeping coach.

St. Pauli has become an ideal that leftists believe that all football clubs should follow. The club has drawn international intrigue and has managed to retain its ethos while slowly monetising some of its Kult image. It is a great example of how fans can define what their club means, even from the outside, and how a football club can help improve the community around it.

AFC WIMBLEDON – WHERE WERE YOU WHEN YOU WERE US

Over 90 years after the formation of FC St. Pauli, another club was formed – out of anger and disdain. Wimbledon had become an English football mainstay, enjoying a few seasons in the English top flight and becoming one of the most iconic sides with Vinny Jones and the Crazy Gang in the late 80s and early 90s.

👷 @VinnieJones65 went from being a hod carrier and playing non-league football on weekends to helping Wimbledon win the FA Cup, captaining Wales and starring in movies 🏆©️🎞️

However, as the new millennium came around, the club ran into financial problems. Their home ground, Plough Lane could not be used due to unmet standards, the club was sold to two Norwegian businessmen who in-turn decided to sell Plough Lane. They eventually sold the club to a consortium that was undertaking large scale development in Milton Keynes – a town 90kms away from Wimbledon’s traditional home.

AFC Wimbledon hung up these banners before their match against MK Dons (Courtesy: PBS/Website)

And thus arose AFC Wimbledon. The club is owned by the Dons Trust, an organisation run by supporters of the old Wimbledon. Since its formation, AFC Wimbledon has risen through the divisions – entering the Football League for the first time 10 years ago.

They got promoted to League One in 2016 and have managed to avoid relegation in the four seasons since. The new 2021/22 season will be their fifth consecutive in the English third division. AFC Wimbledon have never been relegated since their formation and they look set to be a mainstay in the Football League.

Perhaps, a bigger achievement is the impact the club has had on the community. AFC Wimbledon have developed an extensive network at the grassroots level in terms of infrastructure and coaching to support the local children.

A club run by fans doing extremely well on and off the field? Almost as if the sport was not meant to be corporately owned.

Speaking of corporate ownership, the worst owners in modern football of a club are undoubtedly the Glazers of Manchester United. The Americans have been at odds with the Red Devils supporters since their takeover in early 2000s, crippling the club with debt.

In 2005, the fans decided that they would rather not support a team that did not stand for their beliefs and decided to form FC United of Manchester. It is the largest fan owned club in England in terms of numbers and currently plays in the seventh tier – Northern Premier League Premier Division.

United of Manchester spent four seasons in the sixth tier as well before being relegated back in 2019. The club acts as a community benefit society with the board being democratically elected. Each member gets only one share and one vote irrespective of the amount contributed, with the minimum being 15 GBP for an adult and 3 GBP for a child.

The club does not allow corporate sponsorship on its shirts and was most notably sponsored by the Bhopal Medical Appeal (a charity dedicated to helping victims of the Bhopal Gas Tragedy in India) in their inaugural season. FCUM works extensively on the grassroots, like Wimbledon, but they’re most famous for the brilliant atmosphere created by the member fans. 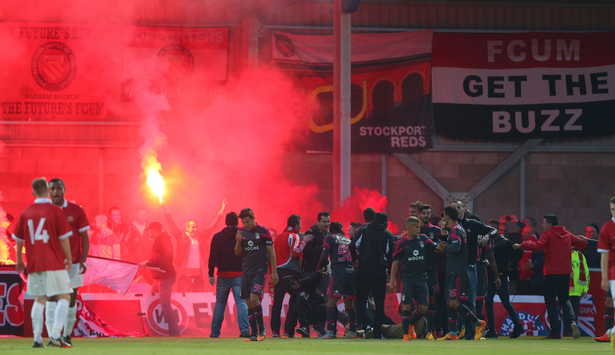 The club stands around the top for the highest average attendance outside the top four leagues. FCUM moved to their own homeground, Broadhurst Park, in 2015 (Benfica came down for the opening match) and it is one of the best places in England to watch football. The quality may not be very high but it is football in its purest form – by the fans and for the fans.

There have been many conflicts within the club over supposed abandonment of their founding principles but in the end, the members have always succeeded – a true justification that their core principle of having voices heard has stood the test of time.

The Super League debacle has caused much doom and gloom for football fans around the world but teams and stories like those of FC St. Pauli, AFC Wimbledon and FC United of Manchester shows that there is hope still. It is these stories that attract non football fans to the sport as well, contrary to the predictions of people like Florentino Perez.

An emotionally devoid sport will not attract a man from Fiji or a girl from New Delhi. Stories shape the sport and fans need to take over to shape modern football into what they want it to be and these three monoliths have shown that change is truly possible.