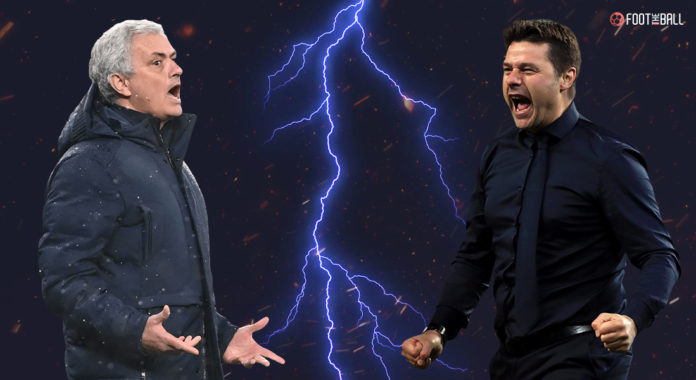 There are great changes coming to PSG this offseason. The 2021-22 season was middling at best. Despite capturing the Ligue 1 title at a canter, their woeful exit in the UEFA Champions League took the shine off of the season.

The Qatari ownership has long seen conquering the continental competition as the ultimate goal. They took a big step in that regard by extending superstar Kylian Mbappe’s deal with some jaw-dropping figures.

There is no doubt that PSG are planning to win it all next season, with Lionel Messi also stating that 2022-23 will be “different” from his side. However, before the on-field action begins, there are some key matters that have to be dealt off the field first.

Sporting director Leonardo is leaving his role, replaced by Luis Campos. The latter oversaw Mbappe’s rise at AS Monaco and held the same role for Lille too.

Campos is the man who built Lille and AS Monaco miracles, a huge one for PSG. Official statement in the coming days. pic.twitter.com/SaUE7hzBOu

Les Douges thrived on developing players before selling them for huge profits. PSG will be hoping they can do some good business in the transfer window soon, after last year’s smokescreen.

However, the more important change in regards of playing is coming in the managerial department. Mauricio Pochettino is reported to be on the verge of being sacked after an underwhelming time. One of the names to replace the Argentine is that of Jose Mourinho.

🇵🇹 “Luis Campos, the new Sporting Director, is a huge fan of Mourinho.”

🔥 “I’m sure Mourinho would be tempted to work with Messi & Mbappe.”

The Portuguese led Roma to the UEFA Europa Conference League title, cementing his status as one of the best in the European finals. PSG desperately need someone to help them win the ultimate prize.

Mourinho has won it twice already. This does seem like a great match, but will it work out like that? There are certainly pros and cons to firing Pochettino and replacing him with Mourinho.

There is no doubt that when it comes to Europe, a team will want Jose Mourinho in charge. The outspoken manager has won all of his European finals and has a European trophy with four clubs.

His pedigree at the biggest stage is unmatched. Meanwhile, Mauricio Pochettino has only reached one European final, which Spurs lost in a pretty weak fashion.

Therefore, PSG feel this option is the only way they can finally bring the Champions League trophy to Paris.

They have tried a variety of managers over the years to no avail. Will the arrival of Mourinho make them an inherently better team? Unlikely. Can Mourinho impart his wisdom and navigate a journey through Europe? Surely.

There is no doubt that PSG are a team filled with egos and big personalities. These need assuaging and managing in the right manner. Pochettino has tried his best, but his approach has been not sturdy enough.

There are a lot of minutes to juggle, which has not been adeptly handled. Gini Wijnaldum has not had enough game time and made his complaints known.

Gianluigi Donnarumma complained about his frustration at having to share duties with Keylor Navas. These little issues need to be ironed out, and Mourinho could be the man. He has a history of working with the biggest personalities in the game which could bode well.

Not afraid to confront

Jose Mourinho has never been one to shy away from speaking his mind. He will let his players know what needs to be done.

This was evident when Roma suffered a shellacking at the hands of Bodo/Glimt in the Conference League. Mourinho publicly called out his second-string squad who were not up to the task.

Maybe PSG do need a strong hand in dealing with their incapacities. Pochettino was not the most outspoken manager, choosing to be a quiet operator. Did PSG become too complacent? They very well could have been.

Something that has followed Jose Mourinho all throughout his later career. He can get too confrontational at times, which acts as a deterrent to the team’s well-being.

Moreover, Mourinho is not afraid to clash with referees or officials. He has also called out his players and opposing managers on numerous occasions.

That kind of behaviour gives fuel to his critics who feel he throws his players under the bus. On the other hand, Pochettino is a likeable character in the media and can negotiate well.

He rarely has outbursts of emotions in public and can operate through dense public scrutiny.

Some of Mourinho’s infamous flareups have led to the eventual downfall of the side. It happened at Chelsea during his second spell. Manchester United had a huge falling out with the manager.

Spurs sacked Mourinho after poor results. For a while, it seemed to be heading the same way with Roma.

Mourinho was a vanity appointment from Ed Woodward. A manager out of his time. A manager who looked more and more like a dinosaur with every week that passed.

However, the pair steadied the ship at the right moment. Therefore, PSG cannot afford to have the combustible and flammable version of Mourinho. In this regard, Pochettino was always cool and collected, not giving anything away in public.

A major reason behind the success of Roma with Mourinho was the lack of any true superstar. The squad gelled as a whole which brought them European success. The matter is entirely different with PSG.

They have a bevvy of world stars, and that is just their front line. Players will want to play every game. Not all of the games will go swimmingly.

Therefore, Mourinho will not be afraid to drop some big names. That is a big point of difference from Pochettino who persisted with his star players. How will Mourinho react to this new setup? Only time will tell.