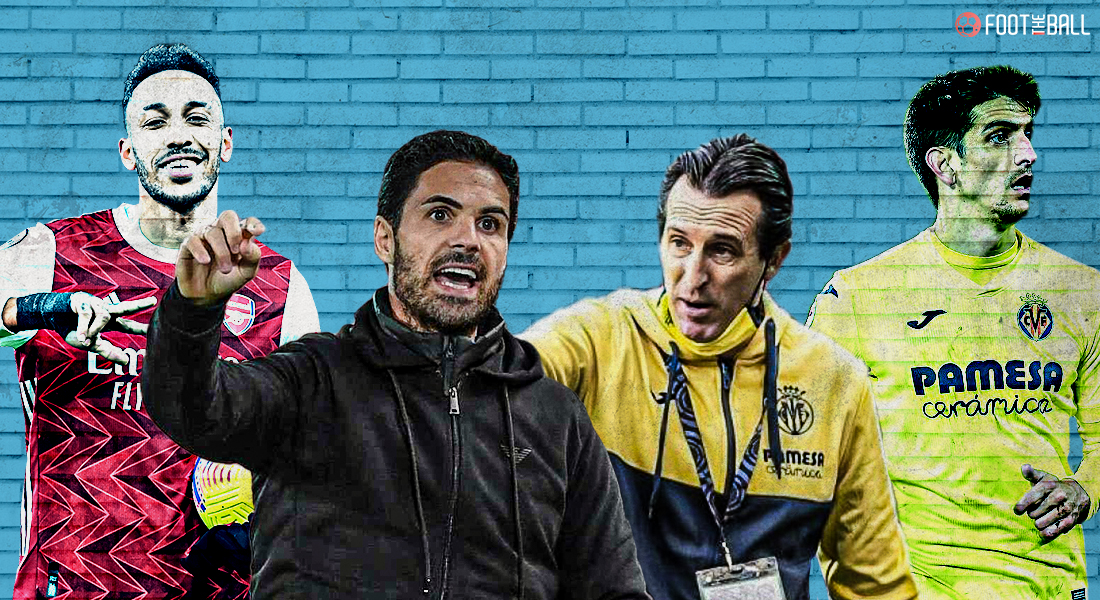 Arsenal prepare to host Villarreal in the second leg of the Europa League semi-final on Thursday. The closely fought first leg ended 2-1 in the favour of the Spanish side at La Ceramica and the second leg will be another intriguing battle as Unai Emery returns to the Emirates.

Arsenal have had a poor season domestically and depend majorly on the Europa League to find a silver lining.

With just one goal between the two sides, Arsenal are still pretty much in the competition thanks to the Nicolas Pepe spot kick in the second half.

🔴 Nicolas Pépé with an important away goal for Arsenal. Will they turn the tie around in London? #UEL pic.twitter.com/rAgVDrkZLo

It will be a battle of egos as Arteta’s men clash with former manager Unai Emery. Emery has won the Europa League thrice with Sevilla and reached a final with Arsenal only to be beaten by arch rivals Chelsea.

Arteta had a mixed first season with Arsenal as they finished 8th but won the FA Cup, followed by a disastrous second season as Arsenal struggle to stay in the top half of the Premier League.

The winner will meet either Manchester United or AS Roma in the final at the Stadion Energa Gdańsk in Poland.

Mikel Arteta will be worrying about the increasing injury list as David Luiz had to be subbed off early in the second half against Newcastle. Kieran Tierney has been out of action for over a month now and is yet to fully recover. Arsenal’s highest goalscorer this season Alexander Lacazette is also a doubt for Thursday.

Arsenal played the first leg with a false-9 without a proper striker in the lineup but it didn’t turn out well and Aubameyang is likely to lead the line this time around. Bukayo Saka and Pepe can flank him on either side with Smith-Rowe behind to supply.

Unai Emery is expected to deploy the same lineup as the first leg with the exception of out injured Juan Foyth and suspended Etienne Capoue. It can be a major loss for the Spanish side as Foyth was one of the best performers in the first leg before pulling his hamstring. Paco Alcacer and Gerard Moreno will be leading the line once again as Villarreal would look to end the tie by cancelling Arsenal’s away goal.

Bukayo Saka has caught everyone’s attention with his all round attacking inputs in the Arsenal team. The 19-year old has 16 goal contributions this season and will be a key asset for Arteta as he fights to keep his job.

10+ – Since the start of last season, Bukayo Saka (19y 166d) is the youngest Premier League player to have reached double figures for goals (10) and assists (16) across all competitions. Hope. pic.twitter.com/cQMN2bOKvx

The Arsenal no. 7 likes to drift wide and dribble the ball past defenders with his skills and close control before using his game awareness to create chances for his teammates. Saka’s close control attracts fouls from defenders, just like he won the penalty in the first leg which gave Arsenal the away goal they needed.

Pau Torres, the tall, quick, ball-playing left-footed centre back would be key for Villarreal as they look to defend a one goal lead against an explosive Arsenal attack.

The 24-year-old Spanish defender is known for his ability to read the game to break opposition attacks and turn them into counter attacks with his on-the-ball abilities.

Clean sheet at one end, goalscorers at the other 💛⚽️#UEL pic.twitter.com/XiA2XQzZUP

His partnership with veteran Raul Albiol will be crucial to hold down Arsenal at the Emirates.

It is going to be a season defining fixture for both sides and the one with more desire and commitment will likely find the edge. Villarreal have not won a major trophy in its 98-year long history while on the other hand, Arteta has his job and a Champions League spot on the line.

Based on their recent form, tactics and squad quality, FootTheBall predicts a 1-1 draw at the Emirates as Villarreal go through on aggregate.