A surprise in Germany? 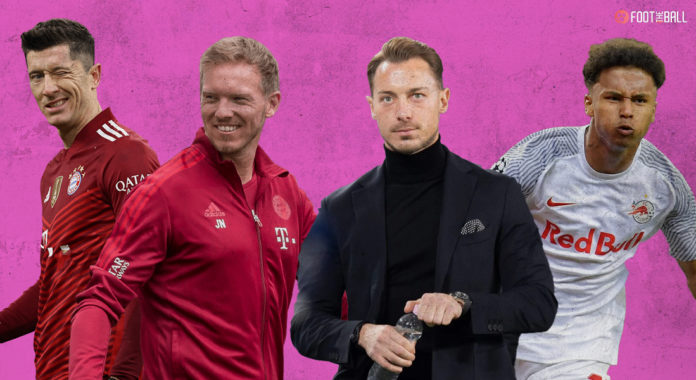 One of the most finely poised second-legs in this year’s Champions League. The surprising thing is it shouldn’t have been like this between these two teams.

Bayern Munich eked out a draw in the last minute to avoid an embarrassing defeat last time. The Bavarians have not been in the best of forms recently, drawing two and losing once across all competitions. Though they are on course to win another Bundesliga title, the European sojourn will not be that easy.

Thomas Muller has been revitalised in recent times and is one of the greatest at his role. Robert Lewandowski is scoring for fun but hasn’t found the net in his last two outings. To be fair, Bayern have the personnel to get the job done quite easily at home. However, the outcome is far from certain with this Salzburg side being in fine form.

Matthias Jaissle is one of the finest young coaches in world football currently. RB Salzburg have already topped their league by a difference of 18 points. They have several top young talent who have really taken Europe by storm. Karim Adeyemi, rumoured to be joining Borussia Dortmund, has all the signs of a world class attacker. Salzburg are the perfect embodiment of the young upstarts who are gunning for Bayern’s scalp.

Getting in the mood for tomorrow 🗞️⤵️

This is the first time they have made it past the group-stages and what a journey it has been already. Having led till the final minute at home, they crumbled to let Bayern escape with a draw. Though the atmosphere will be far more daunting away from home, the Austrian side have all the makings of a giant killer currently.

Manuel Neuer is progressing but there are doubts over whether he can participate. Corentin Tolisso and Leon Goretzka remain out.

Noah Okafor went off with an injury in the first-leg and has not played since. Benjamin Sesko’s inclusion could be a last minute call.

Lewandowski was expertly marshalled in the first-leg which the Pole will be desperate to change. He is one of the most premier strikers in football currently, with 28 goals in the league. Though his pace has decreased a bit, Lewandowski remains the ultimate fox in the box with impeccable finishing. Julian Nagelsmann can always count on him to finish off chances better than most players. Lewandowski’s predatory instincts both in the air and on the ground mean that his teammates are always on his lookout.

The Bayern No9 in all competitions this season:

Bayern have great wide players who can put in crosses and Muller will be looking to forward the ball at every opportunity. Salzburg’s defenders are not the greatest in tight spaces along with not being crafty enough for Lewandowski. He will look to ghost into the box along with taking shots from distance as Bayern can overload their opponents often easily.

For Salzburg, a lot of hope rests on their own super attacker in Adeyemi. The German international is having a breakout season, having netted 15 times in the league already. His rapid pace and intelligent movement causes a lot of problems as previous opponents have seen. Adeyemi will be especially useful against a Bayern defence that has looked far from their best in recent times.

Karim Adeyemi has already won 6 penalties for RB Salzburg across all competitions this season. pic.twitter.com/B8MafMNmIf

The backline has conceded seven times in their last five games across all competitions. The absence of Neuer in goal is a big problem as Sven Ulreich tries his best but the gulf in quality is noticeable. Even Niklas Sule and Dayot Upamecano have looked fallible often this season. Adeyemi loves running at defenders and given how quick Salzburg’s other attackers are as well, they could overwhelm the defence at times.

Despite Salzburg earning a huge draw and away goals not being counted, winning in Germany looks a tall order. Bayern are the overwhelming favourites and should coast home in front of their fans. FootTheBall predicts a 3-0 win for the Bavarians.