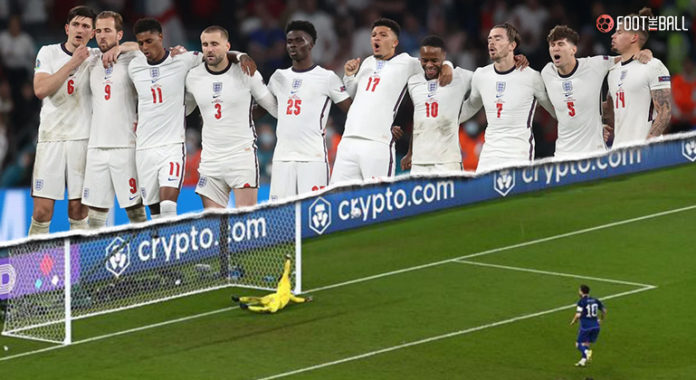 The beginning of the end of this men’s FIFA World Cup in Qatar is upon us. Among other things, it also means that the jittery, nail-biting anxieties of watching a penalty shootout would inevitably follow, as it did when Ismail Elfath blew his whistle at the end of extra-time, with the deadlock staying unbroken between Croatia and Japan in the Round of 16.

The only time a World Cup didn’t require the intervention of a penalty shootout to settle a stalemate in any of its fixtures was in 1978 in Argentina, the edition where FIFA officially inaugurated this rule.

The next edition was in Spain in 1982, where we first got exposed to the euphoria and the heartbreaks induced by penalty shootouts when West Germany nosed out France 5-4 on penalties in the semifinals.

Ever since, each World Cup has dallied with this phenomenon at some point in time, with four World Cups (1990, 2006, 2014 and 2018) seeing four penalty shootouts – the most produced in a single competition.

Luck, chance, and unexplainable, incomprehensible events contribute to the beauty of penalty shootouts, but experts would argue that there is also some method to the madness. Historically, there have been some teams who have cracked the code, and others who cannot catch a break once they find themselves in this tiebreak situation.

Of the teams remaining in the men’s FIFA World Cup in Qatar, which ones have the best and the worst records at World Cups? Let’s find out.

The best teams at penalty shootouts

Since the Germans, who share the most loving relationship with penalty shootouts, are already out of the World Cup, it leaves Argentina on the top of the pile. After all, besides Die Mannschaft, it is only Argentina who have scored 17 times in shootouts at men’s World Cups.

With a success rate of 80%, La Albiceleste have featured in the most penalty shootouts in a men’s World Cup (5). They did so in twice in the 1990 Italy World Cup, beating Yugoslavia and Italy, and once each in France 1998, Germany 2006, and Brazil 2014 against England, Germany, and the Netherlands, respectively.

Which is the only team they couldn’t go beyond in penalties? Obviously, Germany, when the two locked horns in the quarterfinal in 2006.

Along with Croatia’s Danijel Subasic, Argentina’s stopper Sergio Goycochea holds the record for the most penalty saves in a single edition of the World Cup (4).

If Argentina are in the conversation, how can one expect Brazil to be far behind? Having lost once versus France in Mexico 1986, the Seleção Canarinho have been on the right side of the tiebreaker on three occasions, against Italy in USA 1994, the Netherlands in France 1998, and Chile in Brazil 2014.

There are other teams remaining in the Qatar World Cup who boast of a 100% win rate in penalty shootout situations, but it is the 1994 World Cup in the USA – where Roberto Baggio famously failed to convert his spot-kick and Brazil edged out Italy by the smallest of margins (5-4) to become the first team to win the World Cup through a penalty shootout – that propels Brazil higher in the pecking order.

Joining the big boys’ party late, having competed in their first penalty shootout only in 2018 against Denmark in the Round of 16, the Vatreni have quickly morphed into experts of the penalty shootout.

With three wins from three penalty shootouts, two of them coming in their glorious run to the final in Russia 2018, Croatia’s golden generation has shown remarkable mental fortitude in these high-pressure situations.

Their wisdom and experience, in all their glory, were on display in their latest win on penalties, which was over Japan in the pre-quarterfinal on Monday.

The Vatreni’s goalkeeper, Dominik Livakovićhi, who saved three Japanese spot-kicks, and at the time, equalled his compatriot Subasic’s and Portugal’s Ricardo’s record of saving the highest number of penalties in a single men’s World Cup penalty shootout.

Portugal haven’t had many cracks at penalty shootouts in a men’s FIFA World Cup. Perhaps the fact that they’ve reached the last eight or beyond only twice has a slight role to play in them merely featuring once in a tiebreaker.

However, when given the assignment, they approached it with conviction, beating England 3-1 in the 2006 quarter-final in Germany, as their goalkeeper Ricardo became the first man to save three penalties in a single World Cup game. The Selecao finished fourth in that tournament.

The Portuguese have performed competently in penalty shootouts at the Euros as well, winning two out of their three tiebreakers.

However, Tuesday, December 6, 2022, was a new day and the Atlas Lions were battling to reach the last-8 stage of the men’s FIFA World Cup for the first time. After valiantly defending for 120 minutes and more, Morocco dragged Spain, who hate penalty shootouts, to the tiebreaker – the first for the Atlas Lions in their World Cup history.

Minutes later, there emerged a now-eternal hero in the shape and form of Yassine Bounou. The Sevilla goalie had perhaps forgotten that letting in a penalty in the shootout would not erase his clean sheet, as he saved Spain’s every penalty and became the fourth man to stop three spot-kicks in a single penalty shootout at a men’s World Cup finals match.

Hakimi had the balls to do it at the moment. Elite mentality 🔥#Morocco #MAR #WorldCup pic.twitter.com/UoJ2BndMt0

The worst teams at penalty shootouts

If you know anything about international football and men’s FIFA World Cups, you would know that England historically have been abysmal at the art of winning penalty shootouts, and the English fans perhaps physically dread the thought of watching the Three Lions go into an all-or-nothing penalty shootout at a World Cup.

Being one of three teams to lose three penalty shootouts in the World Cup finals, England also hold the unwanted record of missing more penalties (8) than any other men’s national team in World Cup shootouts.

However, in Russia 2018, Gareth Southgate’s England won their first tiebreaker against Columbia (4-3) and set a precedent from which they can muster hope for future penalty shootout situations.

Cometh a penalty shootout in the semifinal of a World Cup, cometh a faltering Netherlands side. The Oranje have encountered penalty shootouts on three different occasions in a World Cup, and two of them have been semifinals against Brazil in France 1998 and Argentina in Brazil 2014, where the Dutch could only manage to stutter and lose.

Their only victory, which came against Costa Rica in Brazil 2014 and took them to the semifinals, was iconic for its own reasons.

Louis van Gaal, the current Dutch manager, was at the helm for the Oranje at the time as well. In the 121st minute, in what felt like an eccentric move, van Gaal substituted the starting goalkeeper, Jasper Cillessen, for Tim Krul, who he perceived as a penalty specialist. Krul lived up to his manager’s expectations, won the game for his nation, and preserved a place for himself and van Gaal in the annals of World Cup football.

Van Gaal however didn’t repeat his trick in the following game against Argentina, where the Dutch fell short 2-4 on penalties.

Penalty shootouts have been hit-and-miss for Les Bleus, maintaining a 50-50 win-loss ratio (2W, 2L). But the misses have been graver than the hits, with the famous 3-5 loss to Italy in the 2006 World Cup final in Germany being the most stinging failure.

Incidentally, France also happen to be the first men’s team to lose a tie on penalties, which was ensured by their 4-5 defeat to West Germany in Spain 1982.

However, they also have a history of succeeding in a tiebreaker in a World Cup-winning campaign. In 1998 at home, Les defeated the Azzuri 4-3 on penalties in the quarterfinal before ultimately lifting the World Cup at Stade de France.